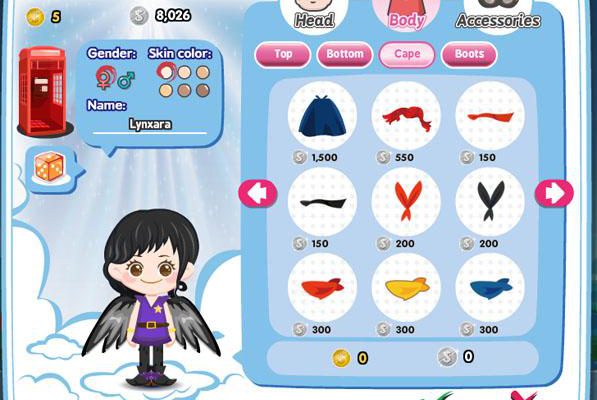 Just when you think a Facebook genre has peaked, some developer finds a way to bring it back with little more than a clever twist to the presentation. My Superkid is a take on the virtual pet genre that removes the pets. It replaces them with a fanciful but perfectly satisfying premise where you’re either raising or becoming (it’s unclear) a child superhero who saves people from whimsical threats by growing golden superpower fruits and playing arcade-style mini-games. Bright and well-designed 2D animations give the graphics, and the game itself, much of its appeal.

My Superkid opens with a long animated tutorial complete with cutscenes. Usually Facebook games front-load this kind of spectacle, but My Superkid actually doesn’t. A similar animated sequence is your reward every time you complete a mission, which involves typical activities like gathering up items or completing tasks so many times. What’s nice about these sequences is that they incorporate your avatar (and sometimes your friends’ avatars) seamlessly into the cutscene, so it feels like as much of a personalized reward as a virtual item might. 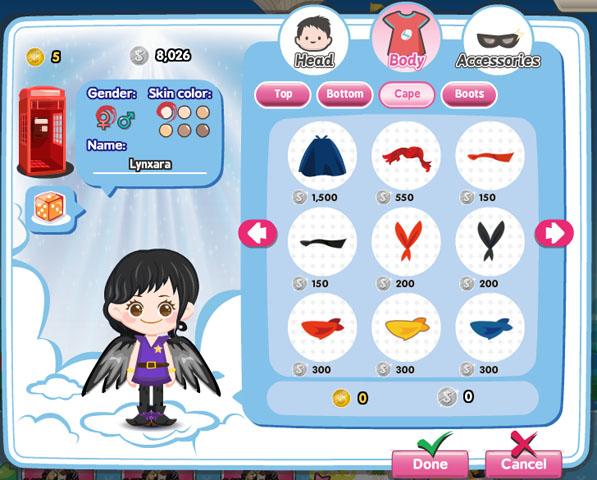 Getting to see your avatar moving around so much in both cutscenes and in the game’s default location gives you more incentive to put a lot of time into designing it. My Superkid‘s avatars are extremely detailed, with 13 points of customization as fine as eyebrow shape and wrist accessories. Even though this game is very new, there are already dozens of options available in major categories and a few genuinely unusual ones. Your avatar in My Superkid has a cape slot that you can dress up with wings, billowing scarves, and a variety of actual capes.

The gameplay in My Superkid is mostly quite standard. You can spend energy to play simple arcade mini-games like a variant of Whack-a-Mole, a timer-based weight-lifting game, and a side-scrolling game where you dodge enemies and collect gems. You can also grow superpower fruits that you spend to complete missions. The one major downside to the gameplay is that you very quickly hit a point where you simply can’t complete any more missions without spending money or getting a certain number of friends (ideally around five) to play the game for you. While most social games eventually get to this point, typically you need to play several days before reaching it. My Superkid gets there within a couple of hours of the game’s beginning. 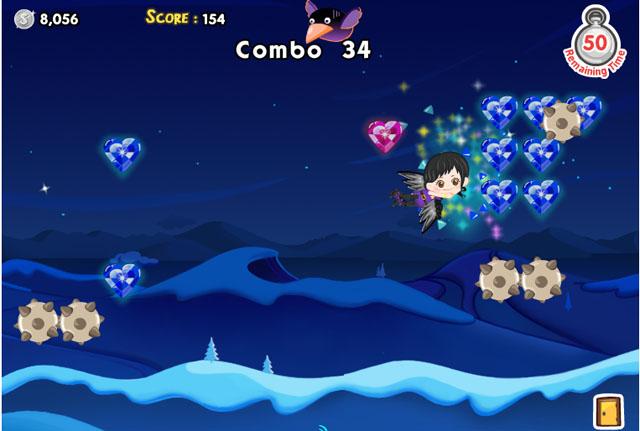 It’s worth noting that My Superkid couldn’t run correctly in the Chrome and Firefox browsers during the test period. The game did run correctly in Safari and Internet Explorer, but the graphics-heavy presentation caused noticeably slowdown while multitasking in both browsers. Still, if you’re not burnt out on virtual pet games and can get the requisite number of friends to play with you, then there’s really no reason not to pick up My Superkid. It’s one of the few games on Facebook that’s a pleasure simply to watch.