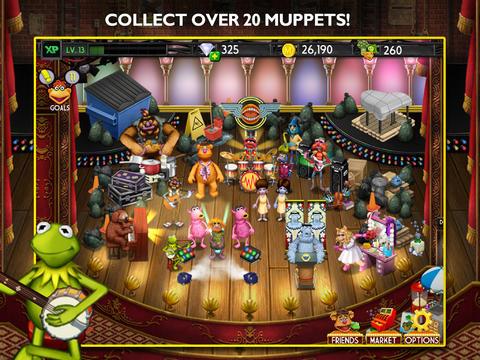 The tune’s a little familiar, but the harmonies still shine

It’s time to play the music. It’s time to light the lights. It’s time to have some fun, so pull out your iOS device. My Muppets Show by Disney and Big Blue Bubble (BBB) is a simulation/music game that plays a great deal like BBB’s excellent My Singing Monsters. In fact, My Muppets Show simply swaps out one horde of cute monsters for another. It’s hard to complain, however, since Jim Henson’s shaggy puppet pals are legendary. They also have some great pipes, and some corny jokes.

My Muppets Show kicks off when Bunsen Honeydew accidentally digitizes the Muppets. Of course, not even an existential crisis is enough to stop the Muppets from performing. They take up residence in an abandoned theater and wail their hearts out.

It’s a lonely show at first. Faithful gopher Scooter demonstrates how to put Animal into the show, where he does what he does best: bashes on the drums. It’s up to you to add performers one-by-one, including Rowlf the pianist, Sam the Eagle (who contributes his deep vocals, ’cause it’s the patriotic thing to do), Floyd the bassist, Gonzo, the Rats, Miss Piggy, Kermit on his faithful banjo, and lots more. As you add voices and instruments to the chorus, the discord turns into a hopping concert that dishes out a maddeningly catchy beat.

Building up the Muppets takes time (a lot of time) and effort. The stage is overflowing with garbage and abandoned objects that you need to clear away. You also need to expand your dressing room so that all the performers have living space. The Muppets are a hungry bunch, too: you have to build concession stands to keep them fed. Feeding a Muppet raises his or her level, which allows him or her to earn more coins.

Muppets that are level four or above can also make use of “Hank,” a robot agent that digitizes new performers into the show by combining two Muppets’ punch cards. My Singing Monsters requires you to breed monsters in order to get new ones, so it’s understandable why Disney went with punch cards instead (unless Hank and his punch cards are a euphemism for something else. Gonzo? Miss Piggy? Why?! Oh, poor Camilla!). 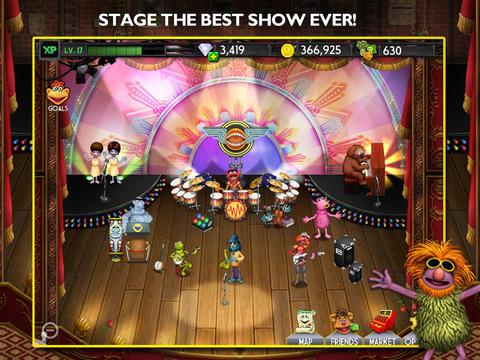 My Muppets Show is definitely worth a playthrough, even if you’ve already experienced My Singing Monsters. For one thing, BBB’s original formula holds up well. And whereas My Singing Monsters is fun because you wonder what sound a new monster is going to make, My Muppets Show is engaging because it’s familiar. When you digitize Rowlf or Sam, you already have an idea of what they’re going to sound like, which makes it all the more awesome when they bust out their parts.

It’s just too bad the wait times in My Muppets Show drag on forever unless you pay hard currency (the game reminds you of this option over and over). Digitizing a Muppet can take hours. It helps to have the patience and gentleness of Kermit. Be the frog. There are also some connection issues to contend with, but they appear to be a very occasional problem. Taken as a whole, My Muppets Show is charming and addictive. Not even Statler and Waldorf will find much to tear apart here—though they’ll certainly try.