Home / Reviews / My Little Pony: Puzzle Party Review – One For the Fans 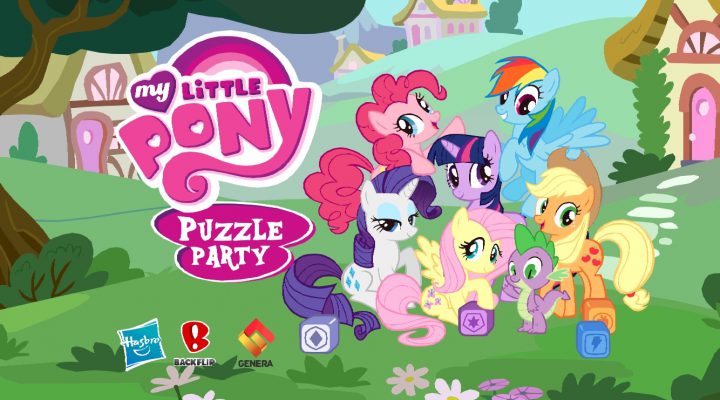 When the original My Little Ponies made their debut in the early 1980s, I was just old enough to covet and then eventually collect them. The castle, the stables, the bright colors, whimsical characterizations, and doe-eyed expressions were undeniably attractive to young girls of the era. However, my age betrays me now as over 30 years later I’ve never quite been able to saddle up with the most recent version of the MLP franchise. Although the “modern” design and the attitudes of the newest ponies have never felt authentic to me, they have been massively successful.

My Little Pony: Friendship Is Magic, a licensed television series which began in 2010, found a new generation of pony lovers among young girls, while also attracting older audiences; check out the documentary on “Bronies” for more on this strange phenomenon. Today’s ponies are sharp and sassy (unlike the doughy and demure ponies of my youth) and now have a brand new free-to-play game to add to the franchise product roster. 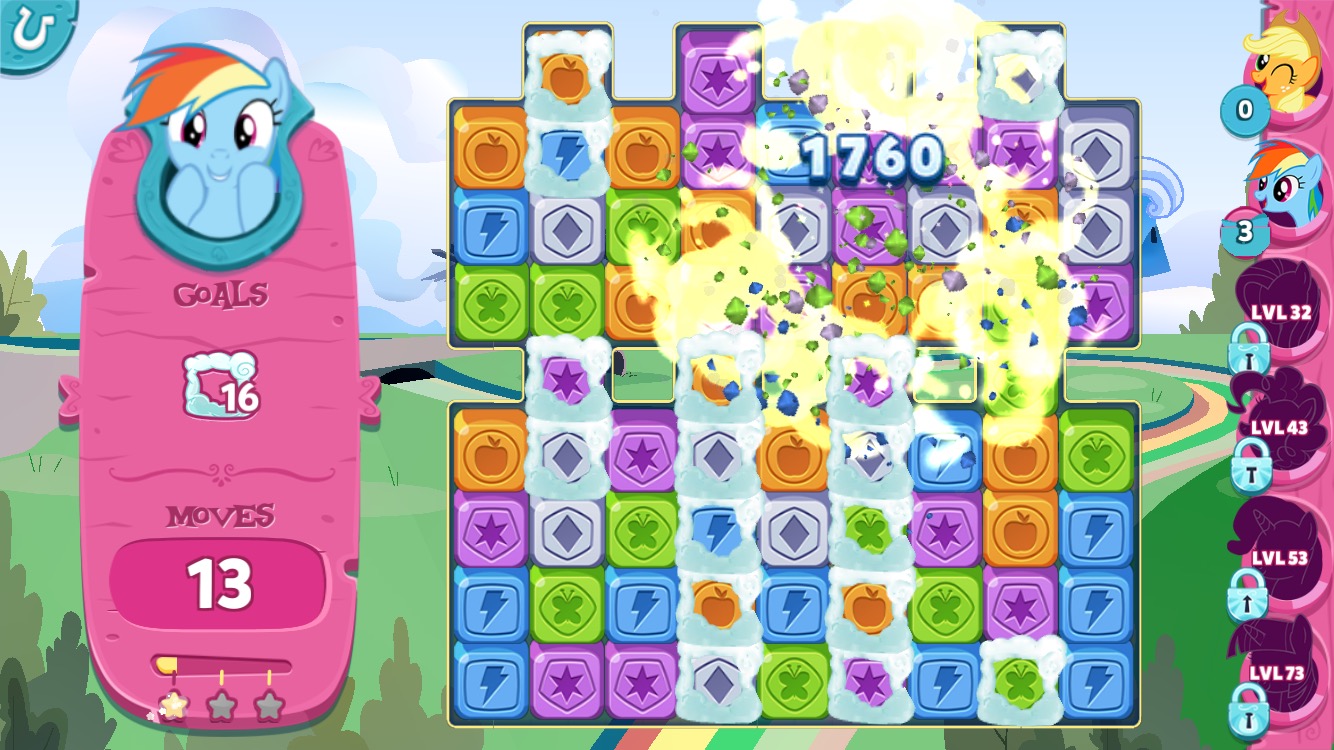 My Little Pony: Puzzle Party is a match-3 style game (though you can match 2 and still progress) where you must clear adjacent blocks of the same color to gather specific collections, such as blocks of certain colors or falling apples or cupcakes. You can’t move the blocks, but removing blocks in certain combinations and configurations will restack surrounding blocks so they can be matched and cleared.

There are standard boosters familiar to any match-3 player which will clear rows, columns, adjacent blocks or random blocks. Combining boosters will create an impressive spectacle of special effects and help you advance much more efficiently. Power-ups come in the form of specialized help from ponies such as Twilight Sparkle, Fluttershy, Rainbow Dash and Applejack. These ponies and their helpful skills are unlocked by level progression. There is also a light storyline that brings the characters together and motivates some of the level challenges and their related items.

The game looks and sounds great. For the purists, the voices of the television show cast will delight and entertain. The scenes and locations feature the exciting world of the show, along with the script and character development. The graphics are juicy bright and remain loyal to MLP’s signature artstyle. The animations are celebratory and as upbeat as you’d expect them to be, most notably with a massive confetti bomb released over the board upon clearing a stage.

But the actual mechanics of Puzzle Party do feel all-too-familiar, with most boosts or powerups clearly mappable to genre predecessors. The same IAP pressures happen over lost lives, additional moves, powerups and boosters. Folks who enjoy the occasional match-3 and who might still be impressed by the standard modes of clearing a board will likely feel right at home with this one. However, hardcore matchers who are looking for innovation within the genre won’t find much here.

Conventional gameplay mechanics notwithstanding, My Little Pony: Puzzle Party feels very much like a brightly wrapped, glittery rainbow gift to fans of the franchise. My Little Pony has a very strong fandom and playing this game offers another way to engage with the MLP world. The casual nature of a match-3 would seem to fit in well with the cartoon audience, though the IAP structure may alienate some—in particular, younger players with less expendable income. But even so, My Little Pony: Puzzle Party is a cheerful, exuberant experience that’s worth the free download for any MLP fan.