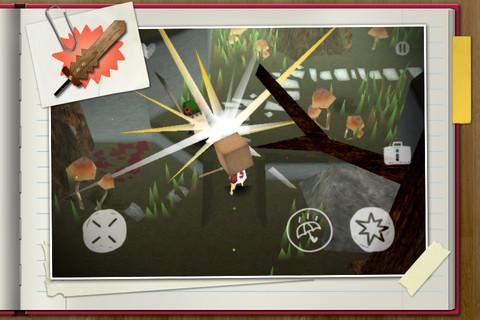 A mini adventure with a mini hero

The “monsters in the closet” mindset that children have might seem irrational to adults, but it’s a very reasonable fear from a kid’s perspective. The unknown is frightening, and that is only amplified by the contorted shapes of shadows across the wall. I’ll admit that I was a pretty big scaredy-cat when it came to bedtime as a child, but that’s all the more reason to love the adorable concept behind My Little Hero.

It feels like the second your parent leaves the room, everything goes wrong. As soon as it’s time to go to bed the boogeyman rises from your closet, stealing all of your precious toys. It’s up to you, a brave child (complete with a cardboard helmet and sword), to conquer your fears and storm into the closet. There, you’ll find full lands of forest, desert, swamp, and shadow to conquer.

One of the most notable factors of My Little Hero is the visual style, which seems to take a few pages from the works of Tim Burton and the film Coraline. Every enemy is constructed in a felt sock puppet-style, complete with stitches and little button eyes. The concept works perfectly with the childhood nightmare theme, and it looks great, too.

Gameplay is about as simple as can be. A stick on the left controls your movement, while a large button on your right attacks and interacts. A second button is assigned for special items once you obtain them, but that’s as complicated as the game will ever get.

Set in a 3D world that often remains confined to 2D mechanics, My Little Hero plays a lot like recent portable Legend of Zelda titles. You solve puzzles, defeat monsters, battle bosses, and collect new items along the way.

This is kind of an unfair comparison, because it’s watered down from Zelda in just about every way, but it’s the best way to explain what kind of adventure awaits you.

Your main quest moves from area to area, when eventually you’ll encounter a new item needed to move forward in your quest (in this case, a flashlight, slingshot, floatie, and umbrella). Said item will aid you through the rest of the area, and will also play an integral role in each boss that you battle. Rinse and repeat.

Each stage contains a hidden path leading to one of your stolen toys. You apparently have quite a collection, which will give several extra hours of gameplay to any completionists out there. Each boss monster defeated can be mended with collected buttons in order to obtain better gear, offering a nice reward for players willing to spend a little extra time.

It feels really odd to say this, especially for an iOS release, but My Little Hero is the first game in a long time that I felt was too long. There’s plenty of adventure to go around, with the 30+ stages, likely taking around 4-6 hours to complete (and that’s without scouring each area to find all the collectibles). What’s wrong with that?

The big issue is that despite the sizable length, most of it feels like needless padding. Almost every stage’s puzzles rely on two mechanics: pressing switches and moving bridges. This type of obstacle is fine in moderation, but can get a little tedious when it becomes the focal point to every stage. 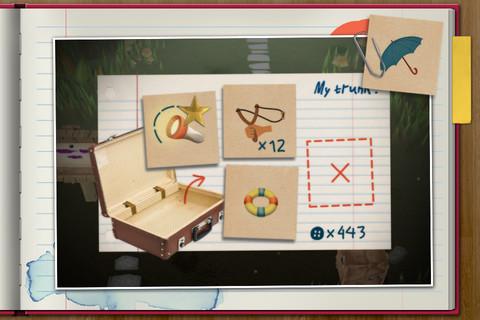 There are a few puzzles that aim to use the unique tools that you’ve acquired, but they are all variations on this same concept. While there are plenty of unique enemies to face over each stage, you can only travel over so many bridges and switches before it starts feeling old.

Our other complaint comes from the fact that My Little Hero has one of the starkest difficulty curves I’ve ever seen in a game. I hacked and slashed my way through the first four fifths of the game thinking “this game will be great for young kids looking for a simple adventure.” Then, the last few bosses happened.

Without spoiling anything, I will just say that the last boss in particular is brutal. It takes a ton of damage, and has a really cruel trick where it can occasionally predict your movements. Personally, I loved the challenge, but I was still thrown completely off-guard by it.

My Little Hero might not be the perfect and deep Legend of Zelda clone that many await for iOS, but it still offers a charming and nostalgic look into the iconic childhood hero fantasy. Like your average nightmare, things get pretty crazy toward the end, but players willing to brave through the challenge will find a fun and rewarding experience.