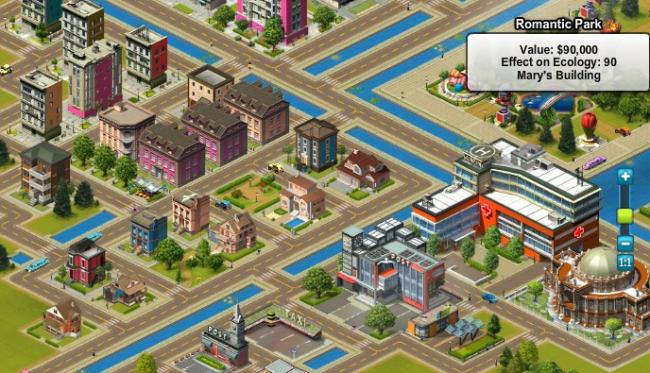 My Country attempts to differentiate itself from the current crop of Facebook city building with a focus on realism. There’s a proper economy and you have to deal with things like producing electricity and managing environmental concerns. Somehow, these features don’t make the experience overly complex, which makes for one of the few social city builders that actually does something new and interesting while staying accessible and fun.

Of course, much of the game is still what you’ll find in other similar experiences. You still buy buildings and then build them up with multiple clicks. The difference here is in order to make money off of businesses you’ll need to staff them up and give them contracts. And in order to hire staff you’ll need to finish collections, another genre mainstay. It’s a great twist. Collections have become a feature that you can’t get away from in social gaming, but My Country turns them into something useful.

And that’s the thing about the game: superficially it’s very similar to other games, but it’s a much more refined and complex experience than most of them. And it does all this with an added touch of realism. For example, in order to upgrade a building like a taxi stand, you’ll need to buy more cabs so that it can take on larger contracts. Incredibly, you’ll also need to monitor both how much pollution your city produces and how much energy it needs. Planting trees and flowers counteracts pollution, while setting up windmills and solar panel installations will help satisfy your citizen’s energy needs.

These systems aren’t terribly complex, as they both amount to simply buying enough of the right thing to set everything straight, but they definitely help with the realism factor. Unlike games like CityVille, in My Country it feels as though you’re actually dealing with some of the real issues that go into building a city. 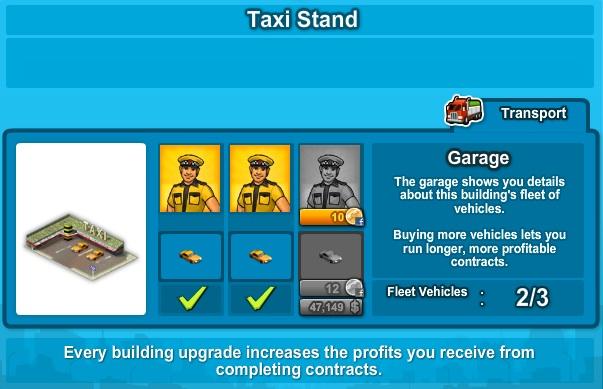 My Country also has a novel approach to premium currency, as virtually everything in the game that can be purchased with Facebook credits can also be purchased with the in-game currency. So if you save up enough cash you’ll be able to do things like speed up the building process of an office or hire a new employee without having the prerequisite collection completed. Now the in-game currency prices are quite high, but it’s still a great feature as it at least gives you the option.The only real issue with the game is that it lacks a really unique sense of character. The visuals are detailed but not exactly eye grabbing, and the quests and goals you’re given are standard stuff. There’s no way you could tell how different this game is just by looking at it.

Unfortunately My Country is a game that’s easy to overlook. There are simply so many city building games on Facebook that it makes it hard for the game to stand out, especially as it doesn’t look particularly new or innovative. But it is. The changes that it has made while striving for enhanced realism only make the game better.