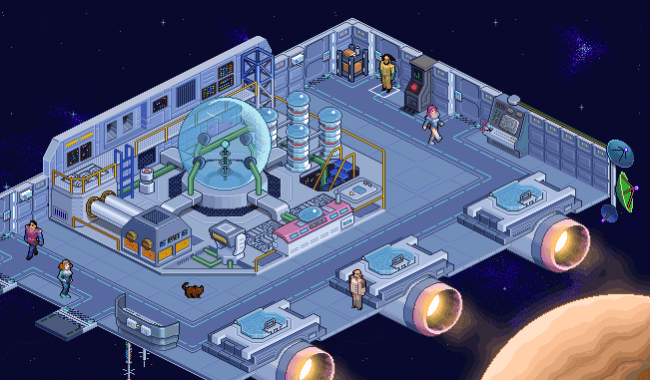 A lukewarm, mushy experience all around

On paper, Mush should be fantastic. You are a crewmember aboard a spaceship, and each other crewmember is also a player online. You’re tasked with working together to keep the ship safe and stocked, while venturing out to surrounding planets to gather information, resources, and whatever else you can find. But here’s the catch: there’s an alien disease spreading throughout the ship, and you have no idea who has turned.

A great idea indeed, and one that I was eager to jump straight into. Unfortunately the proof lies in the execution, and this isn’t so well thought-out. Clumsy, slow-moving free-to-play action means that it’s difficult to truly immerse yourself in the drama, and eventually you end up just bounding around the ship every so often, completing a couple of menial tasks here and there that aren’t exactly what I’d describe as exciting or fun.

The game starts off pleasingly enough. You choose a character, get plopped onto the ship, and are then shown the ropes, from keeping yourself fed to manning the turrets and taking down enemy ships. This is all told from an isometric viewpoint, with the various rooms on the ship separated up as to show what you can see at any one point.

Mush is a semi-turn-based style affair. You’re given action and movement points, and once these have run out, you then need to wait for the start of the next “cycle” – i.e. 3 hours of real time – before you can make another move. Hence, it’s all about making the best of your actions, and preparing yourself for what you hope to achieve in the next round.

There are huge amounts of events to attend to in Mush. You can be part of team-based research on the vessel. You can jump in a turret and go blaster crazy on the surrounding enemy ships. You can go and have a shower to wash off the stench of potential Mush. You can sleep, eat, explore, and generally feel like a real spaceship staffer.

The game is always giving you ideas of what to do next, too. The “Alerts” panel at the top tells you things that require immediate attention, while the “Tips” panel is always throwing ideas your way, which you can then cycle through if need be. Meanwhile, the message panel allows you to talk to other players on your ship, and coordinate between you to get numerous tasks completed.

Of course the issue is that, while you will want to get others to help you in a bid to move advancements along more quickly, you know that at least someone out there is infected with the alien virus, and is plotting to give it to as many people as possible through their co-operative actions. People with the virus have telltale signs, such as being a bit stinkier than other people, and hence, in trying to get help from others, you also need to be wary of the evil surging through the ship.

As you’d expect, you can contract the virus too. If this happens, the aim of the game entirely changes, and you’ll now want to either infect as many other people as possible, or destroy the ship. Even when you’re not infected, you always have to keep in mind that this is someone else’s goal, and it will be affecting your own tasks in many adverse ways.

Mush has all the makings of a classic, then, but falls far short of its potential. The main issue is that the turn-based style proceedings, while pleasantly tactical, also lead to a severe lack of immersion. I can play for around five minutes, and then I have to leave the game for three hours before I can play for another five minutes. By that time, I’ve sort of forgotten what my big plans were, and in general my enthusiasm for the task at hand has well and truly dropped off.

And the free-to-play elements are pretty icky too. You can buy “Klix” – aka real-money currency – that can be used to get more action and movement points than your fellow crew members. This essentially makes Mush a pay-to-win game, and this is awful for the people who aren’t paying money, as you know that if there’s anyone onboard that is paying real cash, they have already beat you. 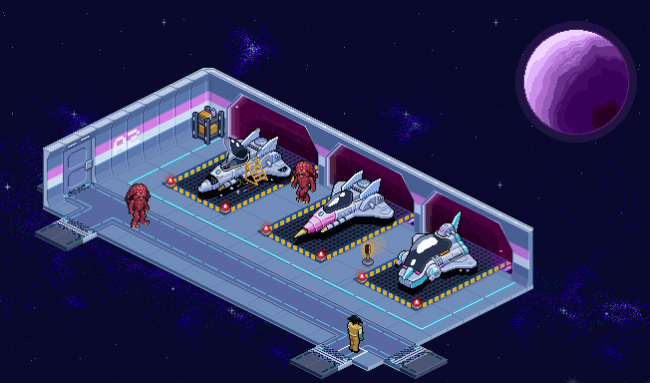 You can also get a “Gold Mode” real-money subscription that, once again, gives you additional action and movement points, and also provides you with doubled experience points, more health, and more. Again, it puts a massive downer on the non-paying people, as you know that you’re at a disadvantage before you even begin.

But quite honestly, Mush has other large-scale failings besides its presentation and monetization. The entire experience just feels very unfocused and clumsy, and I spent most of my time with the game not really sure what was important, and what I should be spending my action points on.

The “Tips” page, for example, would hint at doing something, so I’d go ahead and make my way to that task. Halfway there, and suddenly that tip would disappear and be replaced with another one on the other side of the ship, discarding my original mission as if it wasn’t all that interesting anyway. A lot of the things I did in Mush felt like they weren’t really having a major impact, or felt in any way satisfying. 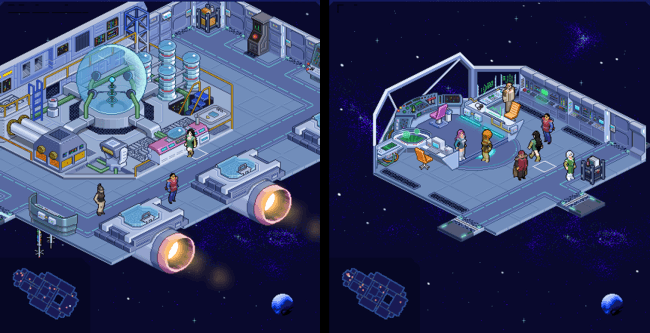 Part of this is down to the fact that, for the most part, Mush is a game about numbers and percentages. A lot of the events you attend to onboard will simply advance a number along, and when that number hits 100 percent, you are then asked to contribute to a different integer instead. There aren’t exactly many parts of Mush that I would deem entertaining in any way – it’s basically a turn-based Cookie Clicker disguised as Star Trek.

All this being said, I would still suggest giving Mush a try. It’s free-to-play, so it’s not like it will cost you anything to demo the game – plus, there’s no denying that it’s a unique experience. I just wish someone could do the concept some justice.