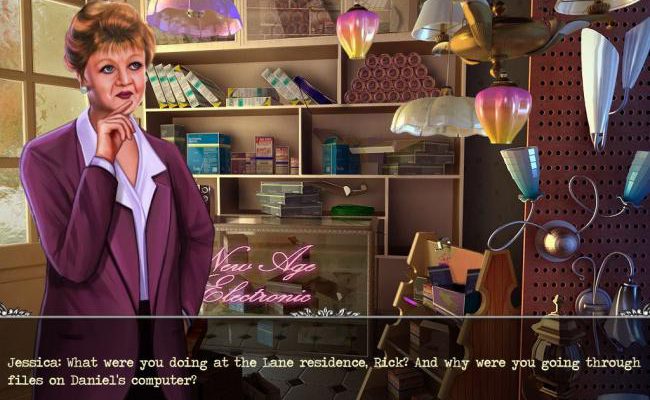 In Murder, She Wrote 2: Return to Cabot Cove, players will resume the role of Jessica Fletcher, the fictional best-selling author who finds herself wrapped up in three new scintillating murder mysteries. From a stolen painting to a shocking death by electrocution to a literary fraud, players will solve puzzles, search for clues, and interrogate the suspects to help Fletcher solve each case before it’s too late!

The setting of Cabot Cove is greatly emphasized here in this sequel, but you don’t have to have played the first game in the series, or been a fan of the 80’s TV show to follow along with all the twists and turns in this exciting hidden object adventure. The first two mysteries, “Masterpiece of Murder” and “Moose Lodge Murder” both take place in the idle Maine town, while the James Joyce-inspired “Finnegan’s Fake” has Jessica hunting for clues in a snowy college campus in Ireland. 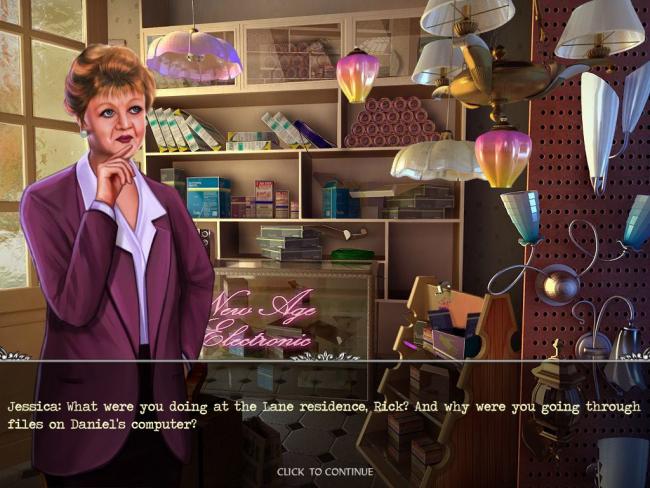 As you play you’ll begin to learn your way around town, and by the time you solve the first case, you’ll be an old pro at navigating the autumn streets and storefronts. The snowy campus in “Finnegan’s Fake” is beautifully drawn and a nice change of scenery, but it does leave the third mystery feeling a little detached from the rest of the game, especially considering the game’s subtitle, Return to Cabot Cove.

The colorful visuals and voiceover work are both extremely well done throughout Murder, She Wrote 2, but the dialogue can be a little cheesy sometimes. Jessica and company love jumping the gun and openly accusing anyone and everyone based on the smallest shred of evidence; and conversely, the suspects are pretty quick to fess up to their crimes and reveal everything they’ve done and their reasons behind it. But the storylines are always endearing, and the corniness does more to make you smile than take away from the overall experience. And for what it’s worth, I was often surprised by the big reveal at the end of each mystery. 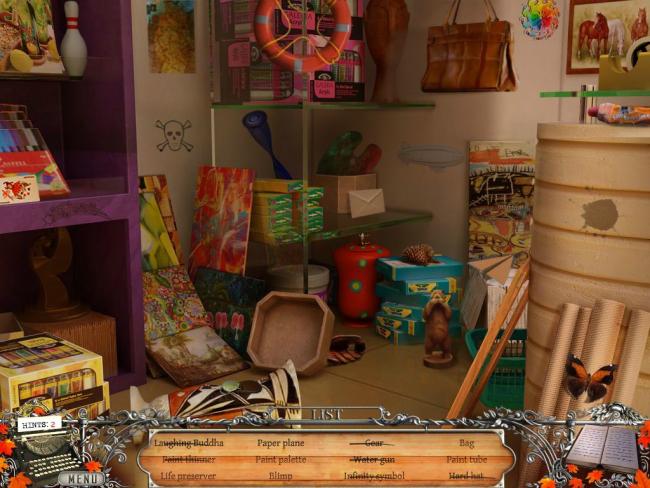 In the beginning of the game, the adventuring aspects can feel a little overwhelming. Be prepared to find dozens of locks without keys, drawers without handles, and nothing in your inventory to solve these growing piles of roadblocks at first. Some of the roadblocks are a little silly though, and you wonder why Jessica simply can’t bypass them without the need of an item. For instance, at one point Jessica refuses to pick up a much-needed item in the pharmacist’s lemonade pitcher, because she doesn’t want to put her hands in his drink. Another time, she can’t pick up an item because there’s a tiny spider sitting on top of it. If I was investigating a murder, I’d be willing to put aside my fear of spiders or sacrifice somebody’s lemonade if it helped me solve the crime.

The hidden object gameplay from 2009’s Murder, She Wrote returns here as great as ever, and it doesn’t try to change the formula that worked so well in the first game. In each hidden object scene, players are encouraged to find six typewriter keys that correspond to the vowels of the alphabet. Doing this will fill in the words on your list, and give you a better idea of what exactly it is that you’re looking for. You’ll play each hidden object scene twice, but the settings are so mesmerizing and the object lists are so different every time that it hardly feels redundant.

Murder, She Wrote 2 offers a great variety of puzzles as well, and besides a few duds here and there, they are all inventive and fun to work through. I especially liked one puzzle that has you mixing different colors of paint to make a specific shade of blue, to match the one found at the scene of the crime. However, there are no step-by-step hints during puzzles if you get stumped. You can either solve a puzzle yourself, or choose to skip over it entirely, which can feel a little cheap. Luckily, none of the puzzles in the game are so challenging that they can’t be solved with a little extra brainwork. 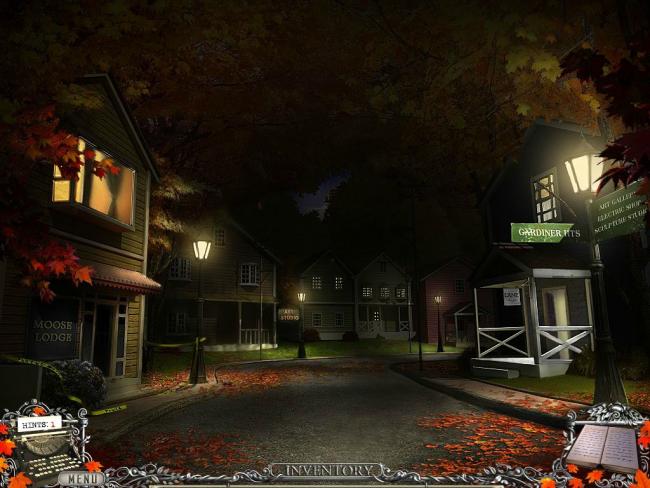 The biggest drawback to the game is its length. The sequel is already two mysteries short of the five scenarios in 2009’s Murder, She Wrote, and players can see everything the game has to offer in just a handful of hours. There is also very little here in terms of replay value, other than playing through the same three cases again. “Masterpiece of Murder” is extremely intricate and can last upwards of two hours alone, but the last two cases can each be completed in an hour or so, and don’t feel as fully realized or nearly as thought out as the first.

However, for the short time it lasts, Murder, She Wrote 2: Return to Cabot Cove is an extremely polished hidden object adventure game that’s fun for detective fans of all ages. With its thrilling stories and addictive mix of hidden object and exploration gameplay, this is one adventure that is hard to put down once you get started: just like a great mystery novel should be.