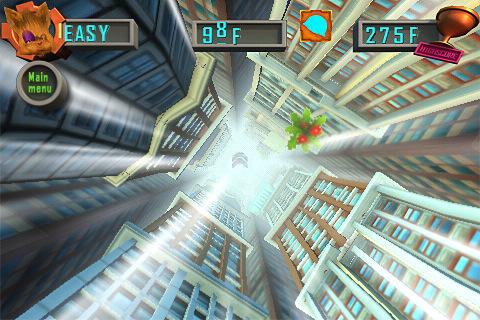 Mr. Falling is a fast and fun survival game that’s hard to put down

Mimicking a formula first seen in games like Jimmy Pataya and AaaaaAAaaaAAAaaAAAAaAAAAA!!! — A Reckless Disregard for Gravity, Mr. Falling is a survival game that’s all about falling as fast and as far as you can. Played in a first-person perspective, Mr. Falling gives players a bird’s eye view of the action as they gain speed and attempt to dodge obstacles on their descent. Players control their movement by tilting, and one wrong title could send them careening into a flower box or a cement floor to their inevitable death.

Unlike most survival games on the market, Mr. Falling offers more than just a single mode of play. While the offering here only bumps things up to two, each mode offers a uniquely different experience. ‘Death Mode’ offers the game described in the previous paragraph, in which players will attempt to steer clear of obstacles until they crash into one, thereby ending the game. ‘Time Mode,’ on the other hand, lets players see how far they can get in 90 seconds. It’s a pairing of modes that reminded us of an early version of Fruit Ninja, and if you’re fortunate enough to have played that gem, you’ll know how a simple variation can make all the difference in the world.

While you can’t die in Time Mode, you can still hit objects which will cause you to bounce back a few feet and lose all of the speed you’d accrued until that point – and speed is a big part of what makes Mr. Falling so much fun. The longer you survive without hitting something, the faster things get. The faster things get, the more challenging the game becomes. It’s a simple formula, but it’s one that absolutely works. As a result, Mr. Falling easily falls into that “just one more game!” category of high score driven titles.

In addition to being fun, Mr. Falling manages to impress with its sounds and visuals. Players will be boxed in by apartment buildings as they fall, and each of these buildings is painstakingly rendered in 3D. The obstacles show the same level of detail, despite whizzing past your head at a hundred miles an hour. Even the music is catchy and high production, offering up a classical tune in which the pacing matches perfectly to the frantic nature of the game.

But while we loved what Mr. Falling had to offer in terms of presentation, there’s one small hiccup here that stuck out like a sore thumb. Before each game begins, you’ll have to view a quick image of a pregnant anthropomorphic creature and her disapproving mother, who demands to know who the father is. That’s strange enough on its own, but the developers have put a huge profanity in there for no apparent reason. As a result, this otherwise family friendly game becomes something no parent would ever hand over to their child to play. It’s in really poor taste, and serves no apparent purpose. 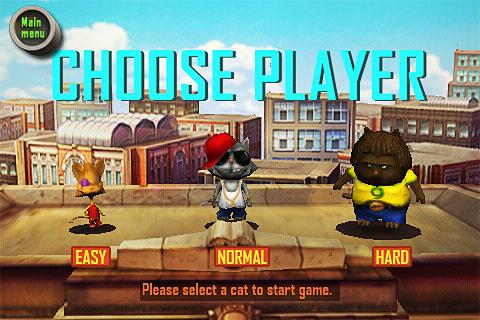 The cut scene seems to set up a story, but it’s not a story that makes any sense. Once the image disappears, you’ll need to pick between three different cats – each representing a different difficulty level. This cat, one can assume, is the daddy. So his solution to knocking up his girlfriend is what? Leaping to his inevitable death? It’s just downright bizarre, especially considering that a game of this sort doesn’t really need a story to begin with.

Outside of the story, our other complaints are few. Since this is a game all about high score, we would have loved to see something other than a proprietary leaderboard so that we could compete against our friends. OpenFeint or GameCenter integration would have been a big plus here. We would have also liked to see an option to adjust tilt sensitivity. While we found the game to react perfectly in its default state, there’s no avoiding the fact that some players have a natural tendency to over-tilt, while others can’t help but under-tilt. A sensitivity adjustment would make sure that Mr. Falling is a comfortable experience for everyone.

While the awkward cut scene might mean Mr. Falling isn’t appropriate for kids, the rest of the game provides a solid level of fun that anyone can enjoy. With a few tweaks, this could easily rank among the best survival games on the App Store. Whether you’re a fan of high score driven gameplay or simply want to see what it feels like to fall forever, Mr. Falling is a title that’s well worth a look.