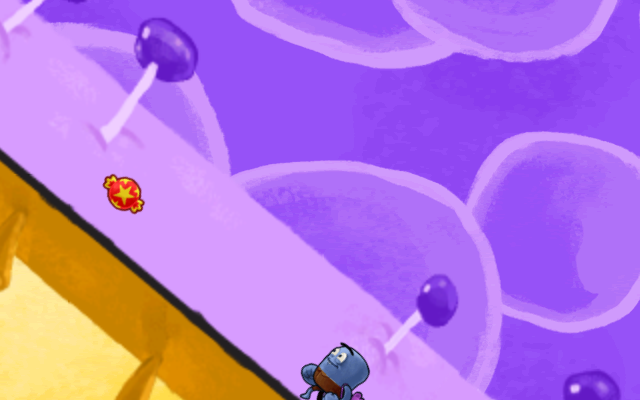 The cavities are worth it

It isn’t the easiest thing to pull off, but charm can be a powerful draw for a game. It can leave players with a sense of bliss that transcends the gameplay itself, and inspire them to frequently return. It’s exactly why I play Kirby’s Adventure for the NES on a regular basis. It’s fun, sure, but it’s also endearing. Mr. Dreamer has a similar hook to it, and I’m already convinced I’ll be firing it up for months to come.

The game tells the story of Poncho, a cubicle worker with no love for his day job. He dreams to pass the time, and it just so happens his dreams are strikingly similar to an endless runner game. Come to think of it, though, endless running in dreams is somewhat of a real-world trope – kind of like waking up abruptly after dreaming you fell off a cliff.

Lucky for both Poncho and the player, these dreams are different from the average endless runner. There’s a single track to run on, and the object is to stay on the top side of it at all times. If you run on the bottom of it, your stamina will quickly drain and cause you to wake up. The game will constantly force you to tap on the screen to switch the side of the plane you’re running on, and you’ll be tasked with gathering candy to both build up your stamina and earn speed boosts.

In fact, the entire dream world has a very candy-centric appearance. I spotted hills lined with lollipops; plains with cookies sticking out. And each world ends with Poncho running into a massive cupcake. All of this is complimented by the seemingly hand-painted aesthetic, which gives the game a clear visual advantage over many other endless runners. 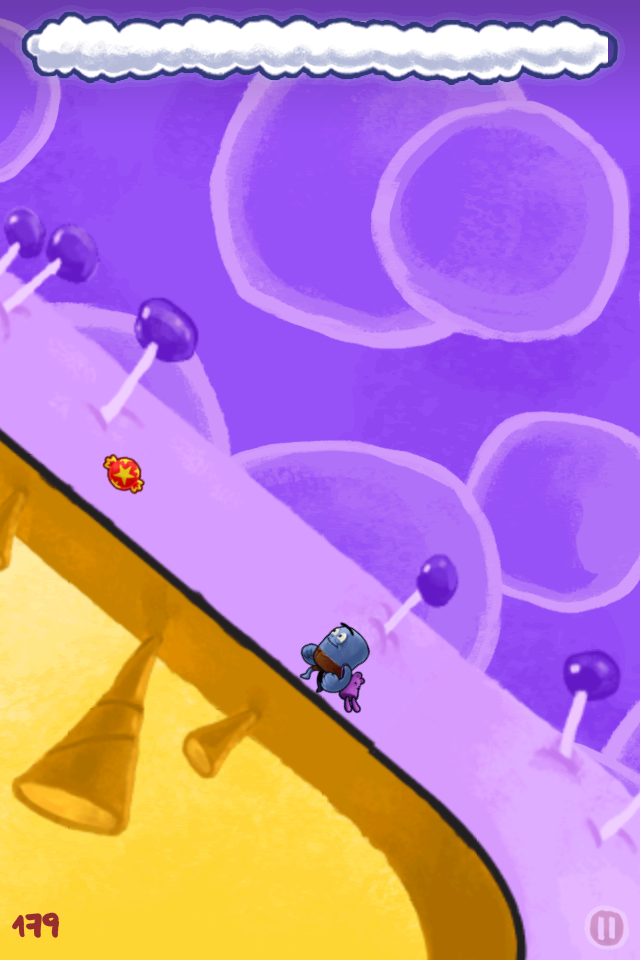 Don’t let its looks fool you, though: this is no easy game. Staying on the right side of the track is one thing, but there are also obstacles like bombs and the Broccoli Boss that need to be avoided at all costs. And despite there being different worlds in the game, dying sets you back to the very beginning. How old school!

While that’s all fine and dandy on a conceptual level, I was forced to contend with a decline in framerate on a semi-regular basis on my iPhone 4. It’s possible this isn’t an issue on later iOS devices, but it caused me to run into some bombs without having any real chance to protect myself. An unintentional lesson in the importance of not falling asleep at work, sure, but frustrating all the same.

Despite that setback, I thoroughly enjoyed Mr. Dreamer‘s take on the endless runner genre. It could have tried to rest on the loins of its charming graphics, music, and premise, but instead it went the full mile and offered up a unique style of gameplay. It also made me crave sugar, but that’s more a personal fault than anything else.