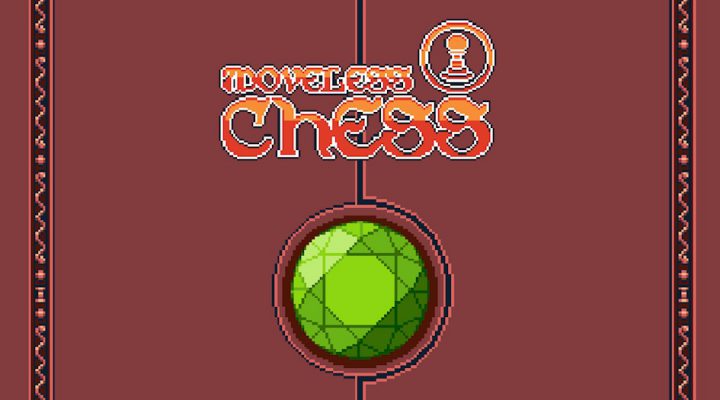 A clever twist on a very familiar game

Puzzles get quite perplexing

Not much to look at

The gameplay timer is a hindrance

The name Moveless Chess likely elicits the same response from most people the first time they hear or see it: “How is that even possible?” I was skeptical myself, but turns out it’s totally possible. You just have to think of it in terms of a puzzle.

Half of Moveless Chess is a more typical version of the game. The AI moves pieces around normally, once per turn, in an attempt to prevent you from achieving checkmate. The other half is your territory, where instead of moving pieces around the board, you have to swap what’s already placed with new types of pieces — with the added caveat of having a limited pool of points to sped on said swaps. 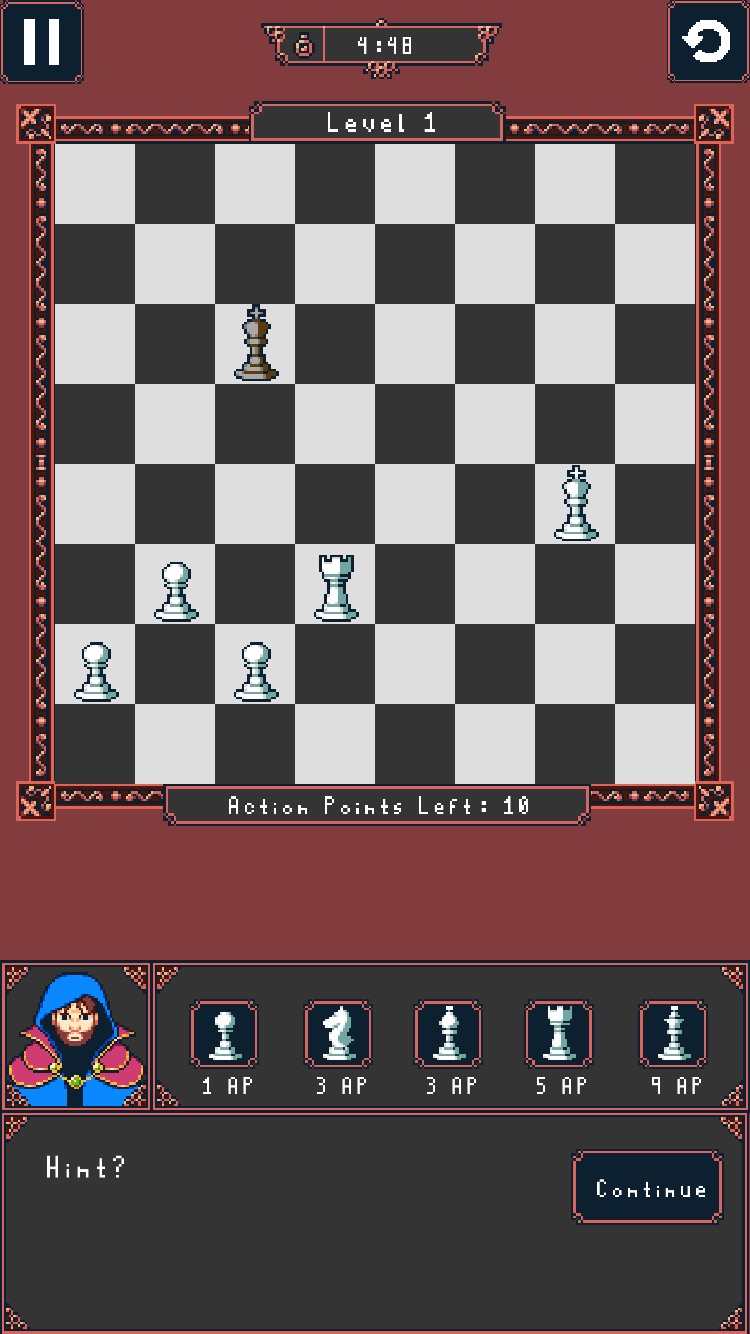 It’s a bit of a bizarre approach, but it really works. The placement of the pieces on the board can lead to some interesting solutions, as you can only drop something where you already have something else set up. Then you have to factor in things like how many points you have to spend, how many points the pieces you can swap in will cost, and how all those pieces could potentially move. Not just your pieces either, but the AI’s as well. Despite your actions being so minimal, there are a lot of factors to consider here. I’m really into how Moveless Chess turns Chess into something akin to Tic-Tac-Toe, and I’m also really into how tricky the puzzles start to get. This is a pretty cool angle to approach a vary, very old and familiar game.

Things could use a bit more visual polish, however. Don’t get me wrong, it looks okay, but everything is pretty minimal. A grid, some chess pieces, and a small menu at the bottom for the pieces you can swap in. There’s the barest hint of a cool pixel art style and possibly a little personality in the title screen, which makes it even more of a bummer that the game itself appears so… typical. I know it’s nitpicky but I think it would’ve been cool if the visual style carried a similar sense of interest as the gameplay itself. 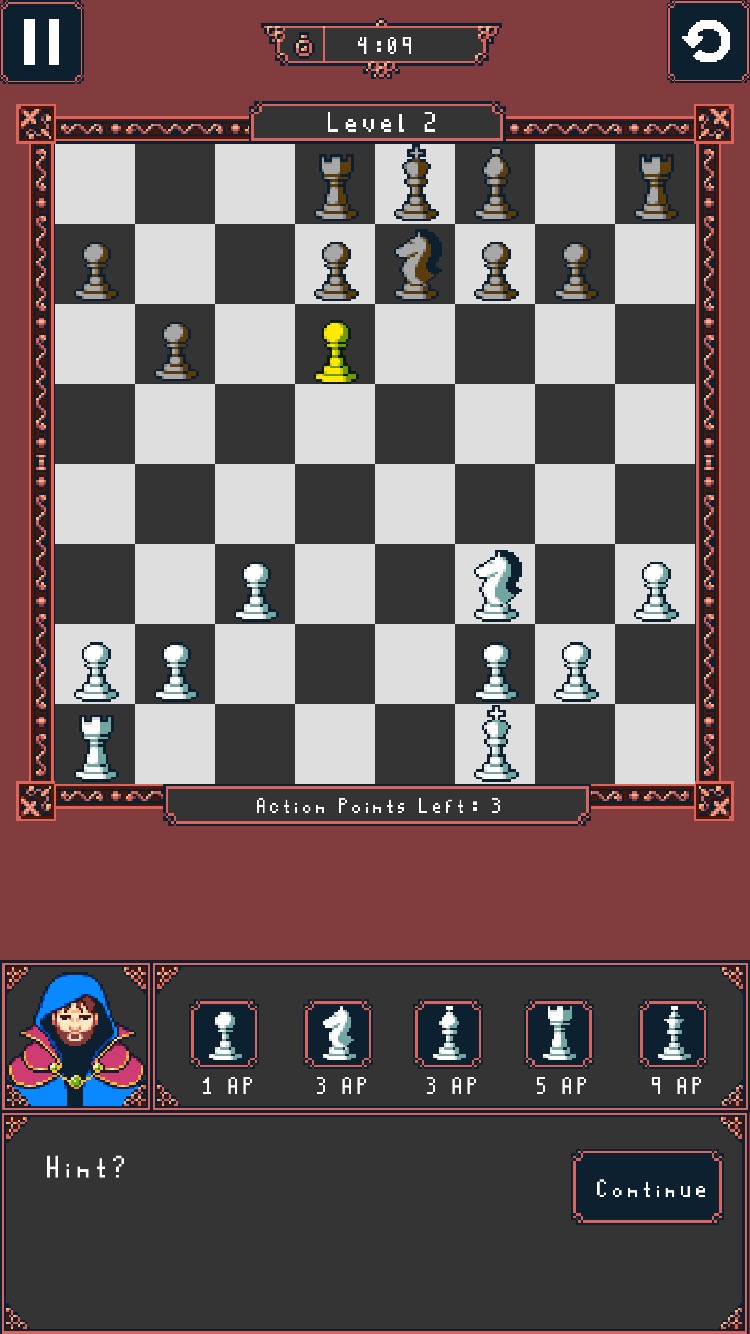 Then there’s the timer, which I’m not really a fan of either. It’s definitely an unexpected approach to give players a set amount of time (that does refill) to play rather than use some form of stamina meter, but seeing as these are puzzles that are meant to be pondered and mulled over, it feels like an impediment. I mean, more of an impediment than may have been intended. It’s not so much the fact that play is limited, but that it can directly interrupt you in the middle of solving a puzzle. You can wait to get more time back or pay to remove ads and the time limit, but if you’re playing for free, there’s a good chance this blockade will get in your way several times as you progress.

It could do with more graphical panache and less interruptions, but Moveless Chess is still a cool and interesting take on something that’s been around for a very, very long time. I suppose it’s technically not “moveless,” because swapping pieces could still be considered a move in the general board game sense, but I definitely think it’s worth a look if you enjoy Chess, strategy games, or offbeat puzzles.