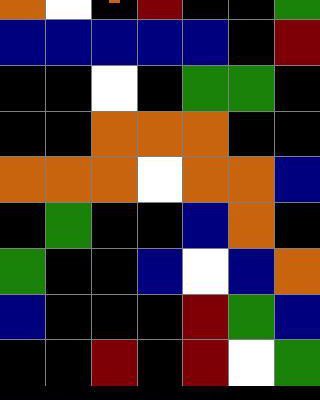 Hey look, yet another puzzle game where I’m making lines and rows to score points. Awesome. Haven’t we been down this road a million times already? Fine, I’ll try it out for myself. Huh. Hey, this game actually isn’t half bad. No, wait… scratch that. This game is pretty fantastic!

I remember as a kid I had the board game Othello, and on the cover it said “A Minute to Learn, A Lifetime to Master.” It’s something I think is true of any great puzzle game. It needs to be something you can teach or learn in a matter of moments, but upon playing for some time begin to reveal some real depth of strategy where you’re learning and re-learning better and more efficient ways of playing.

Take Tetris for example. Use pieces to make lines, fill lines to score points and make them disappear. That’s essentially it, but that’s hardly all there is to it no? So it goes with Move Colors, a game that, while I wouldn’t put it on the same level as Tetris, certainly fulfills the criteria of being easy to learn and much harder to master, all the while being very fun to play. 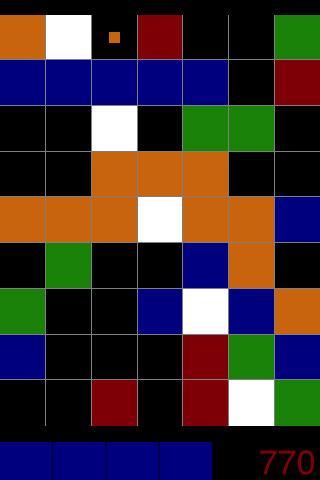 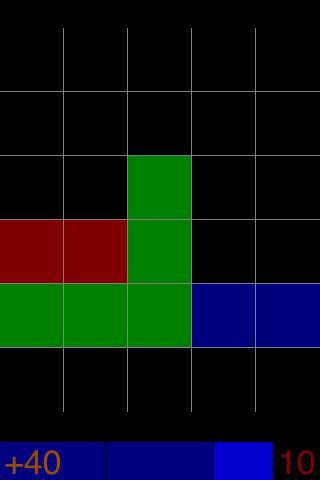 In Move Colors you’re presented with a very plain looking grid of squares. Slowly but surely colors fill up those squares. Using the touch screen you move the colored blocks around to organize like colors into rows or columns. A solid like up and down or left and right scores points and clears the line (and all other like colors touching it). Get enough points and you move to a new level with a different size grid. Sounds easy, right?

Well, at first it’s really easy. You have a nice large grid to work with and only a few colors, so it was easy to organize them as they popped up and never had any trouble at all. Luckily that easy bit only lasts a level or two as you get used to the rules. Soon you’re on grids that have blocks cut out, and more colors than you have places to keep them together. Blocks fill up faster and faster, blocking you as you move the colors around.

There’s a heavy slide puzzle element to it as you shift and slip pieces around each other, moving a single piece out of position so that a few of a different color can pass through. It’s a delicate dance to get the rows and columns complete and gives a good feeling of satisfaction (and the feeling like you outlasted disaster) since there’s always an element of tension as the grid fills up faster and faster.

The graphics and sound are very simplistic, but given the layout is just a grid it doesn’t stick out as being bad. It just made me feel like this game was probably made by one or two people and they spent their time on gameplay and controls instead of graphics. To me, that’s time well spent. After all, who wouldn’t rather have a great playing game with so-so graphics than a beautiful, unplayable mess?

Move Colors was much better than I was first expecting it to be. I didn’t initially see how such a rule set could offer the deeper strategy I like from puzzle games, but it only took me a few levels to see the error of my ways. It’s a fantastic combination of deep thinking and needing to work quickly and precisely.