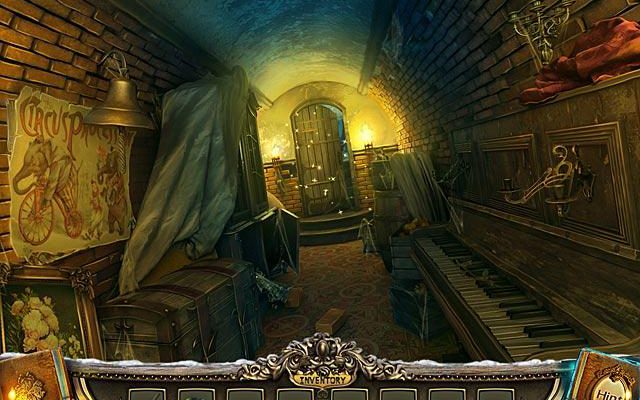 The very definition of an ordinary hidden object game.

Mountain Trap: The Manor of Memories does what many hidden object games are afraid to do: be a hidden object game. It’s straightforward to the extreme, dropping just about every extra feature and gameplay gimmick you could imagine in favor of old fashioned item hunting. This could have been a disastrous decision, but somehow Mountain Trap came out the other side unscathed and ready to be played. 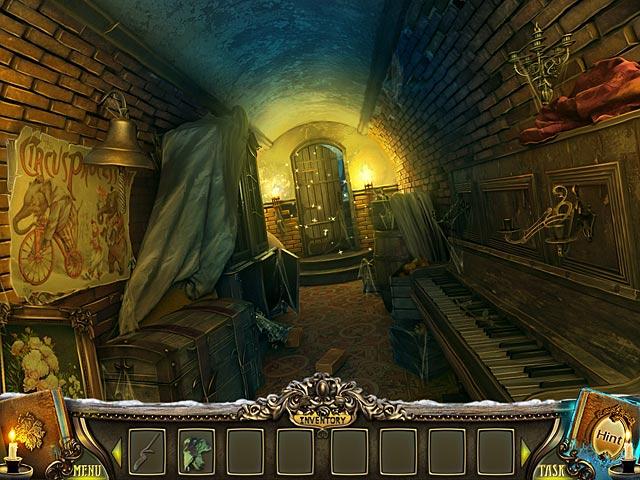 Your ski vacation isn’t going quite as planned. Returning to the resort to attack the slopes one last time, your friend Amy is nowhere to be found. Cell phone reception isn’t all that great this high up Ardennes Peak, so you head to the empty ski patrol cabin and scan the radio frequencies to see if you can find someone. That’s when things get really creepy. A hooded figure peers through the window just as you hear Amy’s voice on the radio calling for help. Her leg is broken and she needs your help, but there’s something else, too. She tries to warn you but the signal is lost, leaving you clueless and frightened but determined to save her. Could this have anything to do with the mysterious mansion nearby? Perish the thought!

Mountain Trap: The Manor of Memories is a somewhat slow-paced hidden object adventure that feels like a throwback to the genre’s earlier days. It’s heavy on atmosphere and goes for story over substance, though in the end it doesn’t really hit a homerun with either. Scenes are divided between exploration and puzzle solving, with a healthy number of hidden object diversions. They tend to be pretty simple and are low on challenge, and just like early hidden object games the crowded rooms you sift through are littered with some of the most random, out of place items you can imagine. (The main character should really clean out her car. Sheesh!) There are some interactive items to toy around with and the list of things to find is extensive, so despite being on the easier side, the hidden object scenes are one of the game’s highlights. 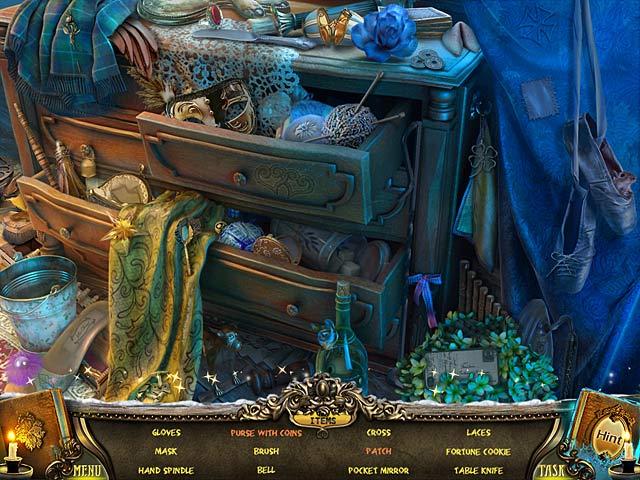 Mountain Trap’s story is hit and miss, starting with a vanishing friend and continuing into even stranger territory once you reach the mansion. There are some genuinely chilling moments to discover, but as a whole it’s a very “been there, seen that” experience. The writing trips over itself frequently and has the cadence of someone who speaks English as a second language. The voice acting is extremely awkward, like a high school student reading cue cards to an audience while the boy she has a secret crush on sits in the front row. But, like they say in grenade throwing class, close enough still counts!

Mountain Trap: The Manor of Memories doesn’t aspire to be anything other than a basic hidden object game. It skates along and follows the format to the letter, hitting all of the requirements for the genre but never thinking about striving for more. The written errors and dry voice acting drag it down a notch, but since the gameplay moves at a decent clip and isn’t broken in any major way, Mountain Trap saves itself from complete obscurity. If you can look past its so-so exterior, there’s an acceptable amount of entertainment within.