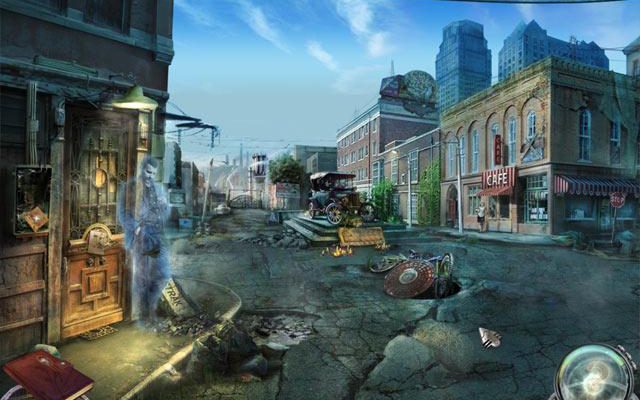 May or may not be inspired by Stephen King’s Christine

In Motor Town: Soul of the Machine, you step into the role of a New York City reporter seeking her big break by way of an interview with a brilliant but reclusive inventor of some of the world’s first automobiles. But he doesn’t just make cars; he believes that cars, like people, have souls, and while the reasons for, or significance of, that belief is never explored, the fact that he’s such a weirdo apparently makes him a worthwhile subject. It’s a perfectly competent hidden object adventure, but really just not all that terribly interesting.

Motor Town has solid technical chops, with attractive, hand-drawn visuals, a smattering of animations, a decent soundtrack and even some voice acting, and there are plenty of hidden object scenes and a nice variety of mini-games, too. A journal automatically keeps track of all the notes and hints you’ll run across as you play, and the hint function will not only reveal hard-to-find items but also point you toward the next step in your journey if you should happen to lose track of what you’re doing. Even the basics of the plot will likely have a familiar ring to veterans of the genre: A genius of somewhat advanced years finds his benevolent, world-changing invention in the hands of supernatural ill-doers, and only you can rescue him and save the day. 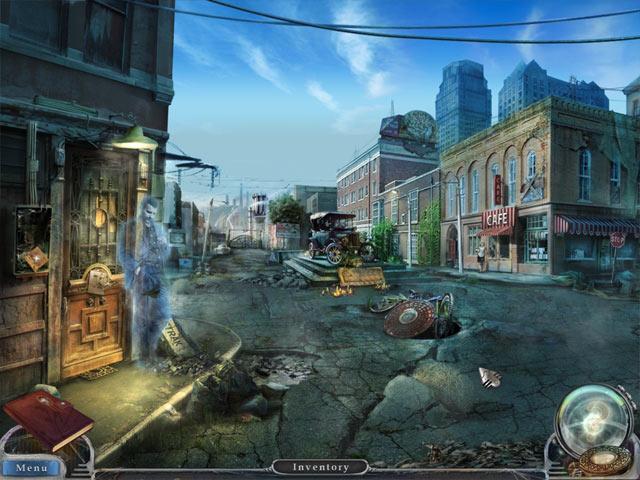 It’s a sprawling game but fairly linear, with most of the information and puzzle pieces needed to solve a challenge located reasonably nearby. You’ll do a good bit of running around but it’s almost always contained within a relatively small area, so you won’t be making long trips back and forth from one end of the map to the other. The hidden object scenes are well-rendered but, multi-part objects notwithstanding, very conventional, and the mini-games themselves are skippable but generally so easy that you shouldn’t have to, especially if you remember to reference your journal if you do happen to end up stumped.

The trouble with Motor Town is that while it hits most of the points on the hidden object adventure checklist, it’s such a by-the-numbers experience that it quickly falls prey to the dullness of routine. Everything about it feels feels half-hearted and rote, as if it’s there simply because it’s a staple of the genre, and the game adds absolutely nothing of its own to the formula. The supernatural elements, the kindly grandfather figure who’s been duped by a ridiculously-named villain with a goatee and an overcoat, the diabolical plot that presumably threatens the world; all of these story elements are present without even the most cursory of explanations, and it ultimately ends up swirling together in a senseless, uninteresting morass. 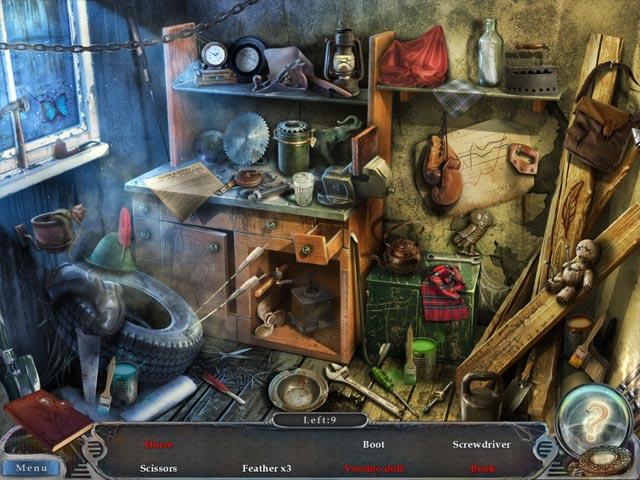 Even the world in which Motor Town is set seems schizophrenic. The subject of your interview created several early automobiles and launched one of the first automobile factories in the world before withdrawing from society, yet the streets are filled with cars ranging from the early 1900s to the late 1970s and early 80s. And while the idea of cars with souls is certainly interesting – interesting enough to catalyze your journey – its significance is never even hinted at, much less investigated.

There is voice acting, as mentioned, but that’s not necessarily a plus, since it ranges in quality from bad to truly awful. And despite the size of the game world, Motor Town isn’t a particularly long game, clocking in at around three hours – although that’s not necessarily a minus, since I can’t imagine that too many tears will be shed when it’s over. And when it is over, it doesn’t really end so much as just stop, with no resolution, explanation or even a semi-interesting cutscene; it’s not too much of an exaggeration to say that you only know it’s finished because the narrator says, in essence, “the end.” 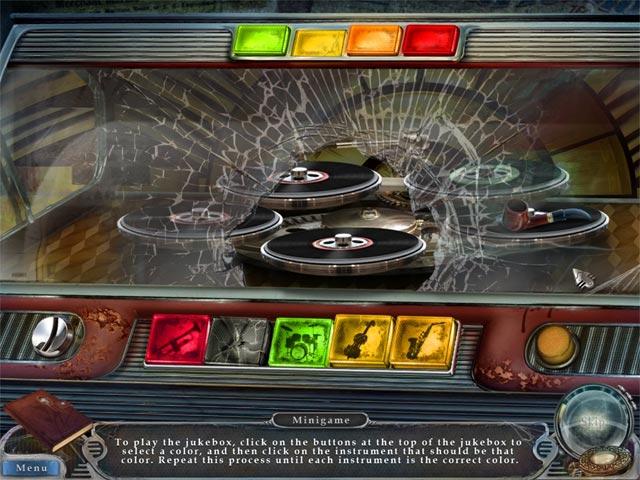 Motor Town: Soul of the Machine isn’t a bad game, and by some measures – visual fidelity, technical stability, hitting all the notes in the hidden object adventure theme song – it’s actually quite solid. But it’s also utterly undistinguished in every possible way, lacking in imagination, coherence or anything else that makes a hidden object adventure more than just a digital picture-puzzle book. With so many other options on the market, those are problems that can’t, or at least shouldn’t, be easily overlooked.

Valcarta I: Rise of the Demon Review