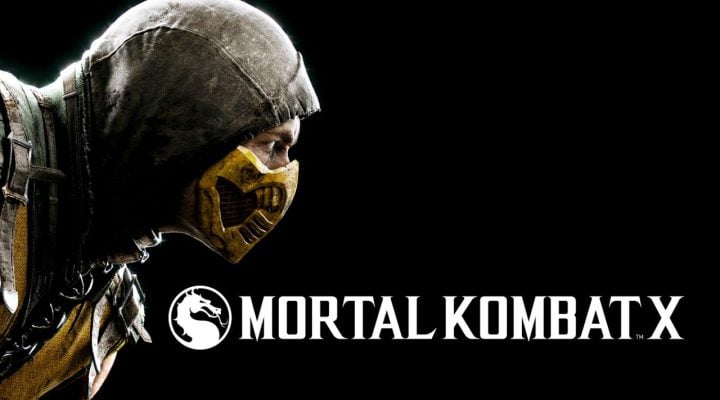 Like Guitar Hero, Pokemon, or Grand Theft Auto, you don’t have to consider yourself a gamer to know about the Mortal Kombat franchise. It’s flowed over into movies, multiple web series, and nearly every anti-video game argument made in the past two decades. Mortal Kombat is a staple of the video game industry, and now, for the first time ever, a new entry in the franchise is debuting on mobile devices before it’s released on consoles.

Mortal Kombat is a twenty-three year old franchise for good reason: it continually provides its fans with excellent fighting games that push the envelope as far as both violence and pick-up-and-play gameplay are concerned. In the transition to mobile devices, NeatherRealm Studios has dulled the game’s edges significantly; not really in the violence, but in how the game is played. 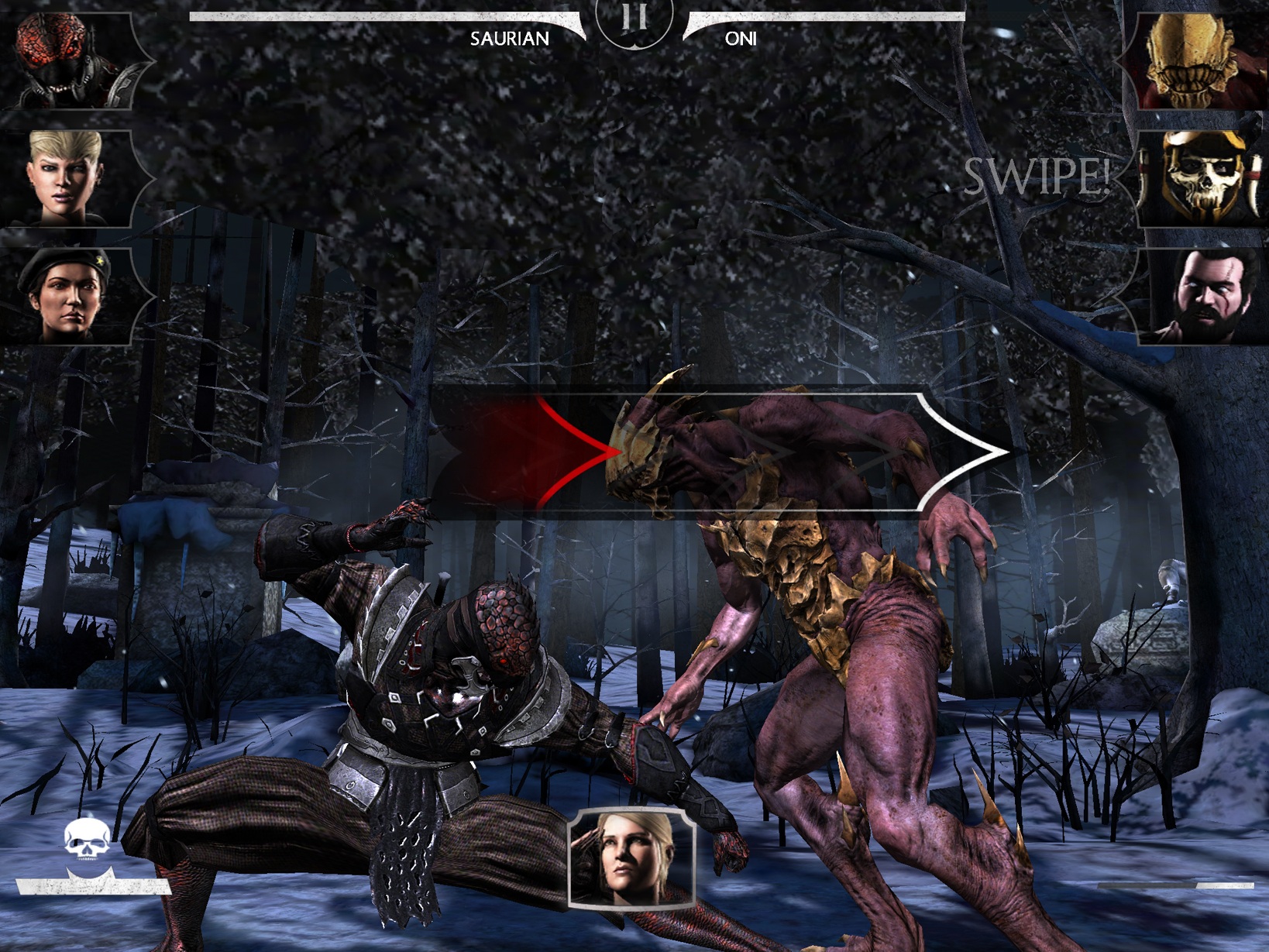 All of the fighting in the game is done through touchscreen taps and slashes. Tap to punch, spam tap to spam punches, two finger-touch to block, and slash occasionally for a quick-time-event power move.

So with that said, gone are the attack-chain combos that are a hallmark of the franchise, and while fatalities are present in Mortal Kombat X, they are few and far between. In fact they only seem to be present as rewards for fighting the game’s bosses, which are sprinkled in between dozens of other less challenging opponents. Fatalities are simply activated with a gesture rather than a complex combination that requires a bit of memorization, which really eliminates the feeling of mastery that always comes with successfully pulling off a fatality in a typical Mortal Kombat game.

Though the fatalities are much easier to successfully initiate, they are just as gory and gruesome as ever. 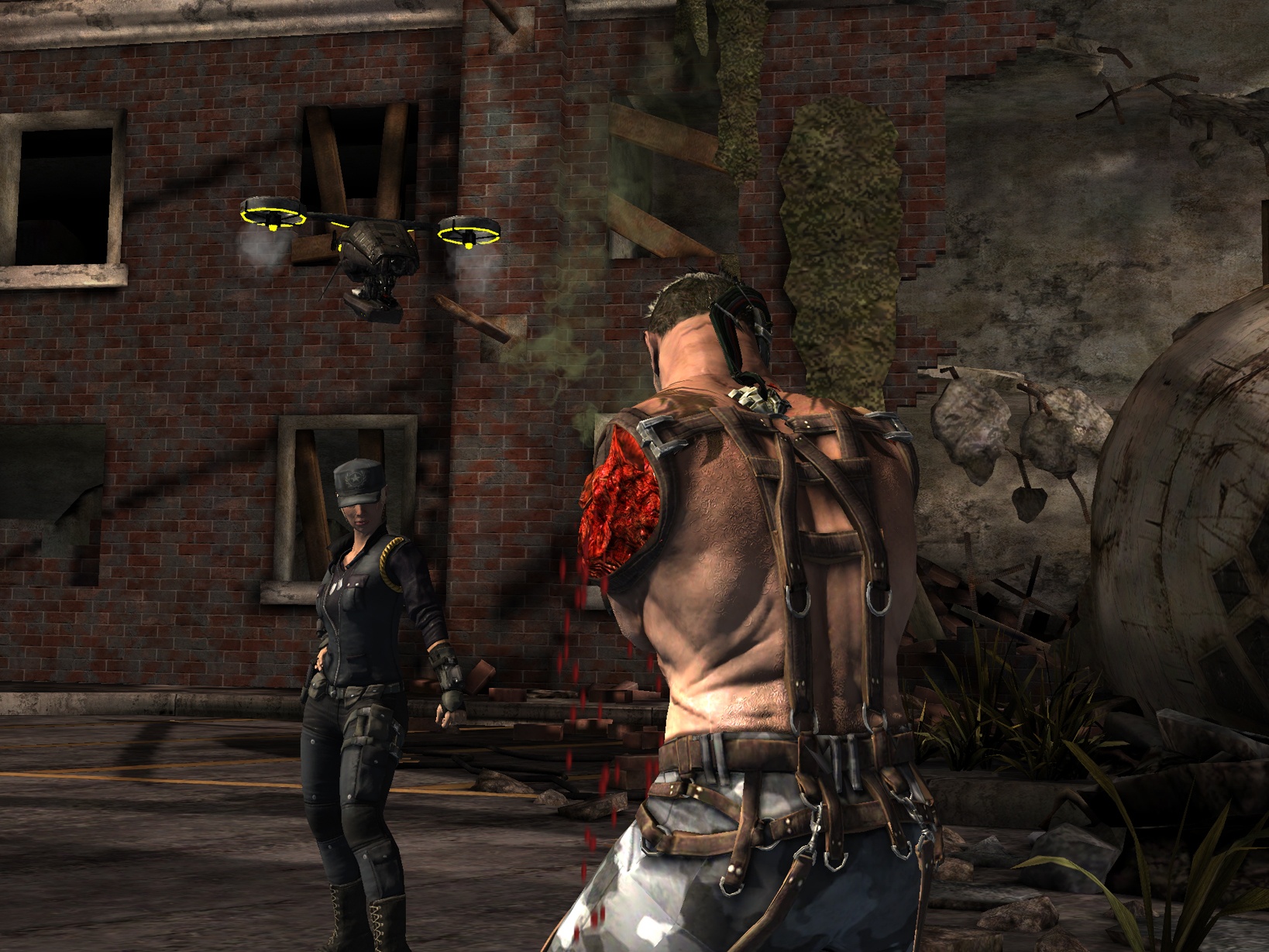 Mortal Kombat veterans may or may not find these changes to their tastes, but fans of WWE: Immortals and Injustice: Gods Among Us will feel right at home with just about every nook and cranny of Mortal Kombat X on mobile. Just like the two aforementioned games, Mortal Kombat X knows what it wants to do, and does so flawlessly. If I didn’t know that there is way more meat to a traditional Mortal Kombat game, I would have been pretty satisfied with what the mobile version of Mortal Kombat X delivers.

The gameplay flows smoothly while the characters are whipping around the screen landing punches, spitting acid, and getting their bodies broken apart. While each fighter handles the same, their unique special abilities and attack movements help to spice things up. It’s also relatively easy to unlock new fighters too. With the currency I was given just for successfully playing the game in its first day, I had enough to purchase a second entire team (which has its own separate cooldowns) with a couple of fighters left over.

Mortal Kombat X is a free-to-play game that utilizes the standard energy system. What is nice about Mortal Kombat X is that if you make two teams of (three) fighters, each full team runs on their own energy. So if you play for awhile with Team 1 and burn through their energy, you can switch over and play with Team 2 for awhile. With that said, you can refuel an entire team’s worth of energy with nine souls (the in-game currency). Unless you spend all of your souls on unlocking a fighter, which I did not, you will have plenty to use to refuel your fighters to keep the gameplay going.

You’ll certainly get a few hours of continuous play by using the free souls you are awarded, and if you find that you’re still playing and enjoying the game at that point, it’s fair to say that you should probably throw some money down.

While Mortal Kombat X on mobile is very different from other Mortal Kombat titles, it holds its head high while doing so, delivering a well-polished product that hits the ground running, ready to compete with the best fighting games currently available for mobile devices. A near-flawless victory for mobile gamers.