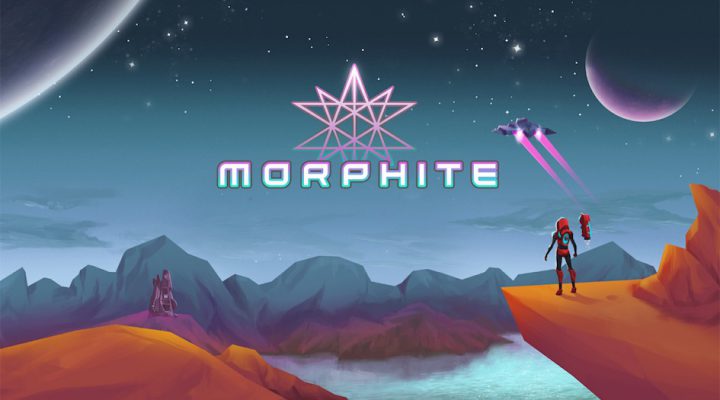 Easy to get caught up in the thrill of exploration

Lots of upgrades to unlock for your equipment

Controls could use more refinement

Morphite is described as a space adventure in which you et to explore randomized planets — the comparisons to a certain Playstation 4 game are all but inevitable. What’s impressive is that Morphite actually holds up quite well thanks to its overall smaller scope (instead of impossibly huge it’s “just” really big), a storyline that flows much more naturally, and the need to acquire different pieces of equipment in order to progress past certain obstacles. There’s a lot wrong with it, but I don’t really care because it’s like playing a hybrid of No Man’s Sky and Metroid Prime on my phone. (And yes, it’s also on desktops). 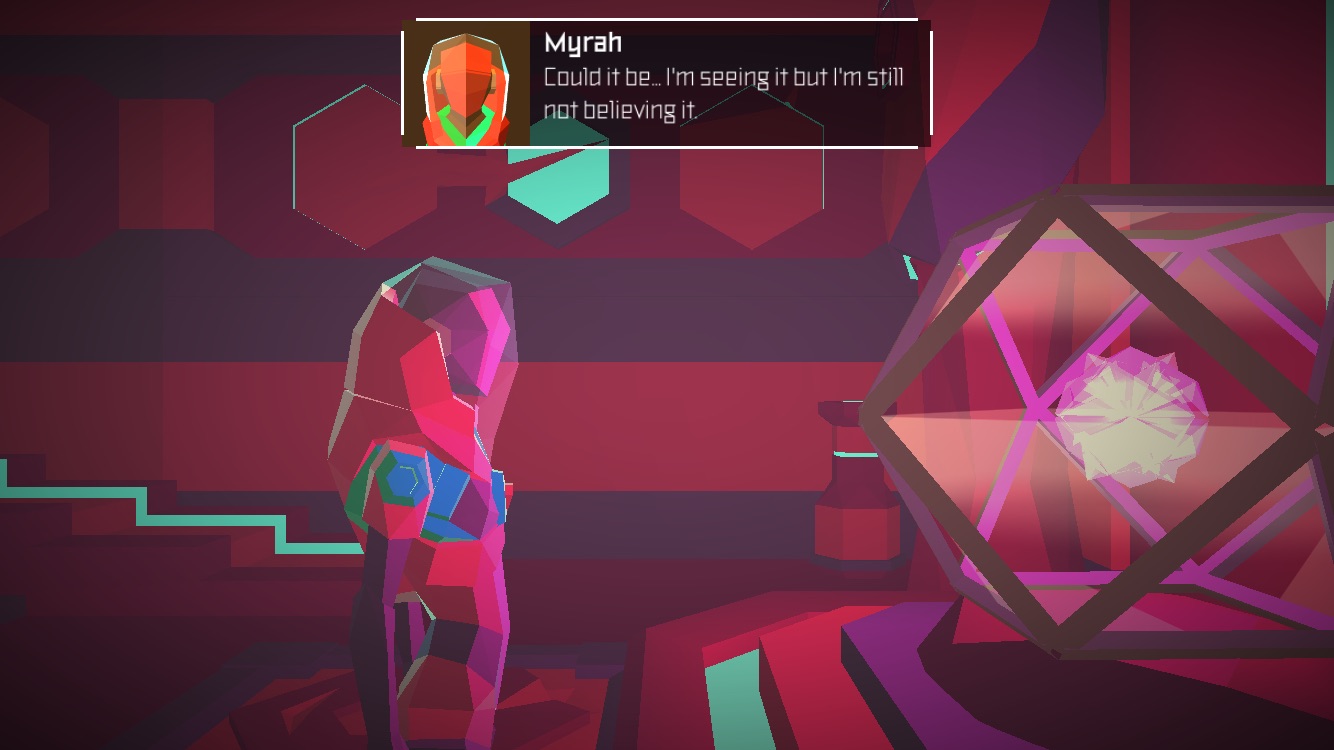 A young woman named Myrah is tired of being cooped up on a space station, so her employer/sort-of-dad Mr. Mason sends her off on a simple planetary exploration mission. Hijinks ensue, and before you know it there are lost mythical elements (called morphite, naturally) and ancient technology and mysterious pasts up the wazoo. I mean it’s not groundbreaking, but the story keeps the plot and the search for new equipment moving well enough. So long as it makes me care about playing, I can put up with a few cliches.

The most immediately noticeable thing about Morphite is its visual style. It uses a very basic and simple – yet still quite stylized – approach that I’m honestly sort of in love with. The low-poly models coupled with the flat colors and basic shading come together to make something that’s downright striking at times. It also lends itself well to the randomized nature of the different planets, I imagine. 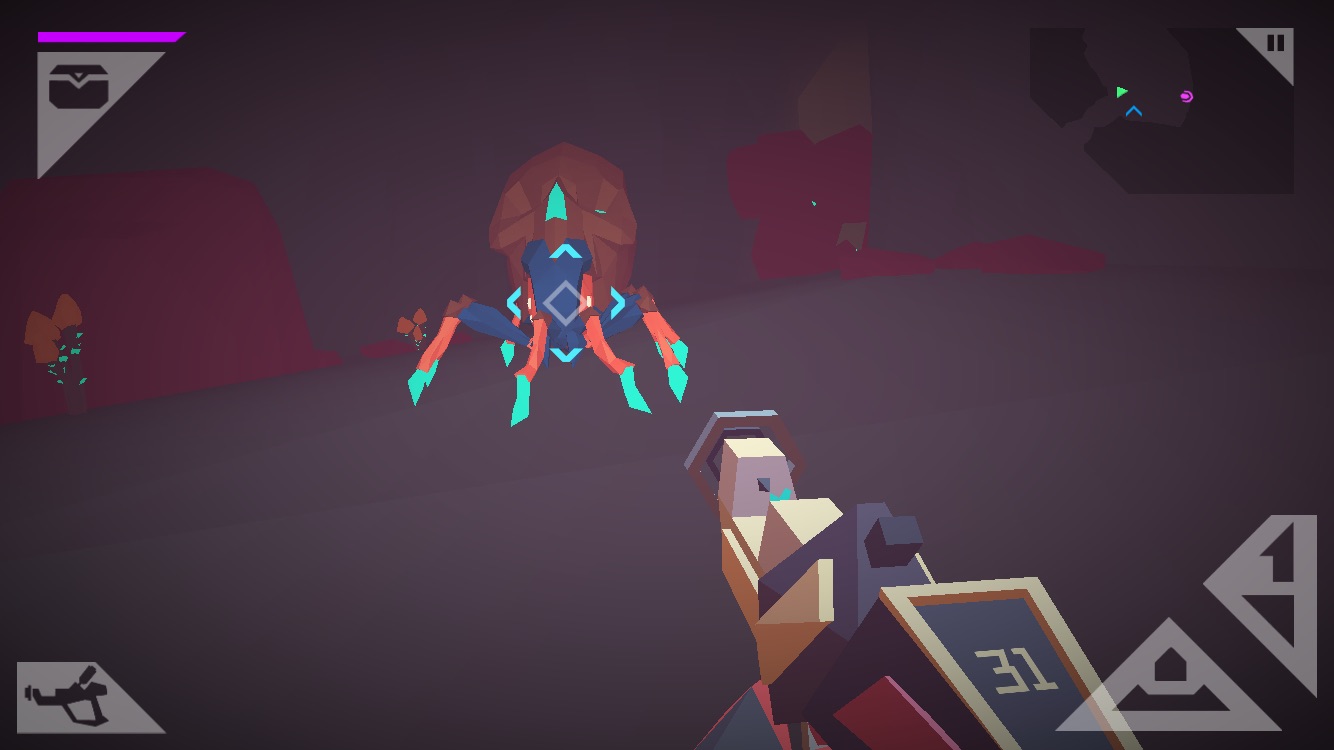 Seeing as I have a soft spot for exploration in games, Morphite’s exploratory nature speaks to me. Even though the worlds that aren’t tied into the storyline tend to fall on the sparsely populated side of things, it still feels like there’s always something worthwhile to do. There might be an alien settlement with a side mission or two; perhaps there’s a cave that’s stuffed with precious mineral resources and a couple of large and unfriendly beasts; could be a chest containing a helpful Trinket hiding nearby. Even meticulously scanning everything has a purpose as common scans can be sold at space stations and rare scans are needed to unlock new upgrades.

Speaking of upgrades, there’s a lot of them. The suit can be fitted to withstand extreme temperatures – and thus allow the exploration of even more planets. The ship can be kitted out so that it puts up more of a fight when things get dicey up in space, or given larger fuel reserves in order to make larger system jumps. Most weapons can be improved as well, with obvious things like damage and ammo increases. There’s an awful lot to tweak, and most of it ends up making exploration easier, which in turn makes it easier to tweak more stuff. 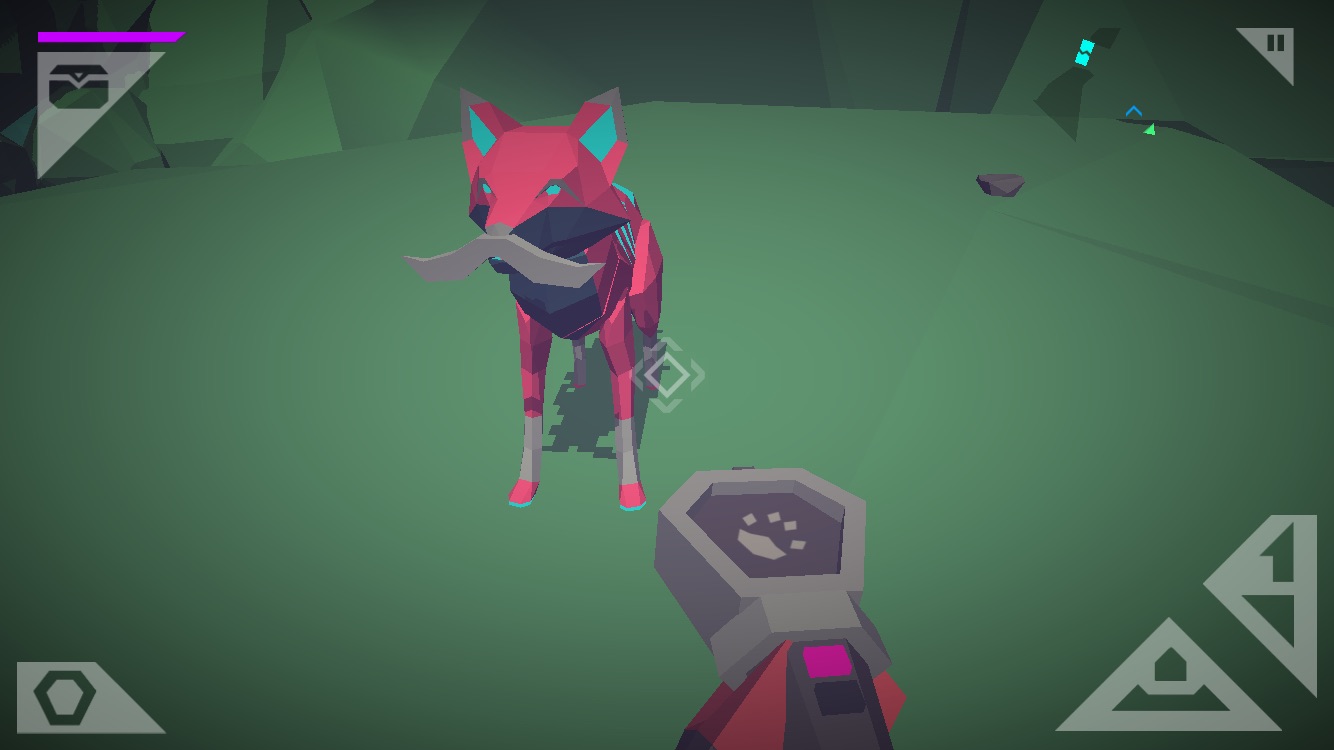 And yet here I am about to complain. A lot. See, Morphite is great for what it is and for what I was hoping it would be, but it’s also flawed as heck. There are basic usability issues such as not being able to tell what’s already been scanned unless you try to scan it again, planet randomization affecting return trips to the same spot, the inability to tell if a space station has a weapon upgrade shop on it unless you dock and physically look around, etc. I’m not expecting perfection or anything like that, but I can’t help wishing some of this stuff was more streamlined.

The controls are also sometimes a problem, sadly. They work fine for the most part, but every now and then they’ve made things harder than necessary. Trying to pick up temporary use items like slime vacuums or marshmallows on a stick (yes, really) is super-finicky and particularly annoying when you need to pick up and use these items under a time limit. Tapping to target things is also way too hit-or-miss for my liking, with many of my attempts to lock-on to an approaching hostile resulting in nothing and then suddenly targeting a non-hostile creature when I wasn’t even attempting to target anything in the first place. 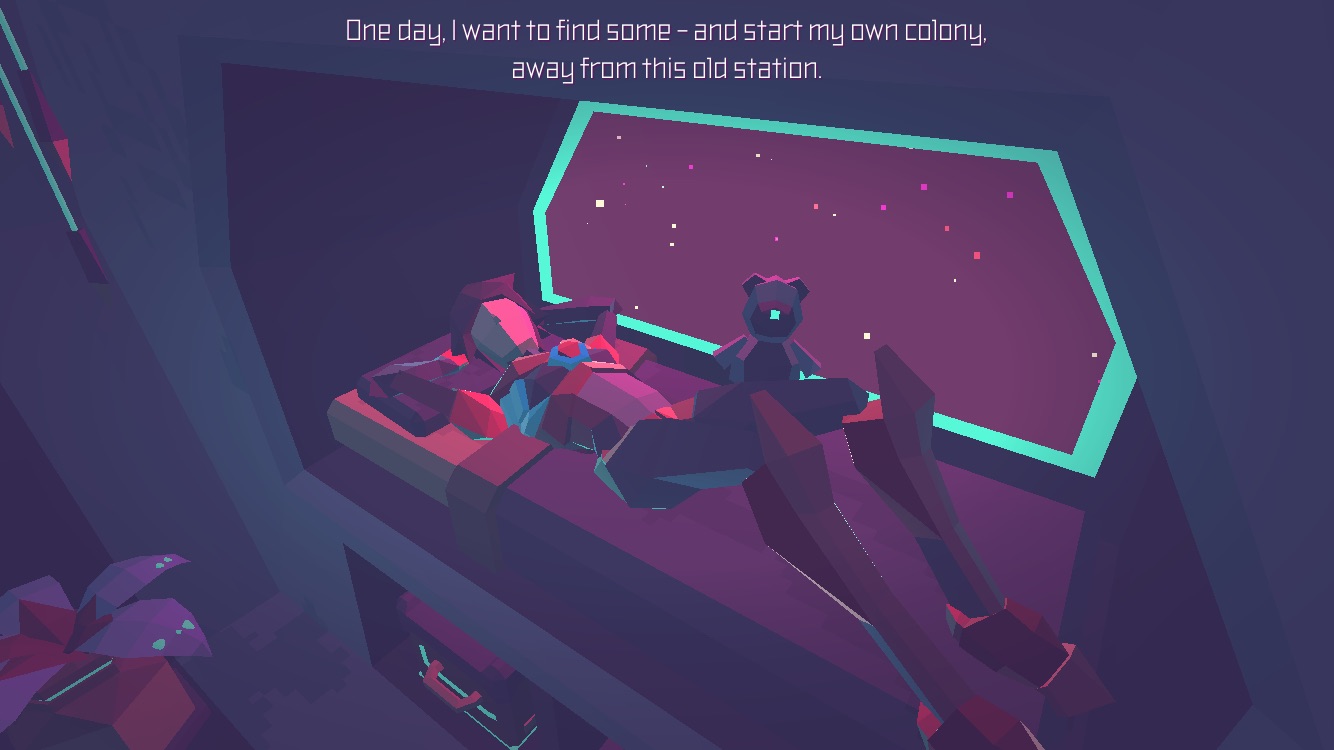 I’d say “don’t even get me started on the save system,” but I’m totally gonna start on it. The save system uses checkpoints, but the problem (well, one of the problems) is that checkpoints aren’t always clearly defined. Sometimes text will appear after story missions to say a checkpoint was saved, but other than that there’s nothing. Wandering around and exploring yields no checkpoints, so the best I’ve been able to work out is that you need to return to the drop pod and go back to your ship in order to manually save your progress. The problem with this is 1) random planets randomize, so leaving and coming back will present you with different terrain to explore and 2) this will conflict with story checkpoints. 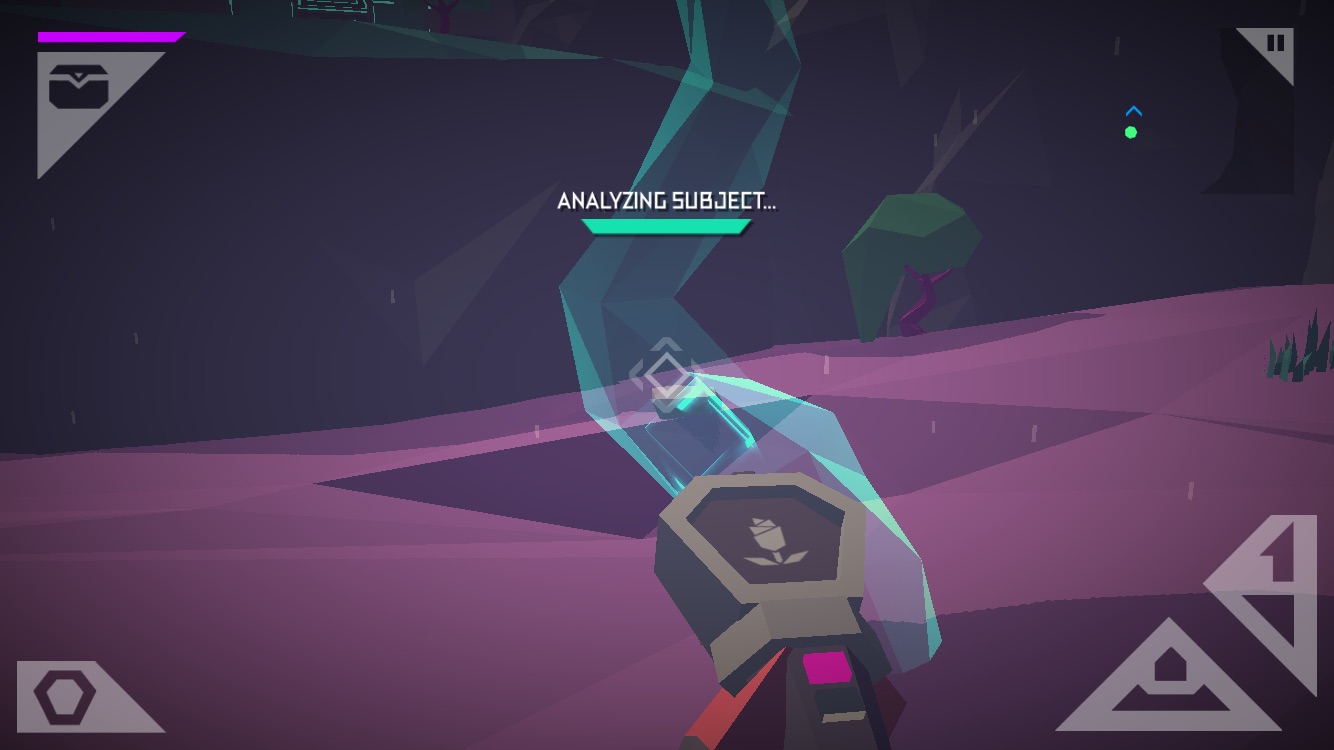 No joke, I had spent a good bit of time wandering around a planet’s surface scanning stuff, then had to stop playing for a while and returned to the ship to save. Then I came back to the game and attempted to land again, was informed that there was already a checkpoint save on the surface and would I like to load it so I figures sure, why not? And then it reloaded my progress from when I first touched down on the surface. So all that time spent scanning was completely wasted as the game decided a less current save was somehow more important. You could argue that it’s my fault for saying “yes” to loading the checkpoint, but how could I have known it was actually an earlier save? There was no indication of this anywhere. 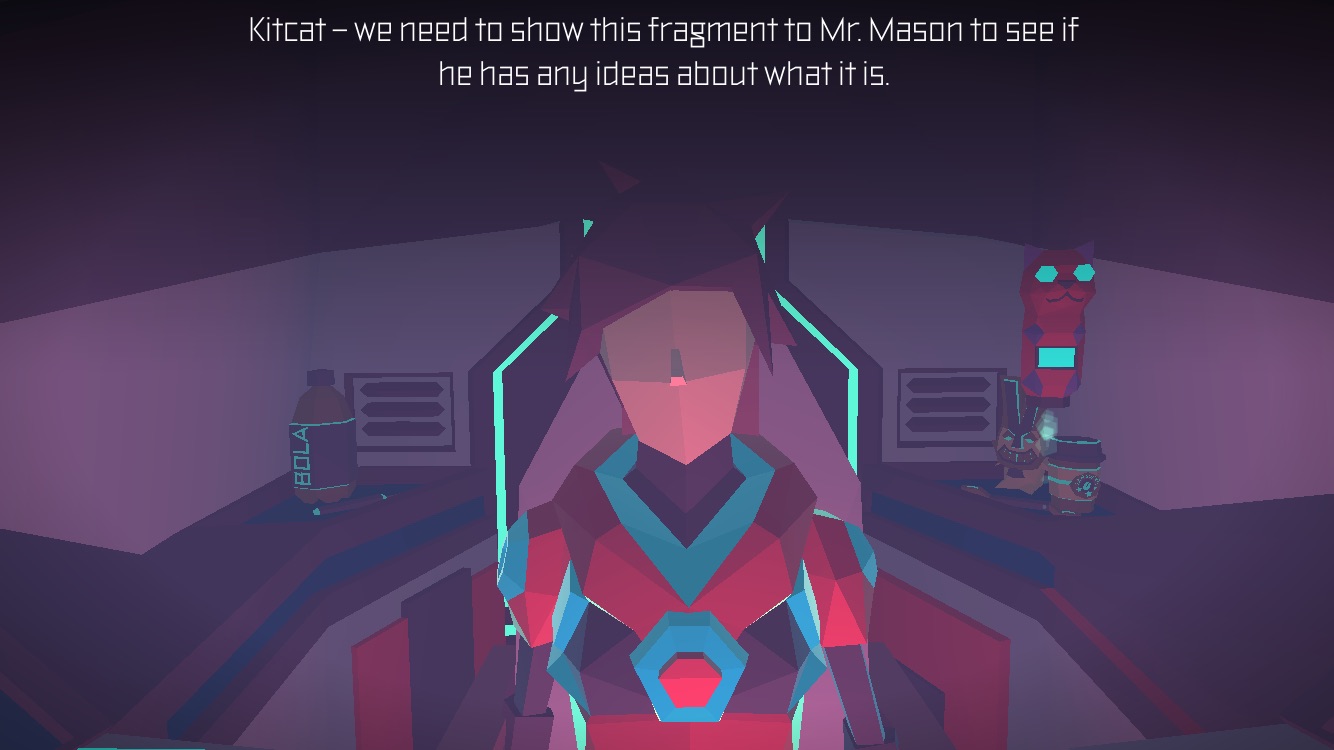 Morphite is the type of game that I can’t help but love despite having a surprising amount of flaws. It can be frustrating from time to time – more often than I’d like, admittedly – but I’m willing to put up with it because, dang it, I can’t get enough of exploring planets, discovering useful items, and upgrading my stuff. There’s enough right here that I think it’s easy to overlook what’s wrong. If you like sci-fi exploration stuff, I think it’s definitely worth checking out.