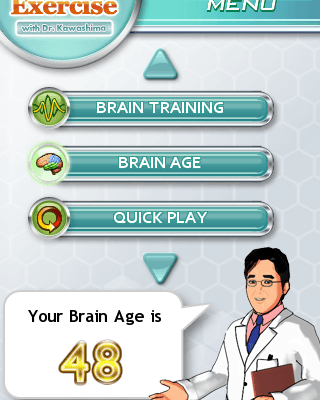 When Brain Age became an unmitigated hit on the Nintendo DS a few years back we all should’ve seen the writing on the wall. Suddenly solving math problems and picking out colors became a legitimate form of gaming. But that was a while ago, does the brain game genre really have legs to keep on going? The jury’s still out, but after looking at More Brain Exercise,I kind of wonder if it isn’t time for a lobotomy.

Lobotomy sounds harsher than I intended it to be, but I think a game like More Brain Exercise definitely benefits from forgetting about brain games that have come before it. It really doesn’t offer anything to the user that has at any point in their past played one of these types of games – and at this point, that should be everyone. Of course, if you’ve never touched one of these games, you’re in a slightly different camp.

There are a total of 15 mini-games to choose from and most should be rather standard. They cover the gamut from memorization (by remembering and recalling facial expressions) to comprehension like categorizing items (such as assigning animals to specific traits) or picking out rotating umbrellas. They have unique ways of presenting the games to you, but that presentation is just window dressing for game modes we’ve seen many many times before. And naturally there’s a Sudoku game that you can unlock. 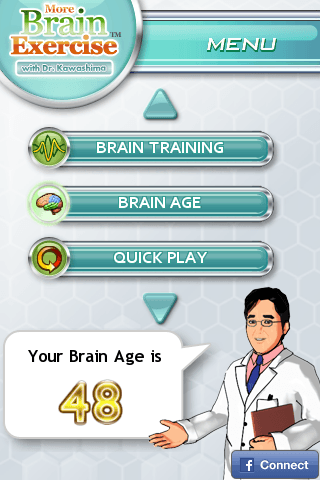 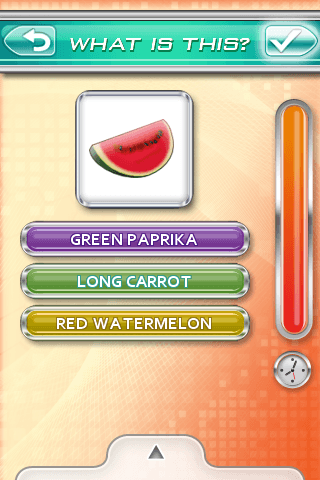 In addition to these game types, there are the usual light math options like in “Comparing Numbers” where it gives you 2 small math problems and you choose the one with the higher answer (like 99-9 and 5X20). I was glad to see you didn’t have to write in answers with the iPhone touch screen but rather just tap the higher answer, and oddly enough this became my favorite game of the set.

Quite maddeningly the game modes are only allowed to be played once a day, and those are the little tests it gives you to judge your “Brain Age.” I understand having a user only score on that test once per day, but do you really need to lock it away once they’re done? After playing the game for 5 minutes half the choices on the main screen were locked, leaving me with a quick play mode. Shouldn’t we be able to play the tests again if for no other reason than fun? As far as this game is concerned, the answer is no.

The other annoying part is the need to unlock a lot of the content, even though there isn’t a ton here. I can’t understand the need to not only lock away some game modes after a single play each day, but then require plays to unlock mini-games in quick play. It’s like a recurring nightmare that didn’t really exercise my brain as much as it aggravated it.

At the end of the day, I have to figure at this point everyone on Earth has tried out one of these “Brain Training” games, and that being the case there’s nothing really new about More Brain Exercise. Heck, it even says so right in the title. If these were new mini-games it would be called NEW Brain Exercises. But as it stands, it’s just more of the same.