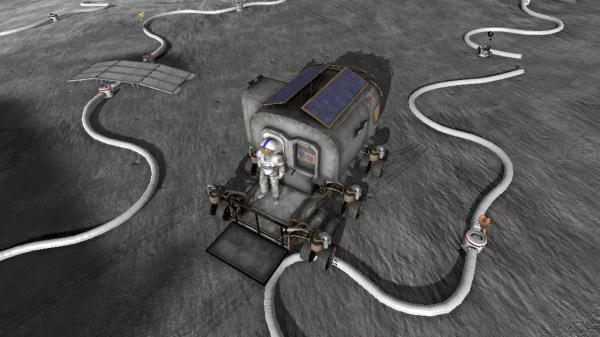 Space. The final frontier. At some point all of us have wondered just what it would be like to venture out into the starry sky and view the mysteries of the universe first hand. But, of course, it takes a lot more than wishing to be able to take a trip to the Moon. Like, an engineering degree, for instance. So, in an attempt to inspire a new generation of space explorers, NASA has released Moonbase Alpha, a new game that aims to recreate the experience of living on the moon.

Set 15 years in the future, the game takes place on a new moonbase that is now self-sufficient, thanks to the wonders of solar power. Unfortunately for everyone living on the base, at the outset of the game a meteor strikes the Moon, damaging many of the important components necessary for producing oxygen. With just under 25 minutes, it’s your job to repair this damage so that everyone can continue on breathing.

Both voice and text prompts will help guide you through the process, which involves finding the various points that need to be repaired and selecting the right tool for the job. Since you can only carry one tool at a time, you’ll have to carefully plan out just how you’ll use the tools in order to maximize your limited time. Sometimes it’s better to simply drop a tool on the ground, for example, so you can come back and get it more quickly than if you had brought it all the way back to the shed. Using the tools is fairly easy, and in most cases boils down to simply selecting whatever it is that needs to be repaired. However, using the welding torch will take you to a mini-game that has you soldering circuit boards within a very tight time frame.

You’ll also have to collect replacement parts and use robotic helpers in order to reach dangerously inaccessible areas. And while performing all of these tasks is relatively easy, the real trick is figuring out just how to do them so that you can squeeze everything in to your 25 minute time limit. Despite the game’s attempt at guiding you along, there will be moments when it’s not entirely clear what you need to be doing. Because of this there’s a bit of trial and error involved. Thankfully, the game is so short that this becomes frustrating. 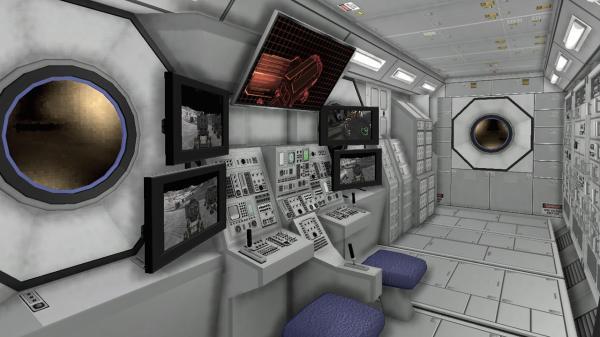 What might be frustrating for some though, is Moonbase Alpha‘s insistence on realism. This is meant to be an educational game and, as such, not every aspect has been designed with fun in mind. Your astronaut character moves very slow, the on-screen cursor can be finicky, and controlling your tiny robotic helper can be very frustrating. This all goes towards making it feel like you’re actually on the Moon, which is largely the appeal. But for those looking for something a little more game-like, it will definitely be a disappointment.

But if you go into Moonbase Alpha with the right expectations — that it’s not so much a game, as a way of experiencing what it might be like to be on the Moon — then you’ll be pleased. It may be short and occasionally frustrating, but the game does what it set outs to do very convincingly. And it might just inspire the next generation of astronauts.