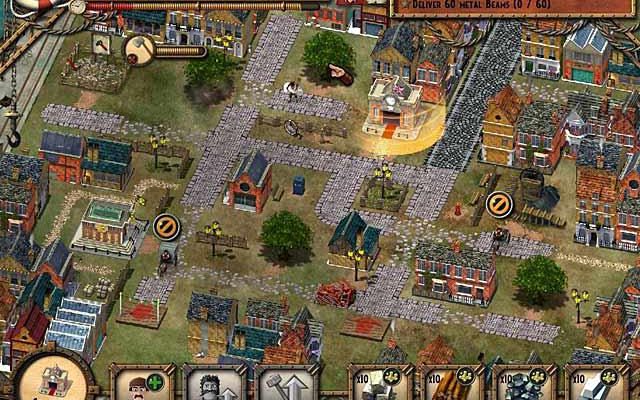 The year 2012 marks the 100th anniversary of the tragic sinking of the RMS Titanic, so it’s no surprise that game developers are taking advantage of the event by creating games dealing with the iconic ocean liner. In Monument Builders: Titanic, the follow-up to Monument Builders: Eiffel Tower, you’re a new member of the White Star Line (the company in charge of the building and operation of the Titanic), charged with creating the building materials necessary to construct the Titanic from the years 1909 – 1911.

Unfortunately, Monument Builders: Titanic doesn’t actually allow you to view the construction of the Titanic, but rather places you in a sort of middleman capacity, as you’re given dozens of time management levels to complete, constructing scaffolding, metal beams and so on, all of which are delivered to the shipyard and then added to the Titanic out of sight. Add this disappointment to the slightly blurry graphics in the game’s still charming settings, and you have the biggest downfalls of the game. Luckily the gameplay itself is incredibly solid, offering a slow burn for those that are new to the “hectic” nature of the genre, as new features are added in manageable, bite-sized packages, rather than all at once. 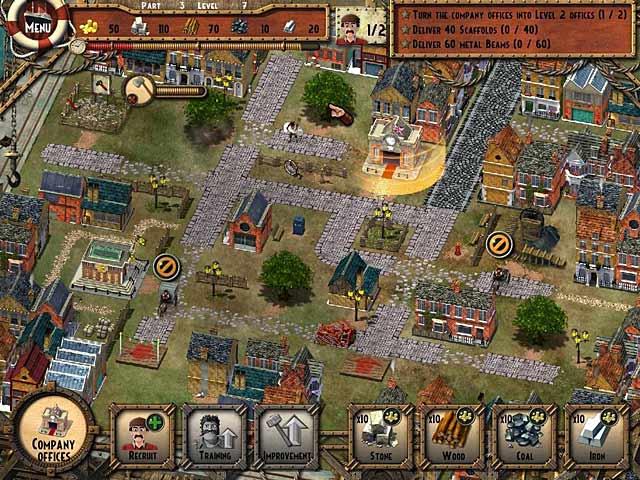 Your goals will vary across each level, as you might need to hire additional workers and stockpile stone for later use in one level, or produce 20 units of scaffolding and 40 units of metal beams in another. You’ll have buildings like Quarries, Sawmills, Mines, and Foundries at your disposal (that must sometimes be constructed manually), each of which serves a very specific task. You’ll typically be tasked with three different goals in each level, which are also timed (you can expect a single level to take anywhere from three to seven minutes depending on your skill level). It’s then up to you to strategize which steps to complete and in what order to complete your goals on time.

Adding complexity to these levels are broken streets, run-down buildings, bandits and even protestors that must be dealt with before you’ll be able to have a free run of the village’s streets. If a street is in ruin, for example, you’ll need to assign one of your limited quantities of workers to repair it before you can send goods down that particular alley. However, repairing the streets requires stone, so you’ll need to make sure you have a clear path for the Quarry before wasting that stone. It is entirely possible to back yourself into a corner, where completing the level is a literal impossibility due to your choices, so you’ll always need to think one-step-ahead as you complete tasks. 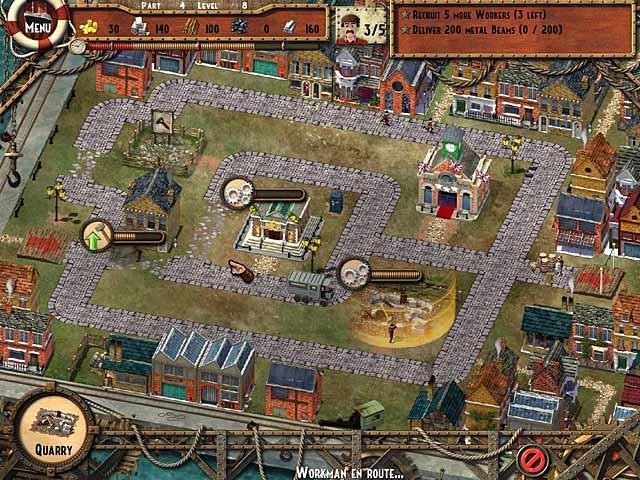 As is standard for the genre, you’ll earn points for each level based on how quickly you complete them, and can earn either a Silver or Gold trophy if you truly excel at a stage. Some of these Gold Trophies can be legitimately difficult to earn, especially if you’re at the end of one of the game’s chapters. That being said, Monument Builders: Titanic offers just enough challenge for those that want it, but spaces these truly hectic moments far enough part so that you’re never truly overwhelmed.

Overall, Monument Builders: Titanic is an extremely solid and incredibly enjoyable time management game, offering a splash of strategy and a wave of educational material as your boss describes the construction of the Olympic-class vessel at the beginning of each level. If only we had actually been allowed to see the ship being constructed in detail, this could be a near perfect game. As it stands though, it’s still definitely worth the purchase for anyone with either a predisposed fascination with the events surrounding the construction and sinking of the Titanic, or those that appreciate an entertaining time management game in general.