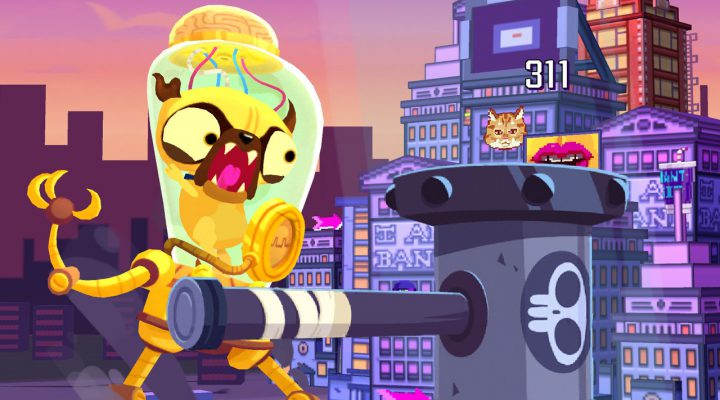 A very different experience from Monsters Ate My Condo

Getting powerful cards is difficult without paying up.

Monsters Ate My Metropolis is a follow-up to Adult Swim’s popular matching/puzzle game, Monsters Ate My Condo. The former plays much differently than the latter, however. It seems all those condominiums were merely appetizers before the main course: cities, cities, cities.

Bigger meals mean bigger gameplay ambitions too. Monsters Ate My Metropolis is a card collecting/battling game, and is a touch more complex than its predecessor.

It’s nice to see a mobile developer flip a successful formula on its head, and the move was largely a decent one on Adult Swim’s part. Monsters Ate My Metropolis has some of the trappings you’d expect from a free-to-play game (timers, premium cards won through hard currency draws), but its bright colors and wacky concept betray an experience that forces you to look before you leap. 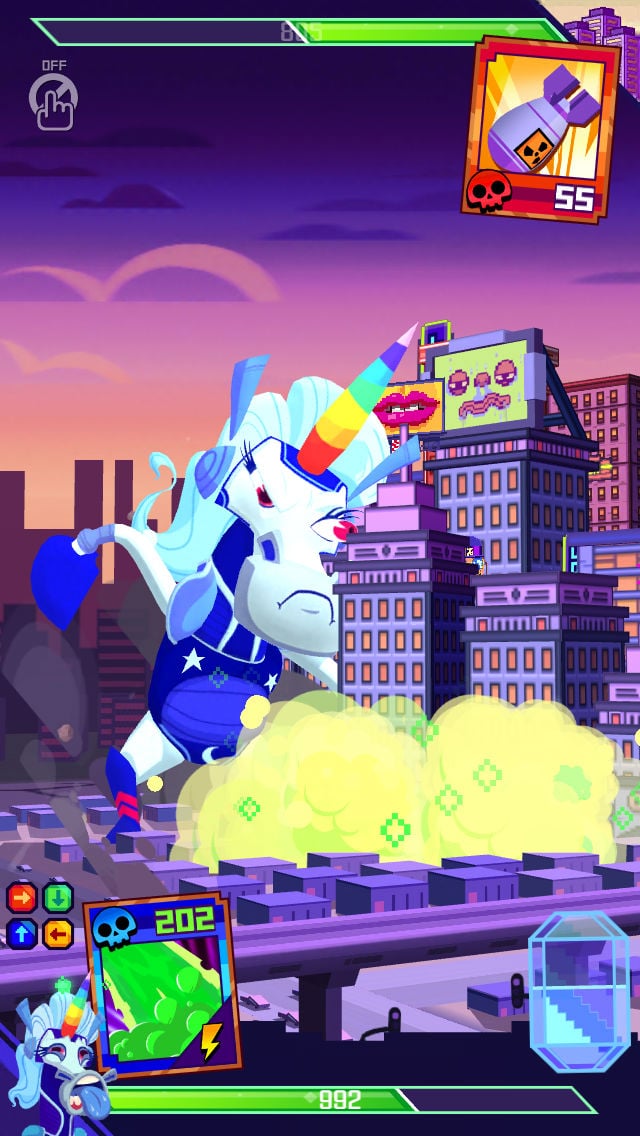 The monsters you met in Monsters Ate My Condo make their return for Metropolis, including Mr Shigoto the Swedish kaiju, Boat Head the giant enemy crab, Lord Ferocious the monster-pug, and Reginald Starfire the rainbow robot unicorn (Robot unicorn — Adult Swim game. Get it?). Each has their own strengths and weaknesses in the field of city-munching.

Combat in Monsters Ate My Metropolis revolves around color-coded cards. Each color is strong against another color, as well as weak to one (think Pokémon), which is something you need to keep in mind when you take your turn. If you play a weak card against a strong one, you’ll do half damage, whereas the city you’re attacking will defend itself with an attack that’s twice as powerful as usual.

In other words, if you don’t give at least a little thought to which card you’re going to play, the metropolis you’re attempting to munch will cut you down before you even manage to put on your bib.

Controlling your  monsters and attacking cities is the active part of the game. There’s also a passive portion wherein you set up a deck to hopefully keep your buildings safe when other players’ monsters come calling. 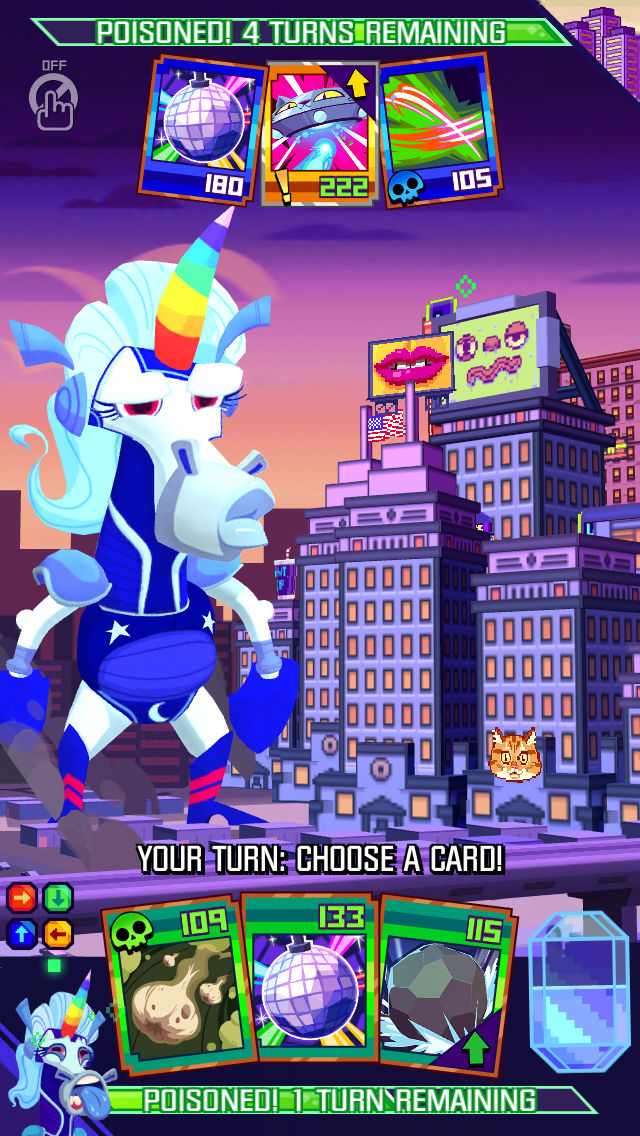 You’re informed of how many city battles you’ve won and lost whenever you sign into the game. Understandably, winning brings in more rewards than losing. Said rewards include experience points that beef up your monster, plus tokens (soft currency) that you can use to draw new cards.

As you might expect, entering card draws with tokens generally yields cards of average strength, whereas entering draws with hard currency generally gives you cards with lots more oomph. Battles are winnable with normal cards, but they tend to go slowly because of lower damage output. Moreover, saving up currency of any kind — tokens and gems alike — takes a while, so adding new cards to your deck isn’t a speedy process.

The slower pace governing Monsters Ate My Metropolis won’t appeal to everyone, especially since its bouncy graphics and silly soundtrack gives the impression that the game is supposed to fly by at a million miles per hour. However, anyone who likes a touch of goofiness with their strategy will have fun matching their fart attacks against a city’s retaliatory bio-waste spill.