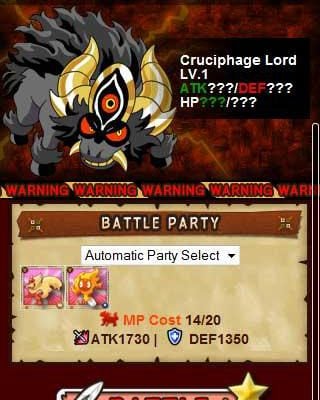 Not quite paradise, but still a playable offering for fans of the recent mobile card battle craze

The first time I tried a digital collectible card game (or whatever the proper term for the genre is), I had very low expectations yet quickly found myself ensnared by the admittedly Pavlovian gameplay, and I continue to tap for rewards to this very day. But Monster Paradise, despite excellent production values and a powerful, irresistibly cute Pokemon aesthetic, leaves me cold. It’s not necessarily a bad game, it’s just not particularly necessary.

Full credit where it’s due: Monster Paradise is a good-looking game. Everything from the monsters portrayed on the virtual cards to the menus and control buttons are colorful and bright, and while the art isn’t particular sophisticated, it’s not supposed to be. Stylistically, this game is almost pure, unadulterated Pokemon; most of the creatures I’ve seen in Monster Paradise could effortlessly slide into Nintendo’s most famous monster pantheon and probably never seem out of place.

The music, on the other hand, while not quite painful, is better turned off. It alternates between a sort of cheesy, infomercial-esque guitar riff and what I assume is meant to an inspirationally-bombastic “march to victory” mini-orchestral thing, but both tracks are short, grating and endlessly looping, with a very obvious break between loops that makes them even more distracting. Your mileage may vary, but after initially being impressed by the mere presence of music, I very quickly turned it off.

Rage of Bahamut players will findMonster Paradise instantly familiar, because mechanically it’s almost identical. Startup is a simple matter of entering your name, choosing an avatar and selecting which of the three elements – fire, air or water – you wish to specialize in. Once that’s done, you’re awarded a monster card, given a quick lowdown on the game world and then turned loose on a basic but sufficiently thorough tutorial quest.

Moving through the multi-stage quests is a matter of merely tapping the screen when you’re told. You’ll battle monsters, capturing and adding them to your deck, and collect gold and treasures – all by simply tapping when instructed. And of course you’ll accumulate experience that allows you to climb levels, becoming ever more powerful as you go. Questing becomes more challenging as you progress, not because it gets more difficult in the conventional sense but because the deeper you get into the game, the more expensive it becomes, in both gold and “stamina,” to do anything. 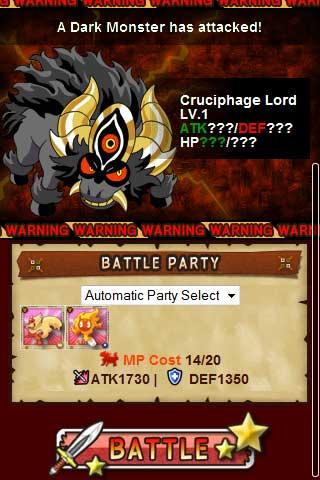 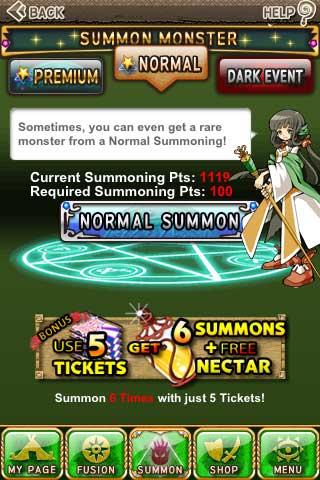 The first few levels are a breeze, but the very slow stamina recharge rate quickly results in long gaps between brief play sessions that grow longer with each level gained. Gold is similarly vital to advancement, as it’s required for the act of “fusing” – combining monsters captured in battle to make more advanced and powerful monsters – and in relatively short supply. There is one easy way to come up with plenty of both, but it will involve opening your wallet and taking out your credit card. You can probably guess what comes next.

Monster Paradise allows players to interact through a fairly standard mix of social elements, including guilds to join, live feeds of news and other in-game happenings, the ability to send “shout outs” to other players and to battle them one-on-one for pieces of magical tablets that, once assembled, grant access to new, powerful monsters. And that’s really where the challenge lies; getting through the quests is a relatively simple matter, but building a deck strong enough to flourish in the multiplayer milieu will require some thought and care.

It’s all quite well done, aside from the relatively heavy-handed “pay-to-win” approach; the trouble is that it’s all been done before. I have very little experience with the genre, yet even I find it remarkably derivative. That’s a description that could be fairly applied to most videogames on the market these days, but Monster Paradise is so functionally similar to Rage of Bahamut (and quite possibly other games), and has such a powerfully Pokemon-like visual style, that it just cannot be overlooked. 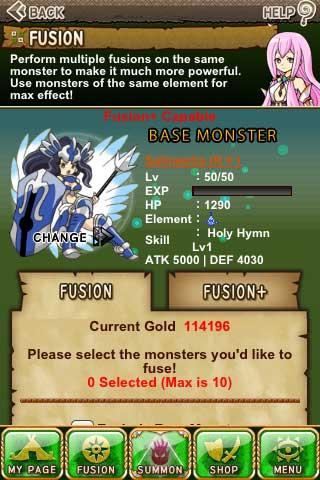 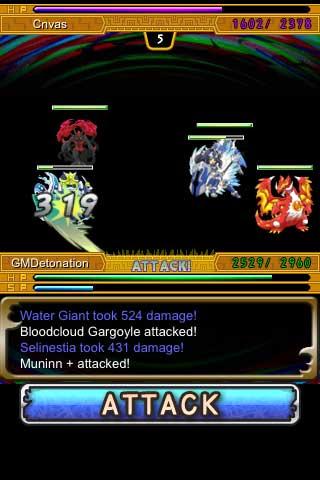 But the real issue is the drive to monetize. “Free-to-play” rarely means “free,” and there is inevitably a gap between those willing to pay and those who are not. Unlike many games, however, Monster Paradise seems determined to leverage that gap almost from the very outset. The “Fusion+” function, which it made a point of telling me would confer significant bonuses if used, requires substantial amounts of gold even just to combine two normal-level cards; the first time I tried it I had barely one-fifth the amount of gold needed to make it happen. And even at the earliest levels of the game, stamina can take well over an hour to recharge from zero, a delay obviously intended to encourage the purchase of “replenishing nectar.”

I’ve never been much of fan of hedging on reviews, but I don’t think it’s avoidable here. If you like Rage of Bahamut but would prefer something with a kinder, gentler, perhaps more kid-friendly style (and you don’t mind forking over a few bucks now and then, or lagging well behind those who do), then Monster Paradise is probably just what you’re looking for. If you prefer the somewhat more “mature” Man/Gods/Demons approach of Bahamut, then stick with it, because Monster Paradise has virtually nothing else to offer. And if you’ve never tried either, then I’d urge you to take both for a spin and go with whichever feels best. Free-to-play digital card battle games aren’t the most sophisticated form of entertainment in the world and when you get right down to it; they’re really just a ringing bell designed to make you drool – but they’re fun, too, and that’s what we’re all here for.