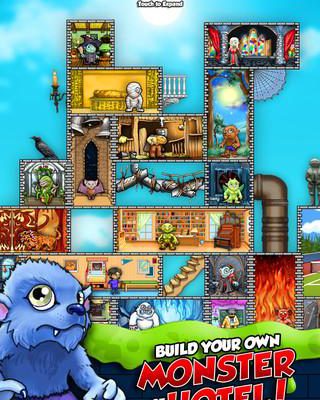 Monster Mansion is tamer than an old folks’ home

It’s beginning to look a lot like Halloween. The App Store is packed with monster-based offerings, and zombie games seem to be breeding with real gusto. While the crisp autumn air and blazing foliage is probably enough to nudge any developer into a gothic mood, there’s no doubt that the months leading up to the theatrical release of Hotel Transylvania likewise inspired the birth of a cutesy monster or two. Case in point: Monster Mansion for iOS.

Monster Mansion plays a great deal like Hotel Transylvania Social Game, but the latter offers more to do, and is a lot more fun to toy with. You need to build a swank hotel/mansion for your monster pals to sleep and slum around in, which means adding to the structure room-by-room. 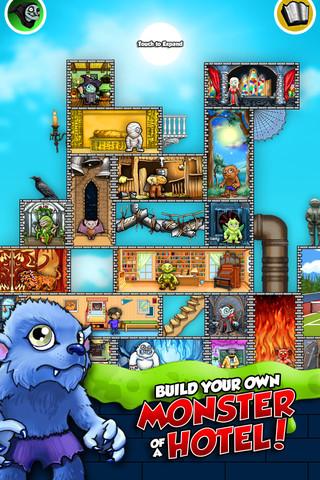 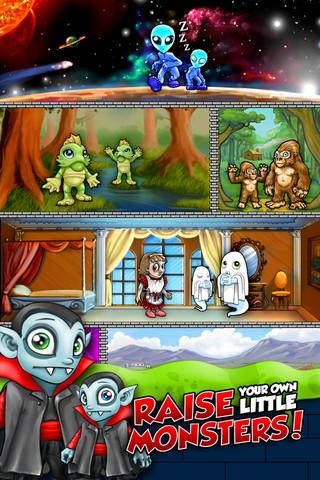 Each monster species has different aesthetic preferences. Swamp monsters want swamp rooms. Werewolves like “moon rooms.” Skeletons want bathrooms, for some reason. Either way, if you build it, they will come—and hang around for a while.

Unlike The Hotel Transylvania Social Game or even Hotel Transylvania Dash, the goons in Monster Mansion seem to stick around. Luckily, they pay rent, so it’s not hard to gather up coins for more upgrades (said monsters are also very good about paying on time, which is a relief, because who’s going to argue about late payments with a werewolf?)

One of the main problems with Monster Mansion is that there just isn’t much to do, since you don’t need to manage your time or tenants. Aside from tenant rooms, you can also build “scare rooms” that humans continuously wander into (for whatever reason). When you tap on said human, one of your monsters scares him or her, and you collect some coins. Then you do it over and over again. You can also decorate your mansion grounds, but since Monster Mansion isn’t really a good-looking game (barring the cute monster designs), you probably won’t even want to bother. 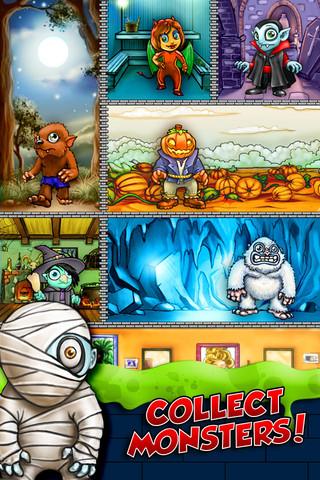 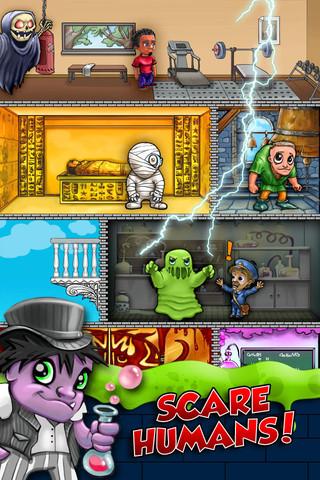 Monster Mansion is a freemium game, which means you can use premium currency (pumpkins, in this case) to buy special items and speed up projects like the building of new rooms. Unfortunately, the time-versus-cost is rarely even: a three-hour project might cost 12 pumpkins to finish instantly, which is a bit silly.

You should also prepare to see ads. Lots and lots of ads. Your in-game guide doesn’t really like to offer you quests, goals, or instructions, but oh boy he’s a champion at telling you what game you should download next.

Playing Monster Mansion is as disheartening as watching someone drop a pack of raisins into your Trick-or-Treat bag. Very young monster fans might appreciate the simple gameplay and graphics, but even kids will crave something with a sharper bite before too long.