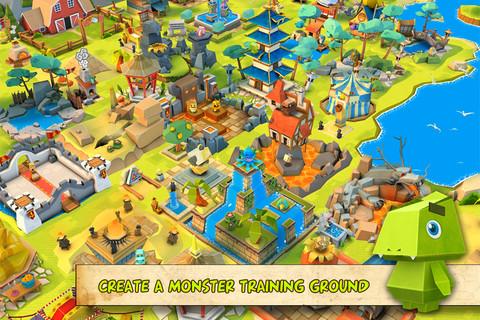 The most adorable monsters you’ll ever meet

I’ll admit it: I’ve found myself addicted to a handful of free-to-play sim titles from time to time. Despite a long dedication to “hardcore” titles, I got caught up in the Farmville craze when it began on Facebook, and I’ve been known to fall into addictive Dragonvale runs every now and then. But the one thing keeping me from delving into more of like-minded titles (aside from the fact that they play very similarly to one another) is the fact that they all use the same cartoony visuals.

Gameloft’s Monster Life, if nothing else, breaks the tradition of same-y social gaming principles. It breaks it hard.

In order to keep me from harping on and on about the game’s strongest quality, let’s get right to the meat of things: Monster Life, a quirky little pet sim with a papercraft world, is one of the best-looking titles on the iOS market. I’ve always been a subscriber of the belief that great art direction will always look better than photorealism, and in this reguard Monster Life stands out from the crowd.

On the new iPad’s retina display, there isn’t a pixel to be found on the game’s colorful cast of creatures, and every new paper animal comes with a variety of adorable animations. If this game doesn’t charm you, you very well might be lacking a soul.

The basic premise of the game is Dragonvale meets Viva Piñata meets Pokémon meets Nintendogs. Alright, so maybe it doesn’t sound very basic, but most of the game’s mechanics are surprisingly simple. It’s your job to host a farm of unique papercraft monsters. Your duty lies in the dual responsibility of raising and entertaining the little angels, all while training them to fight off the evil Chaos that threatens the land on the side.

The “raising animals” aspect of the game is nothing new to veterans of the genre. You have a limited amount of resources available to you, and it’s your job to spend them in order to generate currency, obtain new creatures, train your fighters, and build new decorations. The system does a great job of instructing players through a handful of well-crafted tutorials, and it’s plenty addictive.

Unlike most social sim titles, Monster Life is very generous with its premium currencies (used for speeding up recharge times and buying premium items), but it’s pretty difficult to generate the free currency of coins. In the end, you’ll end up getting the same extensive amount of gameplay for free that the genre normally offers, but the slow currency generation might put off players who have grown attached to tapping across the farm as quickly as possible for cash.

Interacting with your creatures is cute, but it quickly becomes a fairly arbitrary process. Tapping and rubbing your creature pets it, while shaking your device will cause them to topple. The only real application of this is to get a couple of coins out of your creatures, and the action feels a little tedious in the long run. 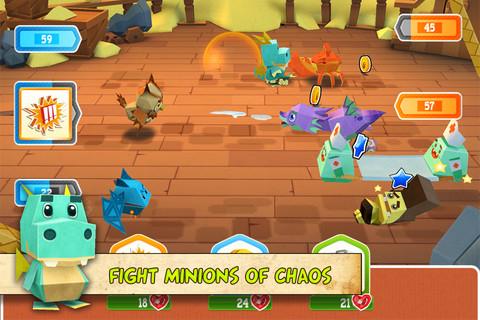 The games seemingly unique aspect of combat is similarly basic. Simply put, this is no Outernauts engine. While the game offers single, double, and triple battles, games boil down to type advantages, level, and boosts. With only 20 different creatures in total, most of your battles will be decided before you even begin. There’s the occasional challenge to click on your creatures when it’s time for a “big attack”, or spending a couple of points to give out stat boosts, but otherwise everything runs on its own.

All in all, Monster Life might not revolutionize monster farming, but it definitely doesn’t do anything wrong, either. The new elements, while welcome, might not make the game as deep as you’d think, but the gorgeous display makes it a must-have for established fans of the genre. Screenshots don’t do it justice – do yourself a favor and check the free title out, even if the only thing you do is bask in the refreshing art design.