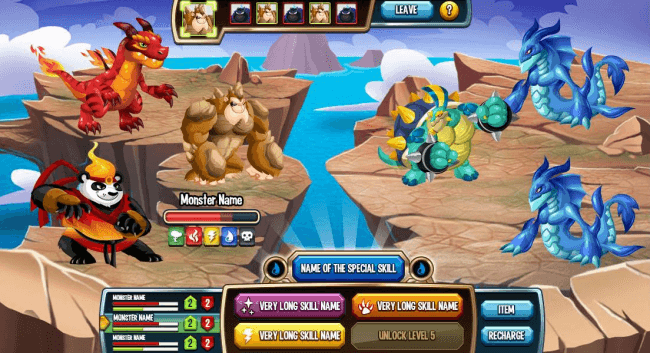 Some reviews are almost impossible to do without making direct references to other games. Monster Legends is one of those, as the free-to-play Facebook game owes more than a little debt of gratitude to a certain Nintendo-backed IP that starts with a ‘P.’ The difference is you’ll be breeding your own monsters instead of catching them, and while it’s not the kind of game that’s going to have mass appeal, it’s enjoyable enough for what it is.

Back story? Monster Legends doesn’t need a back story, thanks very much. All you really need to know is that it takes monsters to fight monsters, and since building your own a la Pacific Rim isn’t an option, you’re going to need to hatch some instead. Fortunately, you’re given an egg to get you going and some premium currency to speed through the steps of hatching and feeding it.

Congrats, you’re the proud mom or dad of your very own monster! Of course it needs a habitat to live in, food to help it grow – which can be grown on farms, with an investment of some basic currency (gold) and time – and some… um, companionship. The motto here could be “Gotta breed ’em all” instead of “Gotta catch ’em all” except that might sound a little too risqué.

Bad jokes aside, all basic monsters have an elemental type (plus thunder, which isn’t an element, but hey) that defines their special abilities and determines what kind of habitat in which they can live. By breeding two types of monsters, say, a fire and an earth, the resulting egg will produce a monster that has abilities from both elements and can live in either one of the habitats. Breeding is simple: just drag the two monsters onto the breeding ground structure and let the magic happen. The game doesn’t even seem to care what gender the parents are. As Dr. Ian Malcolm might say, life finds a way.

Other tasks on the home front include clearing rocks, trees, and meteorites to make room for more structures. Unfortunately, you can only have one worker performing a task at a time unless you spring for some premium currency. Habitats and farms can also be upgraded, though doing so quickly gets expensive in terms of gold and time. It almost feels like the game is daring you to spend some real money. 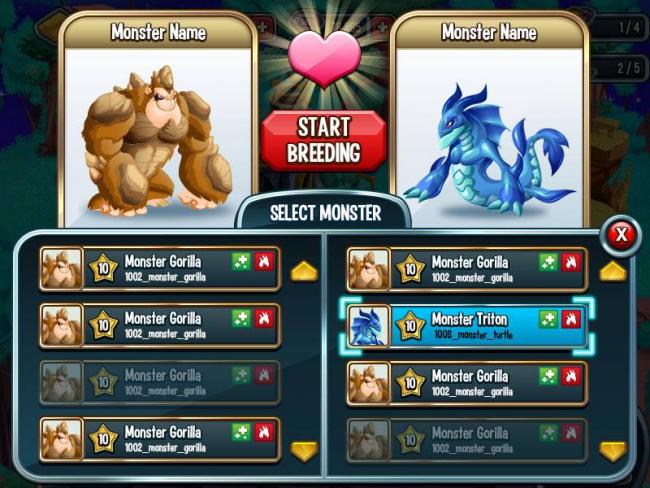 Once you’ve got a few monsters on hand, the next step is to load them onto your airship and send them to a chain of islands where they will do battle with the bad monsters. Combat is a matter of picking which attacks or abilities to use, with a meter at the time showing the order in which the monsters are due to act. Every ability has its own animation, though except for the specials that you can only use sparingly, these tend to be pretty basic. Every fifth battle or so is against an especially tough boss.

What strategy there is revolves around the rock-paper-scissors dynamic between the elements. That’s where the dual-element monsters come in handy, because if your enemies are resistant to fire, maybe an earth attack will work instead. Abilities also cost stamina, though consumables can help with healing or energy replenishment in a pinch.

Victories earn experience points for both you and your monster, as well as potential gold or resources based on a random spin. Both XP and food aid in leveling up monsters, which is helpful, and they learn new abilities as they advance. They also physically grow and transform at regular intervals, giving them a bit of extra personality beyond the fairly generic, not as cute as that ‘P’ brand art. It’s also nice that they come with names – one of my starting monsters was dubbed JJ. 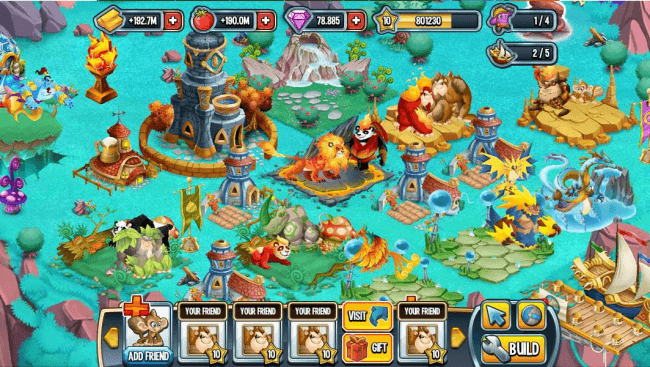 There’s more, like the usual social features and the option to challenge other players once you reach level 10, but it’s nothing you haven’t seen before on Facebook. Monster Legends is a kind of by-the-numbers form of entertainment that works if you dig the theme and probably gives you no real joy if you don’t. And as it turns out, it really was possible to talk about it completely on its own merits. Sweet.