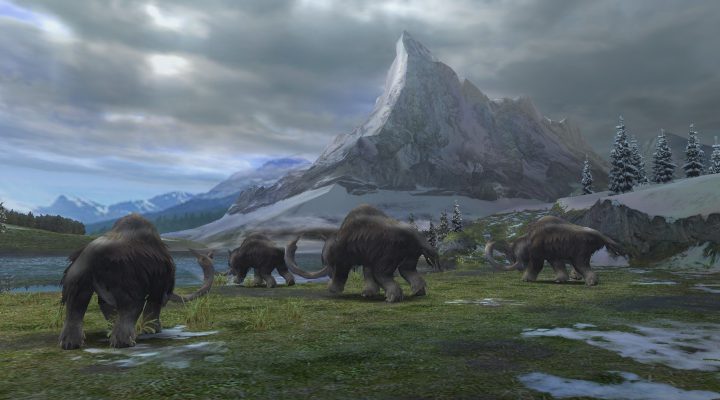 Capcom has continued the proud tradition of porting games from systems with buttons to iOS with Monster Hunter Freedom Unite.

The game was originally released as Monster Hunter Portable 2nd G in Japan for the PlayStation Portable before making its way to the West. Of course that name would have just sounded silly over here, so they called it… Freedom Unite.

This marks the first full Monster Hunter game on mobile, even if it is from 2008. That means all the taking of quests, killing of fantasy dinosaurs for their hides, and crafting them into better weapons that makes this one of the most ridiculously successful Japanese franchises in history. It means the game has literally thousands of hours of solo and cooperative gameplay, and that it’s just about as impenetrable an experience as ever.

It also means, unlike some Capcom ports like Ghost Trick: Phantom Detective and Phoenix Wright, that it was originally designed with action-heavy button controls in mind, and not exactly optimized for touch screens from the get-go. 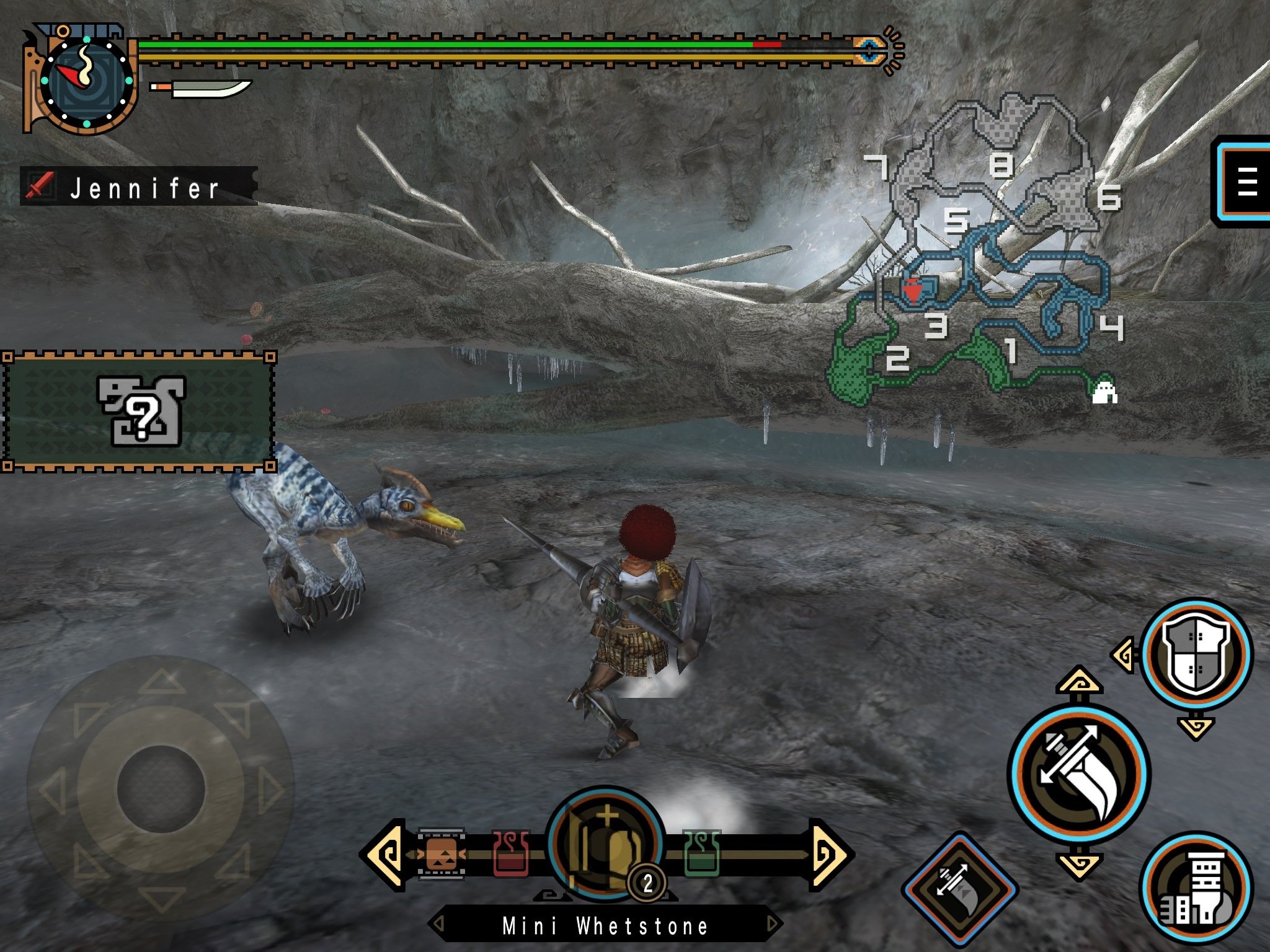 The first thing you’re likely to notice, then, is another proud tradition of mobile ports: virtual buttons.

These are hardly ever an optimal solution on touch devices, and it seems pretty clear Capcom realizes this. So much so that the onscreen buttons are each labeled by color and letter (as you’d find on an Xbox) presumably to remind you the game supports MFi controllers. In fact, ability to activate such an accessory is the most prominent feature in the options menu.

Despite their seeming worry that the game won’t function well without one, I found controller-free play shockingly adequate – for the most part.

On the left-hand side you have the single analog stick (much like on the PSP) ringed by a circular D-pad mostly used for navigating menus. On the right you have everything else. Three large, context-sensitive buttons allow you to ready a weapon, attack, dodge, etc.

The really neat feature, however, is that each button can be held and pulled, just like the virtual analog stick. Each direction you pull acts as another input, depending on what weapon you’re using, or whether you’re using one at all.

While holding down the run button, for instance, moving your thumb to the left will center the camera in whatever direction your hunter is facing, keeping you from the need to stop sprinting to adjust your view. On the other hand, if you’re holding a lance, let’s say, pressing the attack button will stab forward, while pulling it back will activate a charging attack.

This is crucial, because the various techniques tied to each weapon are part of what make Monster Hunter so appealing: the depth of repetition, and the thrill of hunting something enough times to know exactly how to counter each of its tricks with weapons, items, and armor. It’s a dance that can be walked through any number of ways, depending on how you approach it, and you’ll have to approach it many, many times over the course of the game. Perfecting the steps offered would be impossible if not for input that functioned properly.

In this case, it’s quite elegant, but as I said, only for the most part.

You might have noticed I didn’t explain how to move the camera normally. It’s the weakest link in the scheme, and could have used the same level of effort as the virtual buttons.

To control the camera, you swipe to the left or right of the screen. You can tap to center it, or swipe up and down to set the view at different angles. 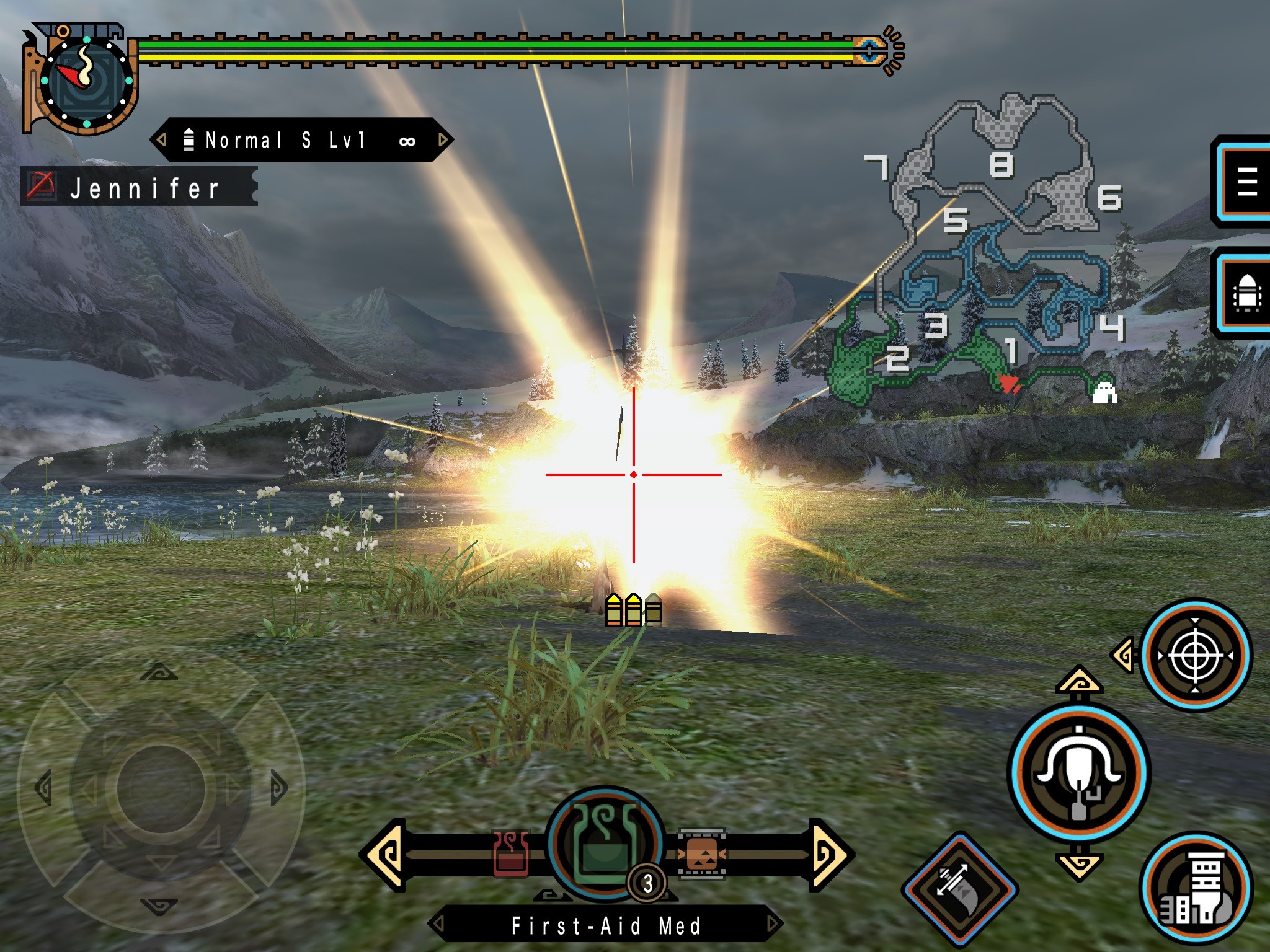 The problem is that with so many onscreen controls there isn’t much territory to actually swipe on. On the iPad, where I played the game, you have to release one side of the device to reach into the middle of the screen. Doing it once isn’t a major discomfort, but add together all the times you’ll do it in a game meant to be played for hundreds of hours and you’ll notice the issue. Suddenly, the dance of Monster Hunter combat is interrupted, and you’re forced to adjust.

It’s especially egregious when using ranged weapons that require your right hand to charge shots. This means aiming left-handed, and, in my experience, accidentally brushing the analog pad to move my character out of position. This could severely impact another of Monster Hunter’s best facets: variety. Thankfully, if you’re spending the obsessive amount of time with the game that you’re meant to, you should adapt. If you can, ranged weapons are just as effective as their melee counterparts, keeping the breadth and depth of the game intact.

Controls aren’t the only things in need of changing on the way to mobile, however. The PSP was a great deal smaller – and less powerful – than an iPad Air.The graphical updates made in the transition are almost nonsensical.

Characters’ faces look absolutely fine, but why does my training instructor’s armor look as if it’s made from PlayStation One textures stretched across an HDTV? It’s especially noticeable when background mountain ranges and certain attack effects look about as good as anything you’d find in Infinity Blade. 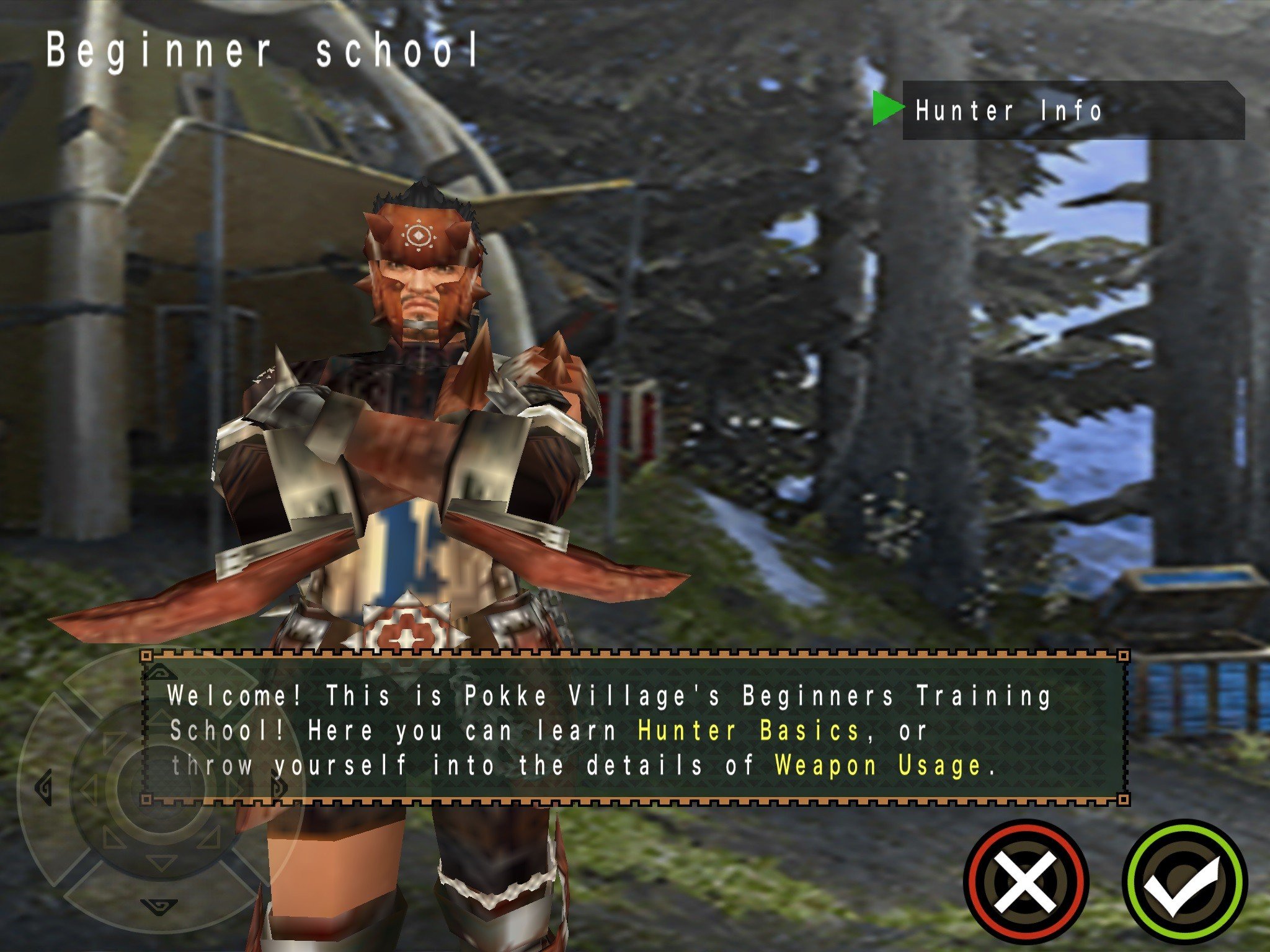 Speaking of that drill instructor, get ready to spend a lot of time in tutorials.

This isn’t just Monster Hunter; this is Monster Hunter circa six years ago, before anyone at Capcom even considered selling the game to someone who wasn’t already a series stalwart.

After about a day’s worth of intermittent play, I had managed to get through the basic and weapons tutorials, of which there are no fewer than 18 in total , to get accustomed to the new controls. That’s a little over a hundred plain text windows, in addition to several advanced diary entries hidden away in menus, telling you how to hunt and fight.

That doesn’t include explanations on running your farm, playing cooperatively, AI partners, hunter ranks, and the rest of Monster Hunter’s myriad minutiae.

If you’re looking for that old MonHun feel on a portable device you actually own, this is a surprisingly effective and faithful adaptation. Monster Hunter 4 isn’t out in the West until next year, though you can easily find the somewhat more accessible 3 Ultimate for 3DS without much trouble.

While still not terribly welcoming to newcomers, I found myself pleasantly surprised with Monster Hunter’s jump to mobile. If you’re looking for a game that can suck away thousands of hours of your life, Monster Hunter Freedom Unite should fit the bill nicely.