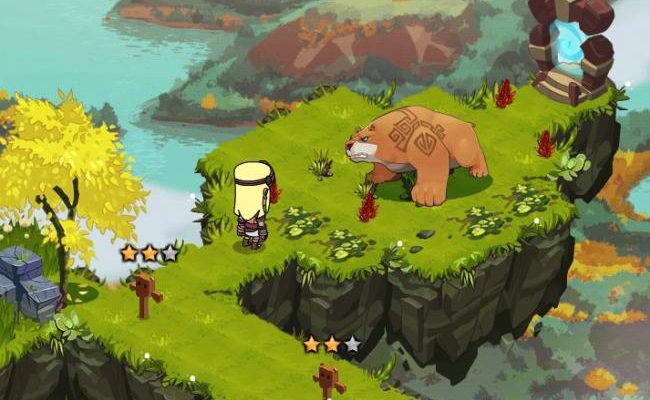 When it comes to influences, Monster Story only takes from the biggest games around. It features elements of FrontierVille, Angry Birds, and there’s even a dash of Pokemon. And it’s all wrapped up in a flashy, Saturday morning cartoon, anime style. This is one of the best role playing experiences on Facebook, though it’s hampered by dull boss fights and hefty friend requirements.

There is a narrative holding Monster Storytogether, but it’s a little hard to follow. All you really need to know is that the world is full of monsters and it’s up to you to help get rid of them all. You’ll start by picking a starter monster from a group of three, just like in Pokemon. This little guy will be doing all of your fighting initially, but you’ll be able to pick up other monsters along the way. 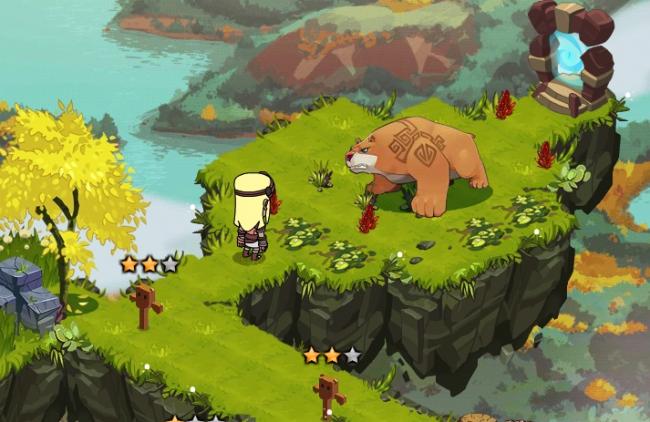 The game is divided up into different areas, each of which ends with a portal that brings you to the next challenge. Most areas feature a non-playable character who you can talk to to get your mission, which almost always involves simply getting to the portal. The areas are all filled up with obstacles, so there will be lots of grass to clear, rocks to smash, and trees to cut down. This reduces your energy, but earns you experience and cash, which you can use you to improve your skills and purchase new gear.

And, of course, there are lots of monsters to battle with. There are two types of battles depending on what type of monster you are fighting against. When you square off against a wild monster, the battle plays out almost exactly like a puzzle from Angry Birds. You have a weapon that can fire cannonballs, and you have a certain number of shots you can use to eliminate all of the enemies you’re up against. If you run out shots before they’re all gone, you lose. But when you face off against a monster with a trainer, the two of you will take turns firing shots until one of the monsters is beaten. Just like in Angry Birds, in addition to the monsters there are also structures made of different materials that behave in different ways. 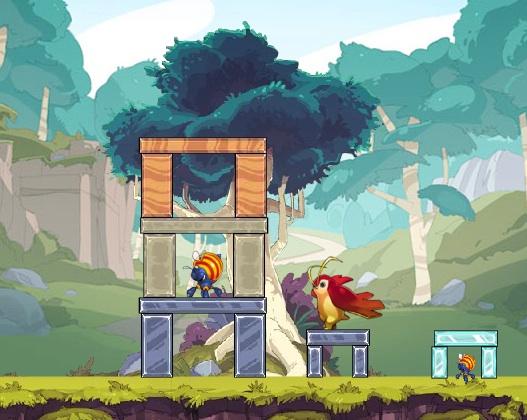 There are also boss battles, but these are much less enjoyable than the rest. You’ll face off against a massive monster, so big, in fact, that you’ll be given several days to defeat it. Your attacks will only take off a tiny amount of damage, so you’ll need to return to the fight several times, slowly whittling away the boss’ health. The idea is that you can get friends to help you out and speed up the pace, but even still these battles are very tedious.

Though Monster Story is essentially a single-player RPG, it of course features some social add-ons. In addition to calling in help for boss battles, you’ll also need friends to pass certain obstacles and to add certain monsters to your team. Problem is, the friend requirements are pretty steep, so you’ll miss out on a lot of the experience if you don’t have a large group of friends who are playing as well. 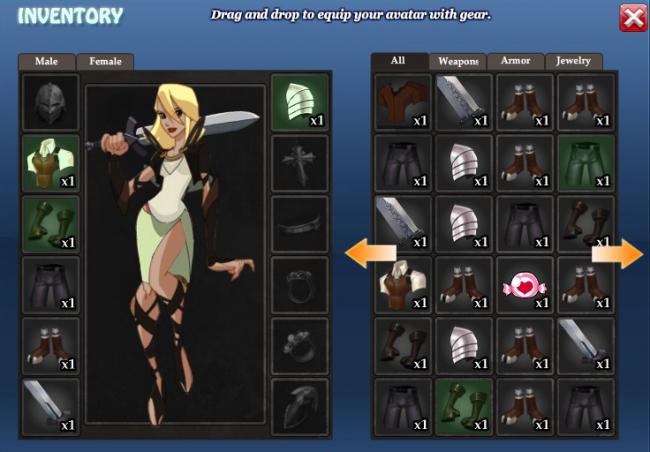 Unsurprisingly, as a game clearly influenced by Pokemon, Monster Story has the look of the next big cartoon craze. The anime inspired visuals are sleek and colorful and the monster designs are varied and interesting. The game wouldn’t look out of place on your television on a Saturday morning.

But even with the steep friend requirements and the frustratingly boring boss battles, Monster Story is still a great game. It manages to combine elements from three disparate games, and turn them into something unique and enjoyable. Now you can catch ’em all…on Facebook.

The Bachelor: The Videogame Review