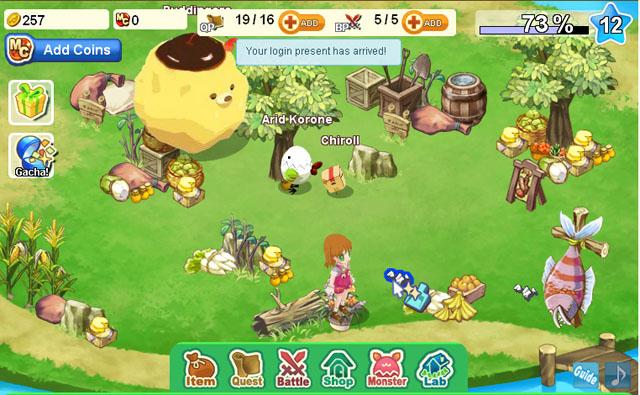 Monster Fusion is the latest in a growing number of games that attempt to bring the obsessive-compulsive appeal of Nintendo’s Pokemon franchise to Facebook. Monster Fusion is much more successful at this goal than most of its competitors, since it had the good sense not to emulate Pokemon too closely. Monster Fusion redesigns the well-worn monster training RPG from the ground up to suit the needs of the Facebook gamer. The result is a game that is fun, completely engaging, and free of many of the annoyances that drag down other Facebook attempts at the genre.

Where other games have you capturing monsters you battle purely because that’s how it works in Pokemon, Monster Fusion is willing to do something completely different. In Monster Fusion, you acquire monsters by depositing money into a magical in-game vending machine called the Monster Gacha (in reference to gachapon, Japanese capsule toy machines). Your first trip to the Monster Gacha is free and after that each new monster costs a highly affording 200 gold coins. You earn gold coins by completing quests and defeating other monsters in a PvP mode.

These aspects of the game work much like traditional text RPG. You do job quests multiple times to eventually clear them, earning gold and experience with each attempt. When you go to battle other teams of monsters, the game automatically matches you with rivals who are around the same level as you. Winning battles rewards you with money and with decoration items for your ranch area, most of which you can’t purchase from the game’s shop. There are also story quests where you battle special computer-controlled teams of monsters. You yourself can keep up to three monsters in your active team at any given time. Active monsters gain experience from quests and battles, but have to be fed regularly. Monsters you keep in storage gain no experience, but don’t need to eat.

What’s wonderful about Monster Fusion is that it doesn’t penalize you for wanting to train up lots of different types of monsters. You can quickly level up new creatures from the Monster Gacha by doing quests, then begin taking them into battles. You earn so much gold that you can easily afford to spin the Monster Gacha 20 or 30 times per day. Monsters you don’t want can be fused into your favorites through the titular Monster Fusion machine, which increases the base monster’s stats and can also teach them new special moves. 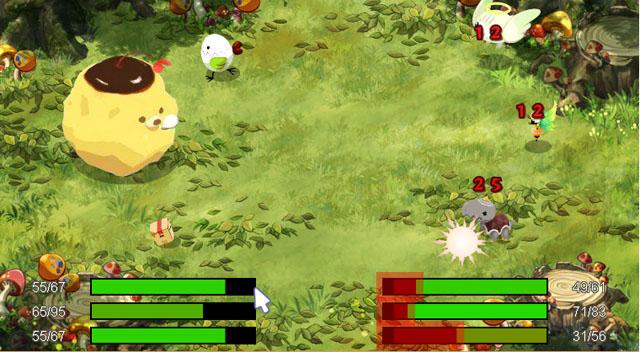 There’s a second Monster Gacha machine called the Appear Gacha that you have to pay real money to spin, but that guarantees you’ll get one of the rare monsters who appear much less frequently in the standard Monster Gacha. This aspect of the game is a little annoying, but not unbearable, since the fusion process means you don’t need rare monsters to be competitive anyway. Monster Fusion is otherwise a great Facebook game that is easy to enjoy whether you play with friends or just go through the game solo.