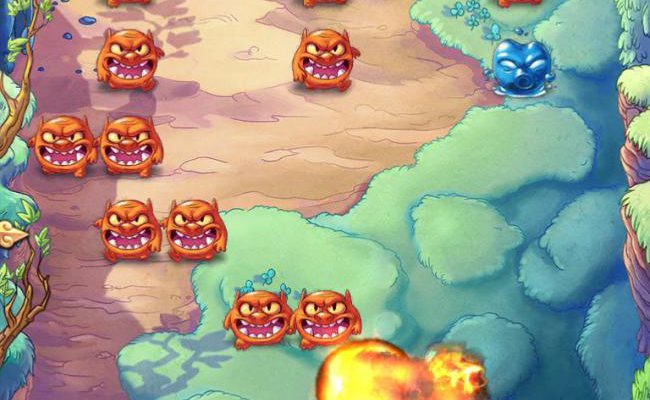 Little known fact: there are so many wizards out there in the world that treasure hunting/adventuring is no longer a reliable career. So what’s your average spell slinger to do when it’s time to pay the rent? Well, there’s good money in pest control (which totally makes sense, considering how many giant rats and spiders adventurers often have to kill). Monster Burner, Ubisoft’s newest title for the iPad, shows just how much fun being a magical exterminator can be.

Monster Burner is a defense game that has you flinging fireballs at monsters marching down the screen. If a monster makes it to the bottom, you lose some life. At first getting rid of the monsters is pretty simple, you just hurl fireballs until they stop coming. But the levels progress and things get tougher, as they’re want to do.

You only have so much magic (represented by bottles at the top of the screen) at your disposal; though the magic regenerates over time, it’s easy to burn through it — especially if you hold your finger on the screen and build up a larger fireball, which are particularly useful against tightly-packed hordes, since they have much larger diameters than normal. 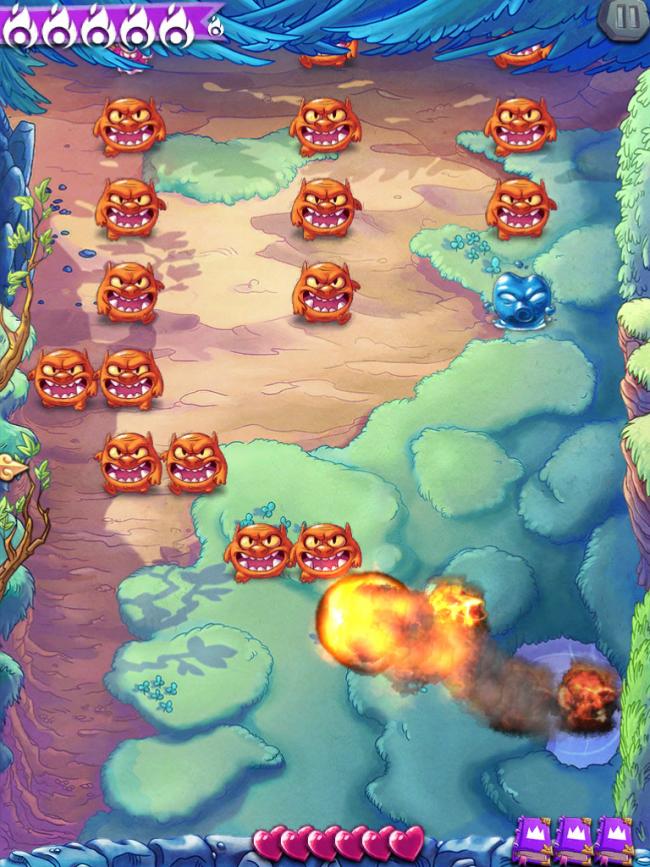 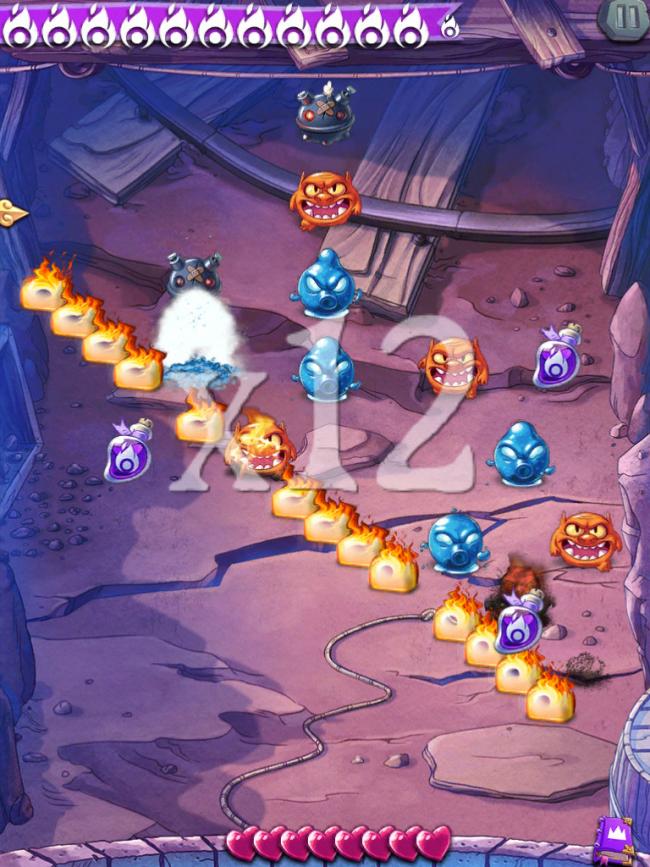 The way to truly succeed at this game, though, is to play smart. The more enemies you burn through in a single shot, the higher your score. Not only that, but if you manage to hit enough enemies in one go, the increasing combo will cause them to drop useful items like mana vials to regenerate your magic supply, gold coins (used to unlock spells and abilities within the in-game store), and score bonuses. After a while, new items like bombs start to appear amidst the enemy ranks, as do friendly princesses you have to avoid hitting and more powerful enemies that are tougher to take down. The game is constantly having depth and challenge added to it, which keeps things from ever feeling too easy or repetitive.

Earning coins is a slow process, since you’re only likely to snag a couple per level. Not surprisingly, Ubisoft allows you to buy coins for a nominal cost. If you’re willing to invest some time, earning gold the old-fashioned way nets the same result, and this is one of those titles where playing for extended lengths of time isn’t exactly a chore.

The gameplay isn’t the only excellent thing here, as the production values are absolutely stunning. Ubisoft really knocked it out of the park here: the backgrounds look like they were hand-painted, the different characters feature clever design work, and the effects of various spells on the screen look pretty dazzling. The music is also great, and each environment features different tunage that never seems to get old.

Monster Burner is a blast. Literally. The gameplay is fun and challenging, the graphics and sound are totally charming, and the overall experience is utterly addictive. Pick this one up – you won’t be sorry you did.

Bring Me Down Review