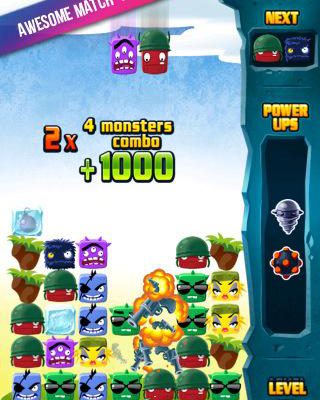 Monster Blaster is utterly unremarkable in every way you can imagine

A simple tile-matching game, Monster Blaster features one mode of tiles dropping down. You have to rotate them and make sure you get at least four of them touching adjacently in any direction. When they clear, a monsterish voice yells, “Combo!” Set up a chain and it yells, “Super Combo!” Fill the screen to the top, and it’s game over.

You can earn power-ups such as a drill that destroys an entire column, bombs that clear a small area or targeted destruction of a single monster type. 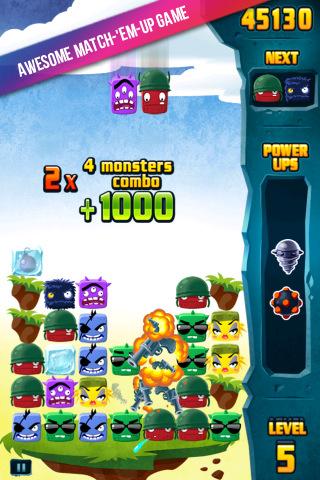 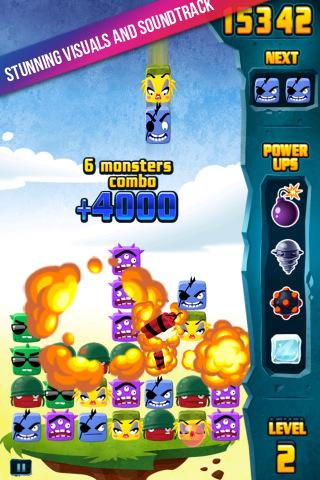 There’s not a lot else to say about Monster Blaster. The graphics are bright and cheery, and do have sort of a personality to them. The monster voice is a blatant rip-off of the character Trogdor from the famous Homestar Runner internet cartoon. The music is largely forgettable.

The controls are a bit clunky, as moving pieces horizontally feels inaccurate – not a good move for a puzzle game. The game speeds things up to the point that, unless you’re one of those crazy people who can play Tetris at level 14 while both hands are wrapped in bandages, you haven’t a hope of getting to a level in the double-digits in Monster Blaster. And with only one mode, you’re not going to care for too long either.

Monster Blaster is remarkable in its utter unremarkability. There is little to recommend this title, as there’s little to bother with, and even less for us to comment on. Feel free to pass this one by.