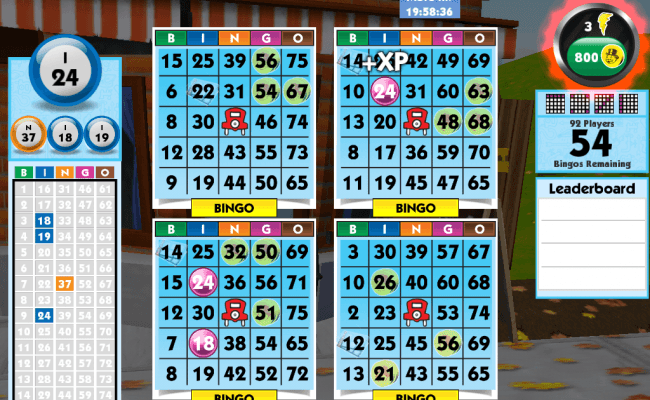 Not quite Boardwalk, but better than Baltic Avenue

My day job is in a casino, so I’ve seen on slot machines how the Monopoly brand gets people excited. EA is hoping to tap into that feeling in a different way as it unleashes Monopoly Bingo,a freemiumgame for mobile devices. The mash-up between iconic board game and number-marking pastime is exactly what it sounds like, yet somehow still falls short of what it could be.

Let’s assume for the sake of argument that you already know how to play bingo. Monopoly Bingo certainly figures that’s the case, throwing you right into the action in the first of many different rooms, each of which is themed after one of the Monopoly properties. The visual trademarks are all present and accounted for, from Mr. Monopoly to the sad inmate who is in jail and not “just visiting.” 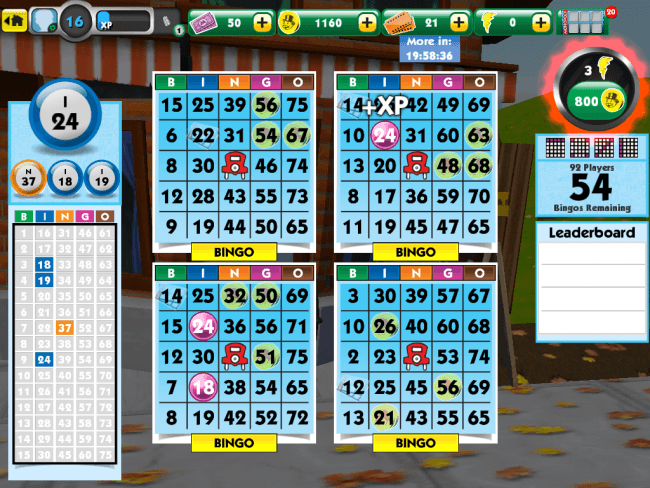 The overall goal is to level up and unlock more rooms/properties. In each round, you’re competing live against other players attempting to do the same thing, and there are only so many total bingos that can be scored before the round ends. Every number you mark earns you experience points, and bingos pay off with coins and extra rewards, particularly if you hit them early.

EA spices things up by adding power-ups to the mix, including free spaces, extra coins, and even instant bingo squares. Your ability to use them depends on how many lightning bolts you have, which in turn can be purchased with coins in a bit of a vicious cycle. You can also buy them with real money, and if nothing else, this is a game that is monetized out the wazoo.

That doesn’t mean it’s not fun. One of the things that Monopoly Bingo gets absolutely right is to keep things up-tempo, as there’s barely any downtime. A new round is always right around the corner once the current one wraps up, and there are scratch cards to play if the 15 seconds or so to wait for other players prove to be interminably long. There’s also not much delay in-between numbers, which are called at a blistering pace. You can eventually play up to 16 cards at a time (or eight on the iPhone version), but since only four can fit on screen at once, good luck trying not to miss any numbers. 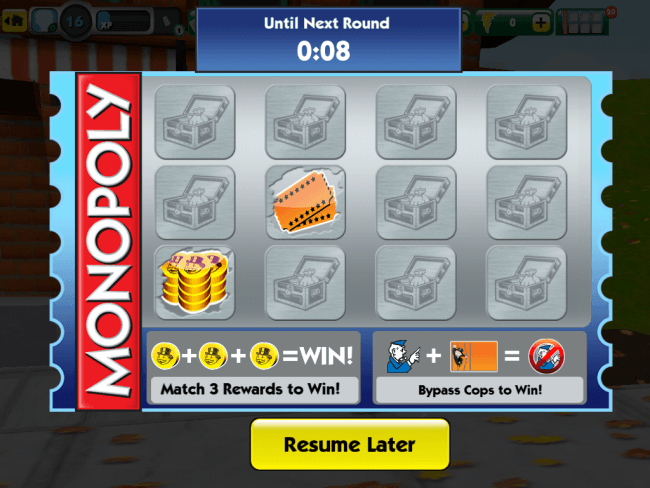 An auto-daub feature is available, but only by spending the game’s premium currency. Perhaps the most annoying aspect is that every card you play costs a ticket, and your supply of those only replenishes every 24 hours. Yes, as in daily. A Candy Crush-style gift mechanic would have been welcome here, but besides winning them on the scratch cards, there’s only one way to get more tickets early – and I probably don’t have to spell out what it is.

Another issue is that there might not be enough Monopoly to go along with the bingo. Enough wins on a single property can get you houses or a hotel (which in turn award bonus XP), as well as Chance symbols that can eventually be turned in for the board game’s playing pieces. But there’s no real sense of collecting or amassing anything, and the ultimate aim isn’t to bankrupt other players but just to play more bingo.

That’s great if you really like bingo, but maybe not so swell if you don’t. Monopoly Bingo is slick, fast, and definitely represents the brand, it just doesn’t feel like it’s likely to keep anyone engaged long term who wasn’t specifically looking for a new bingo game to play. Maybe there are limits to Mr. Monopoly’s power after all.