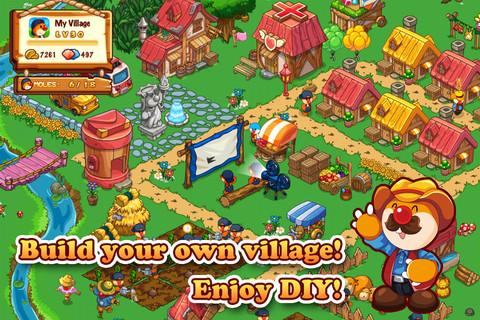 Mole’s World, while competent, is a blatant rip-off of Smurfs’ Village

They say that imitation is the greatest form of flattery, but when it comes to games, that doesn’t always equate to a good thing. Mole’s World is a new virtual space oriented game, out of China, created by Taomee Network for iOS. That in mind, the term “new” need be used loosely as this is once again a title where users manage a small village and it is modeled, almost exactly, after the popular game, Smurfs’ Village.

An arbitrarily evil looking character by the name of Kula has destroyed the village of Uncle Bodhi and Mason, a pair of overly cute-looking mole critters, while they were away. Now homeless, the moles must rebuild their pint-sized community with the help of the player in a management type of simulation. Thankfully, fans of this style of game will be rather familiar with the core game play.

A mobile-social game, players earn their keep using the standard “farming” method. In order to earn money, they construct plots of land for crops and grow them over lengths of time that range from under a minute to over a day. The more profitable the crop, the longer it takes to grow, and should users not return in time to harvest it, the crop spoils and is lost. In order to actually manage the crops as they grow, however, moles are needed to till the fields.

For every home the player builds, one new mole is added to the populace, and for each action taken, at least one mole is required. This includes constructing said homes. If ever one desires to expedite the process though, they can spend a small amount of the virtual currency, “Supershells,” in order to make any construction or crop growing instant. Unfortunately, this is where memories began to stir.

As we noted, Mole’s World is modeled after Smurfs’ Village, but it wasn’t until the player is introduced to the Supershells, that the extremity of “inspiration” was noticed. Almost the entire game uses Smurfs’ Village as a blueprint, right down to the order of the tutorials and the characters introduced. In the predecessor, the Smurfs flee when Gargamel finds their village (Kula destroys the mole village). Where do they rebuild? Between two rivers they’d never noticed before. The moles do the same. Next, when the tutorials begin, the prompts are even about the same. When players in Smurfs’ Village learn of the virtual currency Smurfberries, it is “found” in the forest by a random Smurf. In Mole’s World, Supershells are “found” as well, only by a random mole.

The copy continues when special characters are introduced as a “laughter” is heard in the woods (sounds like Jokey Smurf) and sure enough, an overly jovial mole is found. What does he do? He grants players daily rewards; same as Jokey. This process and order of introducing new characters and mechanics during the tutorial phases is almost identical to that of Smurfs’ Village. 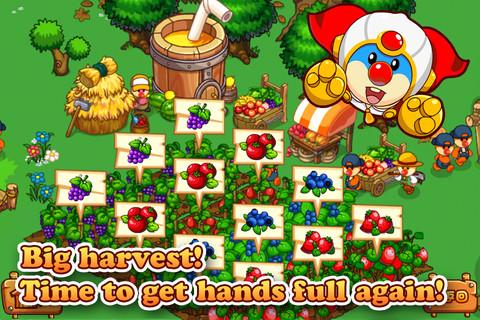 The only stand out difference that Mole’s World has is that it has mini-games that come from special characters’ homes. Smurfs’ Village has this as well, but at least Mole’s World’s are different; in a manner of speaking. They are different from Smurfs’ Village, but not so much from other games. In fact, the first mini-game is a juice making game in which players slice up fruit… just like Fruit Ninja (though it is more watered down). Other mini-games are a bit more original, such as trying to swat bugs with one’s finger as they crawl under kitchen supplies.

The only other thing that really comes off as different is the visual style. It is still cartoonish, but the mole’s are cute and have at least a slightly different aesthetic to them. Along with different types of buildings to create, it is at least a decent change for Smurfs’ Village players that want something that at least appears new. Other than that, the only other thing worth noting is that it has standard social mechanics such as visiting friends’ virtual villages and gifting items.

Overall, if players are looking for something new and exciting, it is certainly not going to be found in Mole’s World. The game is more than just “inspired” by its predecessors. It flat out mimics them on several different fronts; even the tutorial presentation. That said, the game is, at least, technically solid and plays well, with nothing glaringly wrong (save for some translation issues) from a functional stand point. If players can look beyond the lack of originality, Mole’s World might be worth a try, but if not, it is definitely a title to pass on.