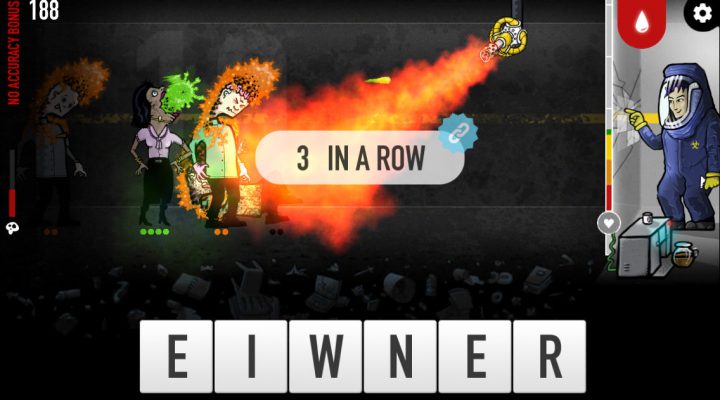 The zombie chaos can get pretty overwhelming at times.

We who grew up in the ’80s and ’90s like to get sloppily nostalgic over Apple II educational games like Oregon Trail and Number Munchers. They made learning fun by offering an intense challenge while teaching us to think on our feet. (“Solve 9×9 or die, little girl!”)

But those of us that know the value of a decent educational title rarely take the time to praise modern efforts that combine quick thinking, learning, and a good old-fashioned video game-style challenge.

We really should, though.

Moldicide, a word game from Sprouted Interactive, is a good place to start. It’s amusing, intense, and it offers some decent motivation for stuffing words into your head: If you don’t spell quickly enough, fungus-infested zombies will feast on your head-meats. 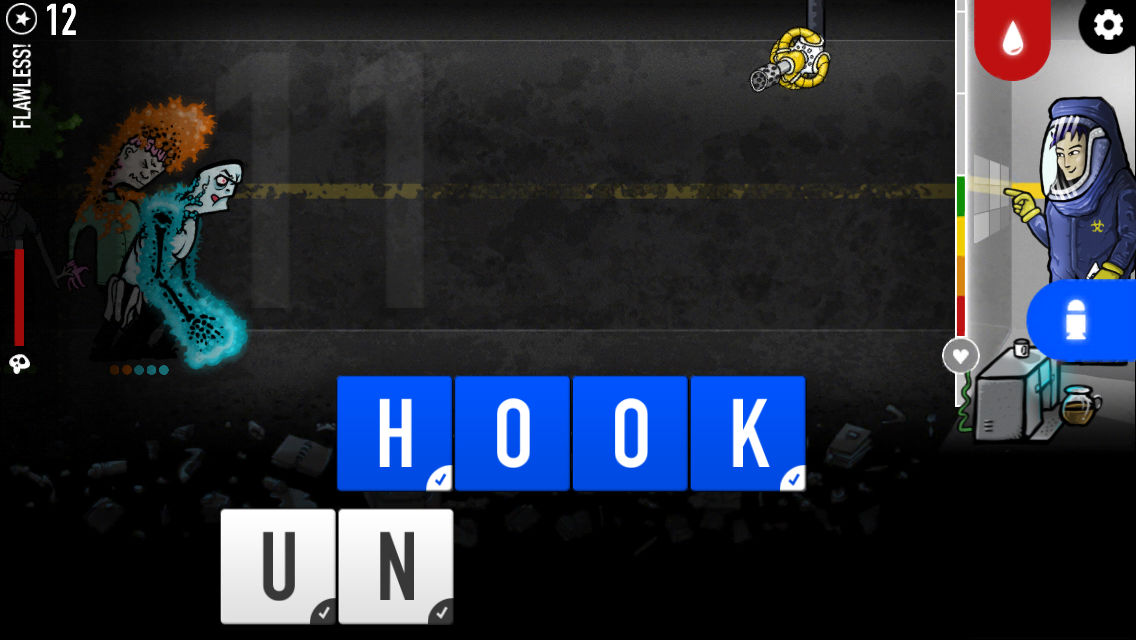 Moldicide takes place in a secret government lab where something has gone very wrong. Seemingly everyone has been turned into some manner of zombie-like creature thanks to an invading, malicious mold. The only beings with their wits still intact are the facility’s janitor, Chao, and a super-intelligent cappuccino machine named Ernesto.

In order to save yourself and your coffee, you need to hack into the facility’s weapons systems by guessing at their passwords. This “guessing” actually requires you to make viable words out of anagrams. The longer your word, the more powerful the blast. When all the “Moldies” have been driven back in a level, you’re allowed to progress to the next stage.

At first, you may wonder if Moldicide is kidding you. You’re given four letter tiles to work with, and spelling out “RATS” and “CATS” feels like kindergarten baby work. But as soon as you start fantasizing about winning Junior Jumble tournaments across the country, Moldicide turns on the heat and adds more letters to your anagrams.

Here’s the thing: You obviously can’t spell the same word twice, and you’re not allowed to move on to the next anagram until you’ve used all the letters in your current one at least once. Moreover, while small words put a few dents in the advancing forces, big words bring out the big guns.

Meanwhile, the Moldies get faster, smarter, and more deadly as you go. They devise ways to launch long-distance attacks and pierce through your shield with fewer hits. 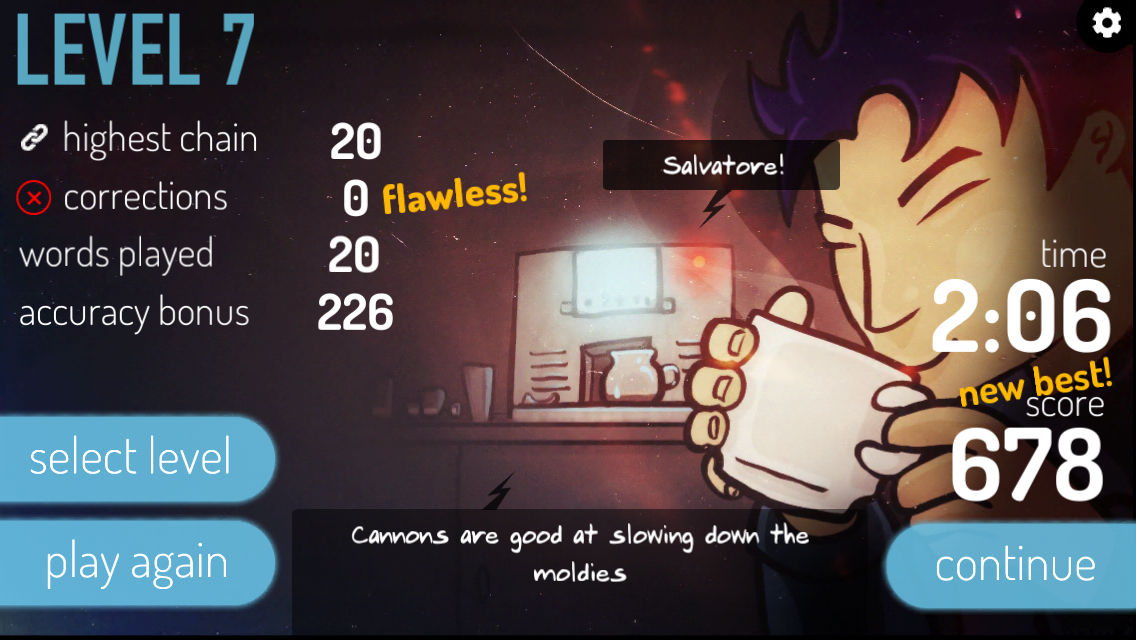 Moldicide largely offers good frantic fun, and it really does sharpen your ability to recognize words and spell them correctly in the heat of battle. Granted, there probably aren’t going to be many moments in your life where you’re forced to spell or die (knock on wood), and sometimes the flow of enemies can be a little too thick and your weapons don’t do nearly enough damage.

These are minor quibbles that don’t do a lot to stifle the overall character of a pretty funky game. Guns, fungus, sweat, and desperate word-making: Moldicide has it all.