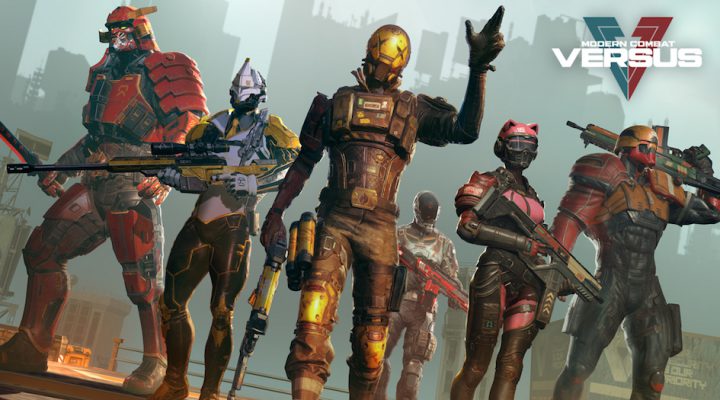 Only one objective type

Heavy on the free-to-play elements

Fun and flawed. If you need a three word review of Modern Combat Versus, that’s the perfect way of summing it up. It frequently gives with one hand and takes away with the other. The basic foundations are solid, but there’s that sneaky suspicion that it’s an update or two away from actually being great. For now, it’s a little lightweight, needs more content, and is all too keen to utilize some cheap free-to-play elements. 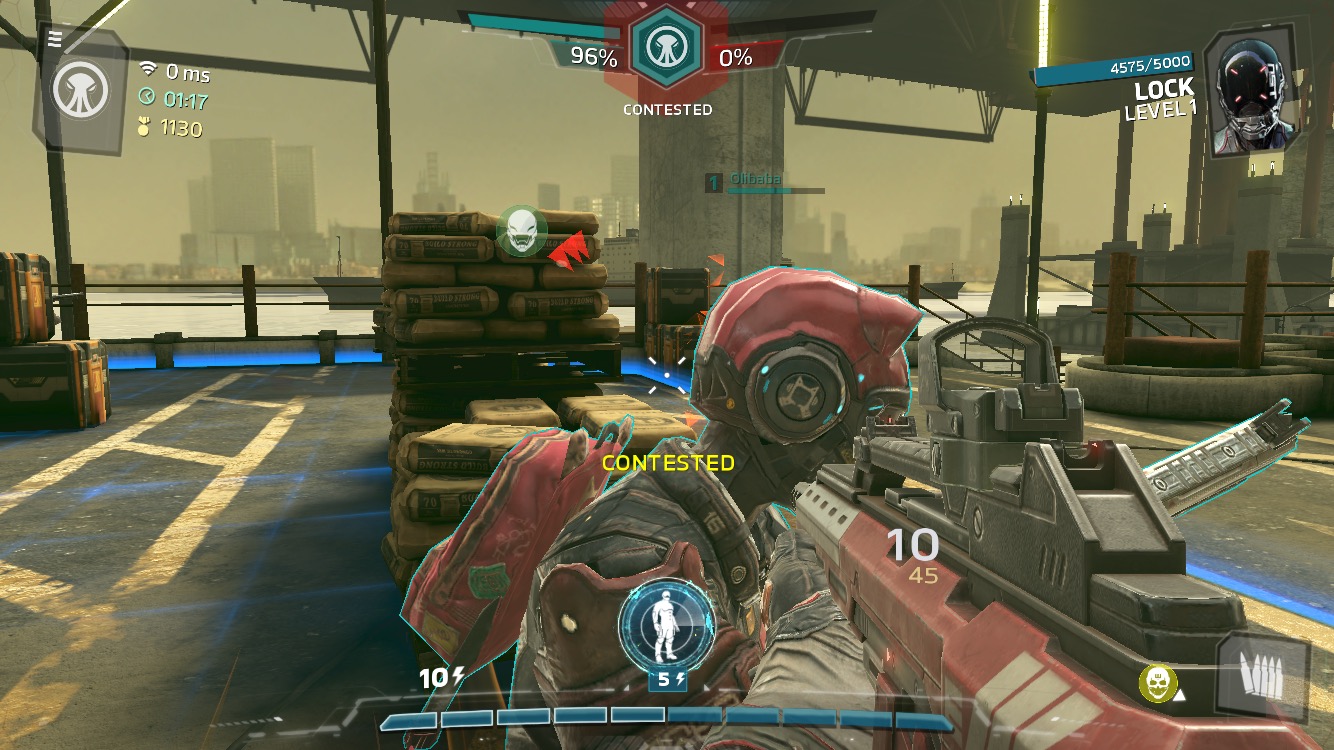 Taking it back to its very core, Modern Combat Versus is part Call of Duty style multiplayer, part Overwatch. That sounds spectacularly exciting for FPS fans, but maybe don’t get too excited just yet. Taking part in 4 versus 4 multiplayer battles, you’ve currently only got the one objective type to deal with. It’s a King of the Hill style deal with you having to control a certain point on the map for a brief length of time in order to win. It’s a common concept and one that’s very easy to get to grips with, which is lucky as it’s the only objective there is just yet.

You move around by holding a finger to the left side of the screen with the right side dictating looking and your reticule. Want to shoot at someone? Well, that’s done automatically by default and it works pretty well. Simply aiming rather than having to worry about juggling yet another control is hugely beneficial on a touch screen, saving you some valuable milliseconds while you fire at your target. It works well and you’ll still feel in control of the action. 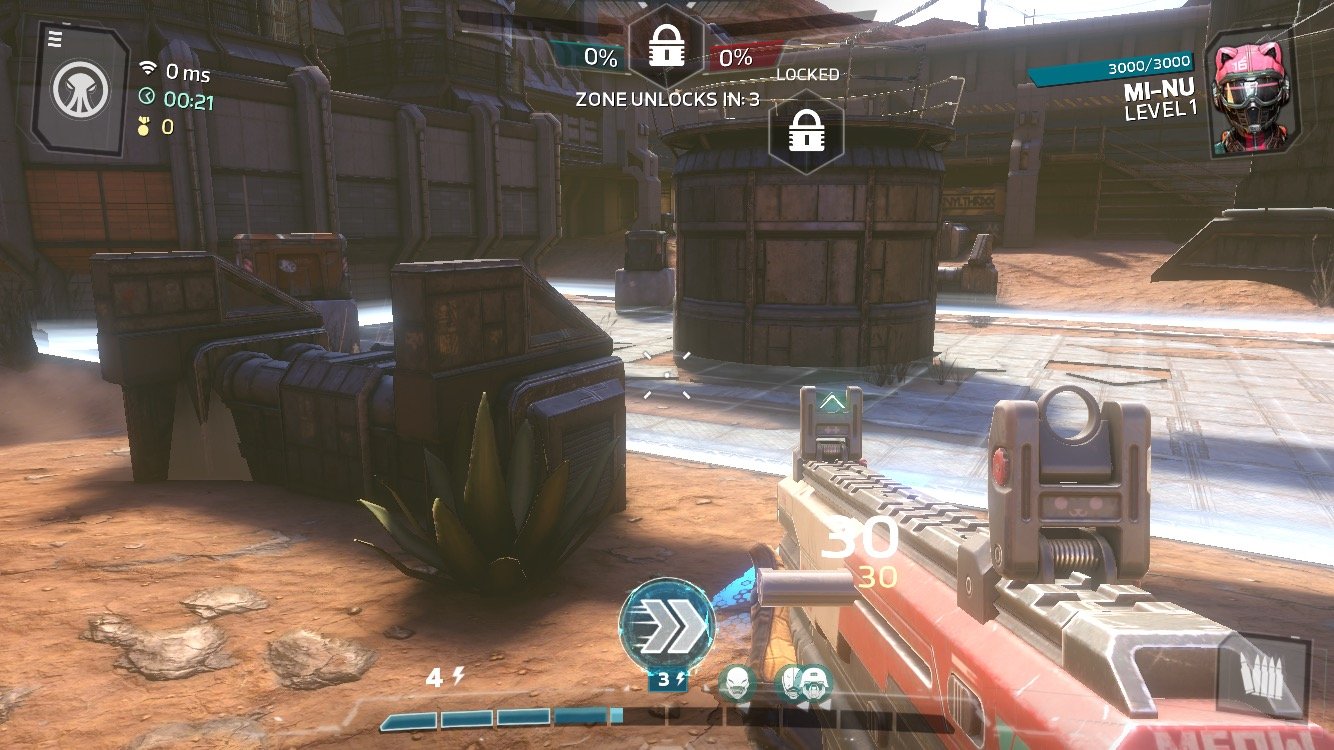 Additionally, each agent in the game offers their own bunch of weapons and skills. Think Overwatch and it kind of works like that. Each agent can activate their ability by hitting a button on the center of the screen, helping their chances in battle. It’s a neat idea in theory.

Indeed, the basic structure of the game is all pretty good if unrefined. There are only 5 maps right now and the one objective type but the potential is clear. So, where does Modern Combat Versus struggle? That’ll be the F2P stuff.

You see, Modern Combat Versus offers loot crates much like Overwatch. But these are more like Clash Royale’s variety of boxes in that they take a while to unlock, you can only collect so many at once, and they can be all too important in the long run. They affect what classes you have available to you as the currency they provide you with is used to buy new agents. Potentially, that could really skew how things work out as players favor the same agents to unlock. Regardless of the long term effects, it simply means you don’t get the full game without waiting or grinding.

Sure, you can buy your way ahead, and that seems to be what the developer wants you to do. Odds are you will a little, but with only the one objective type, this won’t feel so exciting just yet. Ultimately, that’s what leaves Modern Combat Versus feeling incomplete. It’s fun and satisfying playing what is there, even if the players you go up against aren’t exactly that tough to contend with. But it immediately feels like a game that you’d be better off waiting for a few updates later to check out. Hopefully by then, the community will have matured and there’ll be additional maps and objective types to delve into. For now, it’s a little too half baked.