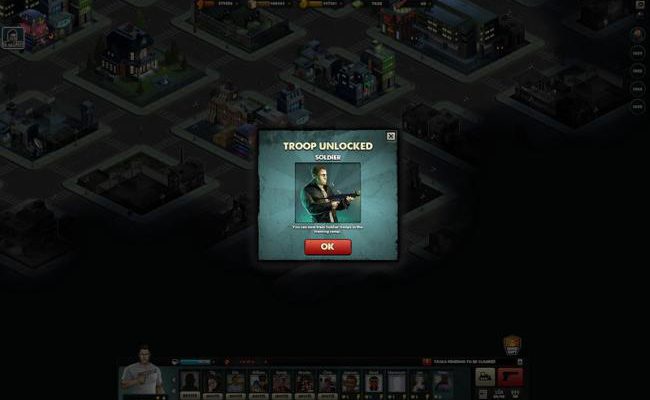 The best chance you’ll ever have to engage in organized crime with your parents.

Rebooting is definitely the cool thing to do right now. If it’s good enough for Spider-Man, and there’s already been talk about doing it for Batman before The Dark Knight Rises even leaves theaters, why can’t it work for a social game? Playdom thinks it can, which is why Mobsters: Criminal Empire is now live on Facebook, allowing players to rise through the mob ranks in a much more strategic fashion than before.

You may recall that the original Mobsters was one of Playdom’s first big hits (a sequel, Mobsters 2: Vendetta, never caught on to the same degree), long enough ago that it was also big on MySpace. That alone should tell you why it’s a logical candidate for a fresh start, and Mobsters: Criminal Empire provides onebyamping up the graphics and shifting from a role-playing focus to more of a tactical exercise.

To be sure, there’s still a story there. Your unnamed but fully customizable avatar is out to impress Mr. Rubino by expanding the reach of his titular empire. This has to be done the hard way, block by block and building by building, by sending your loyal troops to “convince” various kinds of businesses and structures to fall in line. A short tutorial gets the ball rolling, and there are missions that provide a bit of a narrative, but the story doesn’t drive the game. 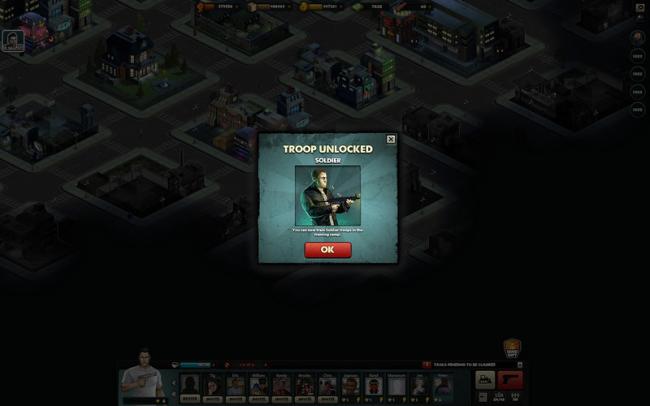 Instead, the gameplay revolves around strategic decisions and resource management. The latter requires you to keep up your stocks of Muscle to hire more troops, as well as Product and Coins to buy things and upgrade the buildings under your control. All three resources are produced by different kinds of buildings you can take over, so it pays to go after a good balance. Adding new businesses to your organization also removes some of the fog obscuring the borders of your turf, allowing you to expand even more. Playdom has stated that every player’s map is randomly generated, so no two cities should have the same layout.

Strategy comes into play when making takeover attempts, as every building has hostile inhabitants. Troops can only be used once, so committing more than needed to win wastes precious resources. A rock-paper-scissors element is also in play thanks to the varied strengths and weaknesses of the different types of troops.  A meter shows how the game estimates the chances of your chosen force winning the battle, but it has a tendency to pull a Grand Moff Tarkin, overestimating the chances of an AI victory.

Controlling the streets is nice, but Mobsters: Criminal Empire also makes you deal with rival enterprises. Computer-controlled gangs need to be dealt with on their own ground, and other human players can be attacked as well. This is probably the most interesting part of the game, as the defending forces have turrets, obstacles and mines in place, and you have to decide how best to attack them. Troops fight on their own once released, but you do get to decide the direction they will head in and when to set them loose. Simply overwhelming enemies with superior numbers can work, but a more thoughtful approach is often even better. 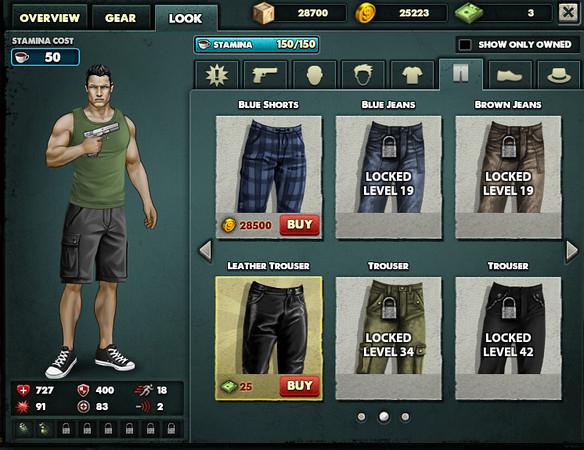 Except in times of special protection, opposing cartels can also attack your buildings. Setting up a good base defense is therefore also a must, and it plays out much the same way as defending does in Command and Conquer: Tiberium Alliances. Honestly, I’m not sure I ever expected to type those words about a Mobsters game.

Actions of all kinds – takeovers, turf wars and even collecting resources – earn experience points toward leveling up your avatar. At level 7, he or she can join in raids against opposing mobs, and new cosmetic items and weapons are unlocked on a regular basis. The clothing options are pretty underwhelming to start, but it’s a pretty safe bet that many more choices will be added over time.

Social interaction comes through adding and aiding friends to score Influence points, used to speed up building upgrades. Rivalries can also be started with other human players, and Playdom has hinted at support for guilds or something similar down the road.

The downside on the social front is the need to add friends to staff certain buildings, specifically the ones that unlock new kinds of troops. You can also spend Empire Bucks, the game’s premium currency, but those cost real money or lots of play time to acquire. It’s always a delicate balance for developers to reward social interaction without penalizing players with few friends in the game too harshly, and it feels like Playdom got it slightly wrong.

That misstep aside, there’s a lot to like about Mobsters: Criminal Empire. It’s more than a fresh coat of paint for the franchise (though the graphics are certainly nice), but that’s kind of the point of a reboot. It may not bring back the glory days of 2008 on what was then Rupert Murdoch’s favorite social network, yet it’s got something to offer old mob bosses and general strategy game fans alike.