Mobile Royale Review – Quite The Adventure 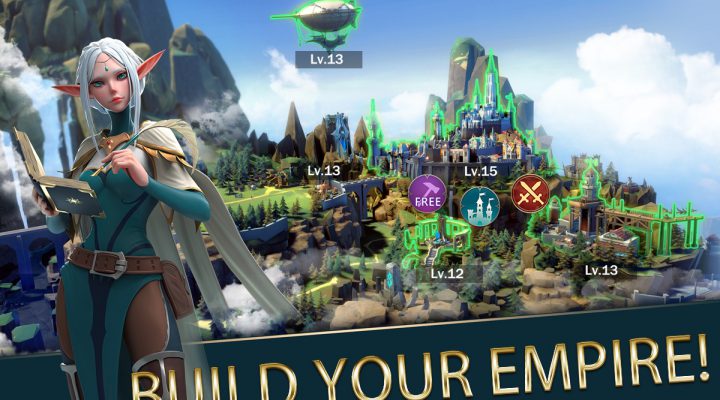 Can be unintuitive in places

IGG’s MMO is just the latest in a long, long line of huge, time-consuming multiplayer strategy mobile games, including the studio’s own Lords Mobile and Clash of Lords.

You start with a barebones city that you need to expand and develop by adding new buildings and upgrading them regularly. You get the resources to do this in a variety of ways, but the most important one – initially, at least – is good old fashioned violence.

The battles in Mobile Royale are among its strongest features. Before each bout in the single-player story campaign you can choose which types of unit to deploy, and how many, which heroes to send into battle, and whether to field your dragon.

Each unit type is powerful against one opposition unit type and weak against another, in the manner of rock-paper-scissors, so it’s crucial that you preview your enemy’s army and build your own accordingly. Further complicating matters is the fact that including two of any unit type brings extra abilities in the form of Shield Wall, Charge, and Barrage – and in order to wield these abilities you need to go without one unit type.

And this is all before the battle begins. After you press the start button you can use your heroes’ skills at will as long as they’re charged up. You can aim them at particular enemies, too, by tapping and dragging on the screen.

Naturally, you can also tap the ‘auto’ button and sit back.

Your dragon, as well as helping you out during battles, gives you boosts back at home in your city because, as we all know, dragons have magical powers.

Aside from this, the city-building aspect of the game is fairly straightforward in terms of the building types available, what they do, and how you upgrade them.

Your city is only one aspect of the game away from the battlefield, however. There’s also trade, killing monsters, occupying villages, and more, all of which increases your clout and makes progress through the game faster.

In gameplay terms Mobile Royale is a comprehensive strategy MMO experience with a demanding difficulty curve, though the quest system does a good job of ensuring that you make progress sensibly.

But where the game really stands out is in the looks department. The characters in Mobile Royale are well-drawn in every sense, with imaginative designs and stunningly crisp, detailed graphics.

Your city, too, is a joy to behold – vast, scenic, packed with detail, and technically accomplished.

This polish, as well as the game’s enormous scale, challenging gameplay, and comparatively rich combat, ensure that Mobile Royale stands out in a crowded, inescapably repetitive genre. If you’re in the mood for a new strategy MMO, or you’ve never tried one before, it’s worth a look. Check it out now on Google Play and the App Store.