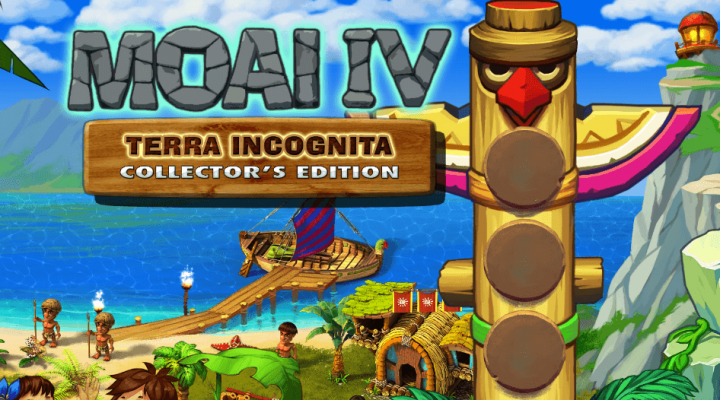 Tons of variety in gameplay.

Quirky sense of humor is endearing.

Some of the imposed time limits are a little tough to meet.

The people of Tapa-Tui have prospered for years, largely thanks to the efforts of a certain Hero who may or may not have done wonderful deeds in the previous Moai games. Some strange weather brings rise to a new island in the sea, and being the curious folk that they are, the tribe sets out to explore the new land. They’ll have to spruce things up at home, first. Oh, and figure out a way to cross the sea.

As with most resource management sims, Moai IV: Terra Incognita takes places across a series of levels covered by a network of paths. Your main point of interaction is clicking to send out workers, a talented bunch of guys and gals who can do everything from clearing out road obstacles to opening treasure chests, building structures, and negotiating with the occasional friendly octopus/snoozing giant. Worker actions can be queued with a quick click, letting you stack chores to save a little time. It’s all about the efficiency in this game. If you want a good score, anyway. 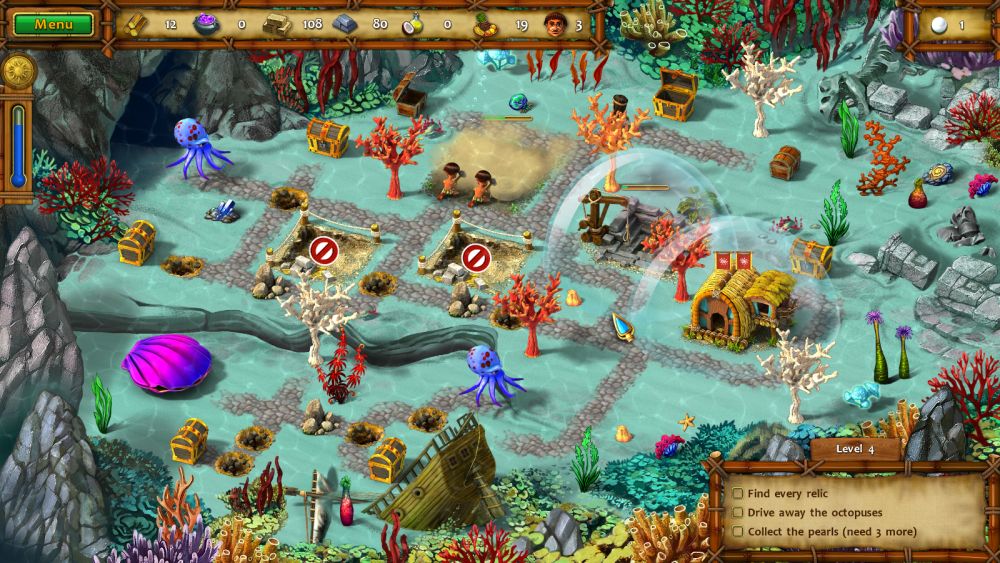 Resources take on quite a large variety in Moai 4. You’ve got wood, mana, stone, ore, coconut oil, and of course, food, all of which can be obtained in a multitude of ways. Obstacles blocking the road often give up some stone when you clear them, and wood can be obtained by chopping down trees on the side of the path. You can nab mana by opening chests or even trading with certain characters who appear in different levels. Having multiple methods to obtain resources means you have more paths to victory. Finding the best one still takes a sound strategy, of course, so don’t think Moai 4 is going to hand you a gold medal just for showing up.

Outside of the standard “get more resources” gameplay, Moai 4 packs in some nice RPG style elements to keep the sense of progression strong. For starters, your Hero character will actually find pieces of equipment that essentially levels-up the game, making workers move faster or buildings produce more resources. He also has abilities that do the same thing but are unlocked in a slightly different way. During the game you’ll encounter plenty of strategy-changing elements, as well. Crossing shallow water slows down your workers, for example, making you think twice before queueing up distant actions. When it comes down to it, all of these extra elements give you even more paths to a speedy victory. If you use them intelligently, that is. 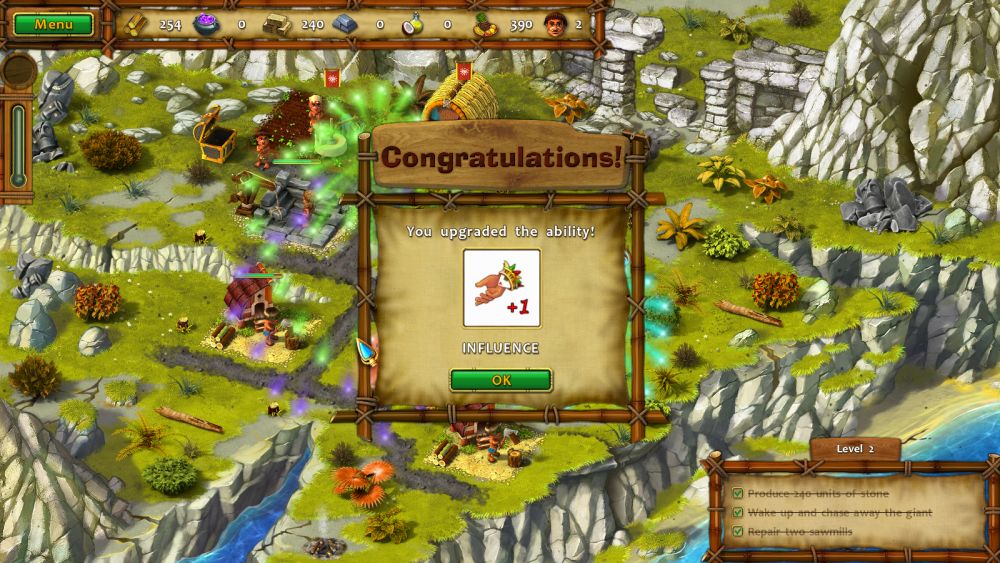 Moai 4 has a lot going for it. It’s at once a familiar resource management title, a straightforward time management game, and a nuanced efficiency simulator. All of these elements come together quite neatly to create a casual game that just keeps on giving. It’s an absolute blast right out of the box, but the more time you spend with Moai 4, the more fun you’ll have with it.