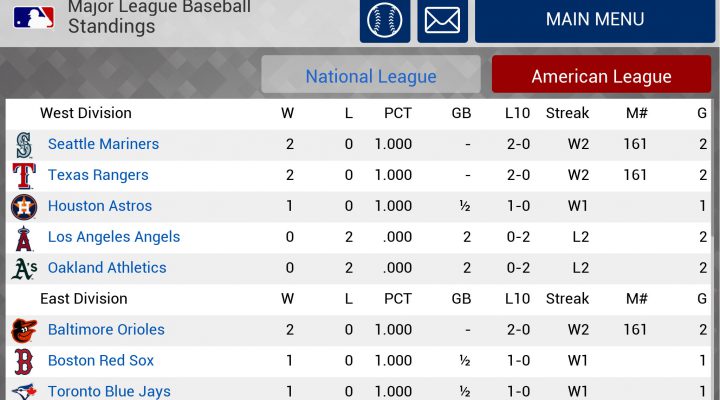 Incredibly detailed baseball sim with a myriad of options.

Real MLB logos, including those for historical teams, add to the immersion factor.

As dry as ever if graphics are a must.

Purchasing all historical seasons can get expensive.

Pull up a chair, kids. Even though we live in a amazing time full of 4K resolution this and Super HD that, there are still games that leave a lot to your imagination and still rock. MLB Manager 2015 is one of those, as it’s essentially a text-based baseball simulation — one that just happens to be not only best in class, but also one of the finest sports games available on mobile right now.

Ironically, the biggest upgrade the game got this year was a visual one. Formerly known as iOOTP Baseball, this entry in the series got its name change because it now boasts an official MLB license. That shows up in the form of the real team names and logos, as well as the little batter guy in the MLB logo. Suffice it to say, that adds to the immersion factor quite a bit, especially since you couldn’t depend on modders to help you out in this regard like its PC cousin, OOTP Baseball. 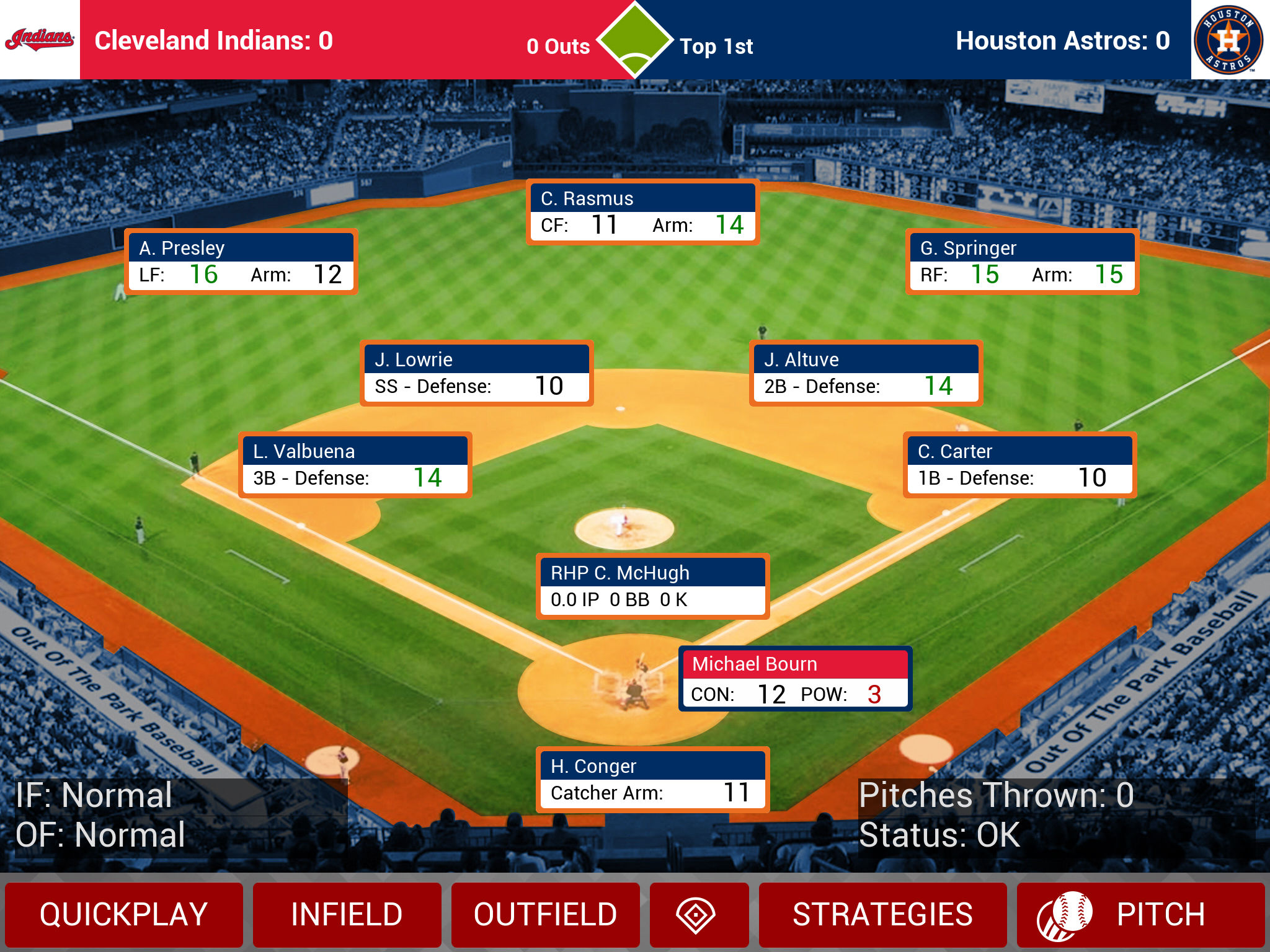 The three primary game modes are the same as last season: MLB Game, where you can simulate the real life 2015 season and beyond, Historical MLB Game, which allows you to replay campaigns from the past, and Fictional League, where the game creates full leagues of fictional players. Within each one, there are a range of features that should satisfy just about any possible desired permutation of the national pastime. For example, after choosing Fictional League, not only can you pick the size of the imaginary league, but you can also pick the settings to mirror any year between 1871 and 2015, creating a historically accurate balance between pitching, defense and offense.

Series veterans will find some new features while running their teams as well. A personal favorite is “Shop a Player,” which allows you to signal to the AI general managers of other teams that a particular player is available and see what they’re willing to offer in return. The “Simulate to Date X” option is extremely helpful for anyone trying to do something crazy like simming the entire history of Major League Baseball, and you can even hit “Don’t Disturb” to make sure nothing stops you from getting to a particular time. Only want to jump into the playoffs each year? That’s really easy to do.

It’s worth noting that MLB Manager 2015 does make a few concessions to its platforms, which include Android for the first time. You get a minor league roster of prospects to develop, but not the insanely detailed full minor league system you’ll find on PC. It also costs extra to purchase historical seasons other than the four that come with the base game, but it’s always been that way with this franchise, and it’s probably necessary for both space and price considerations. 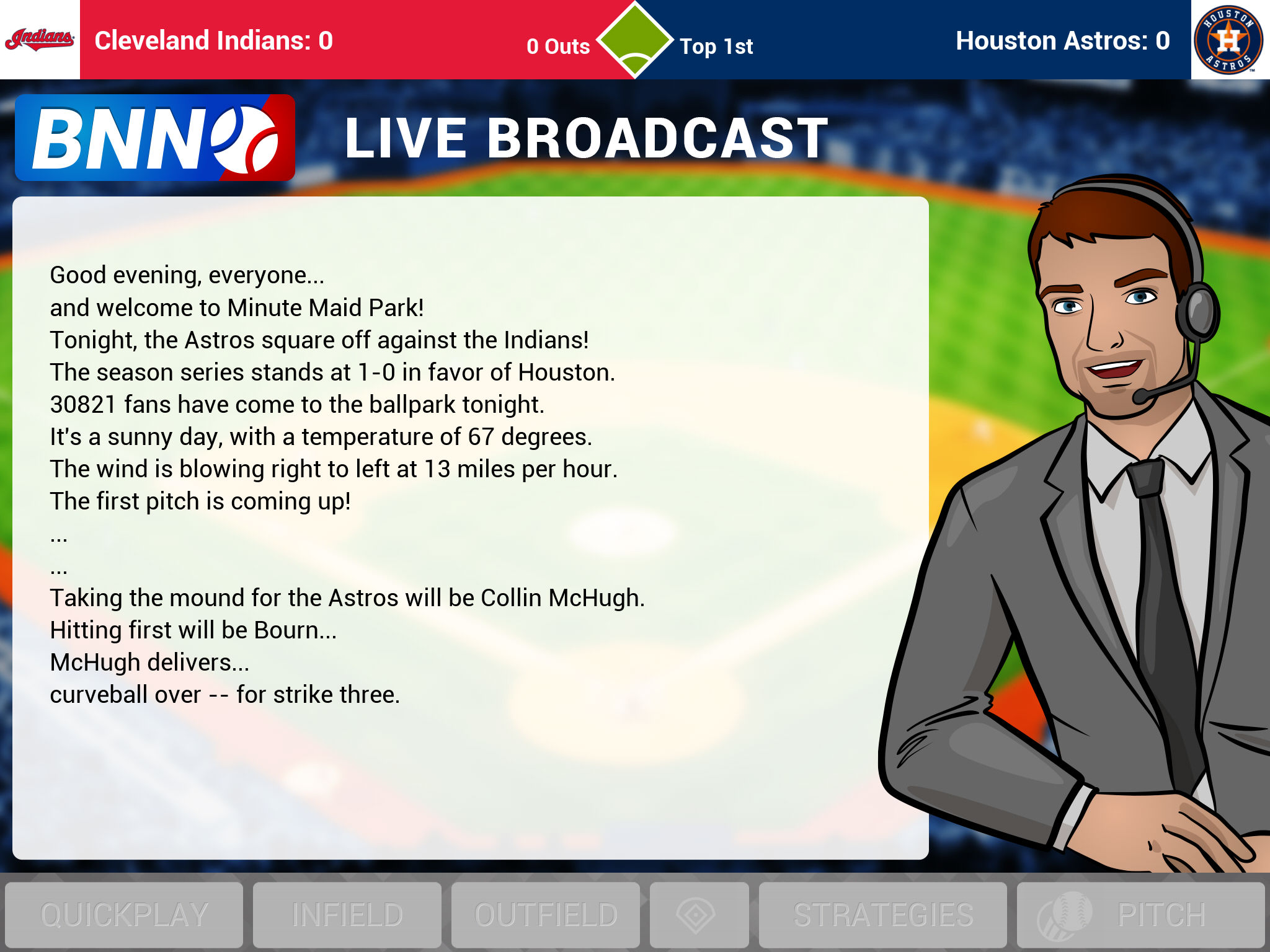 Taking the managerial controls during any particular game remains a very similar experience to years past. The sim can be set to give you every pitch or just the key one from each at-bat, and you can make all the moves a real big league manager can execute in terms of strategy, substitutions and the like. The interface allows you to get to nearly anything you’d want to do or see in two taps, and the action plays out in the form of text that has the same feel as a radio broadcast of a baseball game.

That takes us back to my original point, which is that MLB Manager 2015 serves a very particular audience of hardcore baseball fans, but it does it in a way that is unsurpassed by any other mobile baseball title, and probably any other mobile sports sim of any kind, for that matter. If your favorite part of the winter finally giving way to warmer weather is the thought that the boys of summer will soon be back in action, this is the game you’ll want on your phone or tablet ASAP.