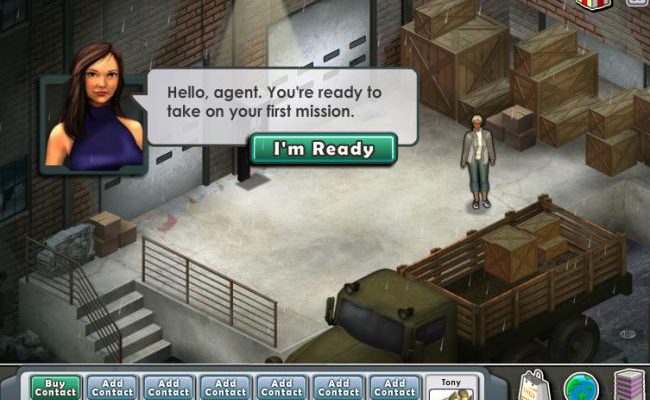 Your mission, should you choose to accept it…

A new Mission Impossible flick slated for the big screen this holiday season has developer Funtactix promoting the franchise to social gamers. Are they successful in their mission, or is this Mission Impossible app out of its league?

The developer definitely hasn’t skimped on presentation, and Mission Impossible for Facebook makes a good first impression. The menu system and overall interface are inviting and easy to navigate, and the game does a fine job easing players into their new life as an IMF (Impossible Mission Force) agent. 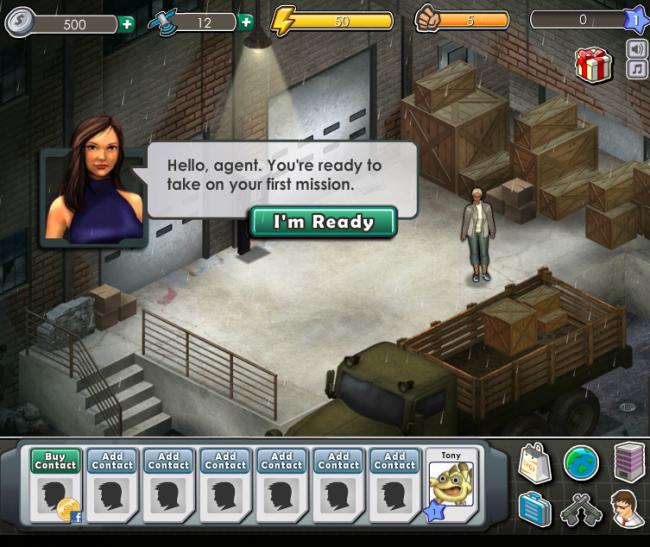 Though the gameplay consists of familiar conventions found in games such as Cityville and Mafia Wars 2, there is a very specific story line and lifestyle you’ll progress along. Missions pop up on the left-hand side of the screen, and you’ll navigate the game world in real-time using simple point-and-click controls.

For the most part, Mission Impossible is broken up into two types of gameplay: investigation and combat. In execution, however, players are simply clicking on objects to perform actions. A given mission might call upon you to search through a bookshelf or crack a safe, but you’re essentially doing the same thing in both instances. Likewise, combat consists of clicking on enemies repeatedly to attack. Specific items are often required in order to complete tasks, though sometimes the items won’t show up in your inventory in spite of an enemy dropping it just seconds beforehand.

Though I found myself enjoying the trappings of the Mission Impossible universe, the gameplay is somewhat drab and tedious. Clicking on the same object multiple times in order to complete a task a good game does not make, and since you’ll run out of energy fairly quickly, progression can be slow once you’ve leveled up a bit. 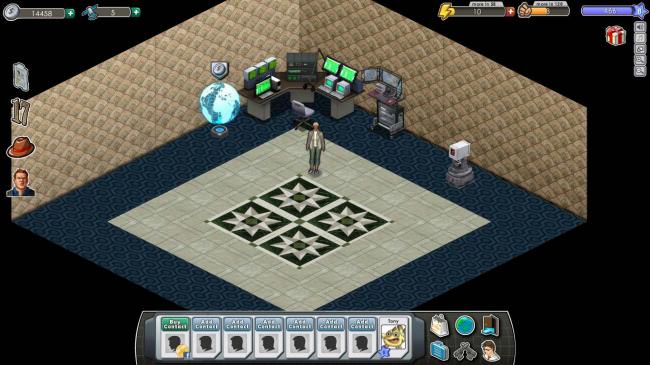 The developers do try to break up the monotony by allowing players to dress up their safe houses with various accessories and decorations – some of which yield money every few hours – but the pickings are slim and seemingly uninspired. Similar to Mafia Wars 2, you can scope out the safe houses of other Facebook players, attacking them for loot.

Perhaps Mission Impossible‘s strongest asset is its presentation. The environments are varied and detailed, and the character models are attractive and animate well. The sound effects and music go a long way toward selling the experience, though the intense musical themes can become overbearing after just a short while.

Mission Impossible hits all the obligatory bullet points for a casual Facebook game and presents it to players with production values that reveal a high level of craftsmanship. As an actual game that entertains, however, this is one mission that feels incomplete. Fans of the franchise may want to tinker around with it for a short while, but there’s no real incentive to stay for the long haul.