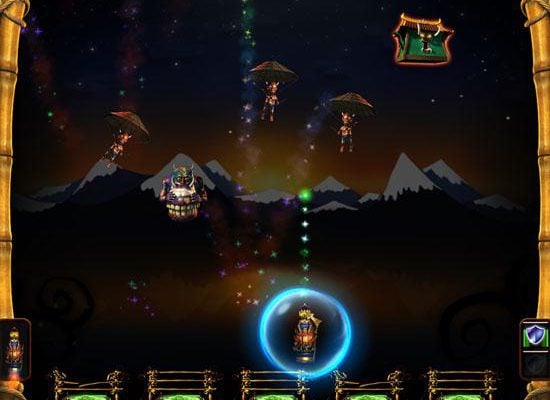 Mishap 2: An Intentional Haunting has visuals that should make other HOGs jealous

Play enough hidden object games, and it becomes so easy to spot the bowling balls, quill pens, and boots that you can practically finish a level without even checking your item list. One can only arrange a room full of junk so many ways, after all; it’s inevitable that they all start to feel a bit alike. Then there’s Mishap 2: An Intentional Haunting, a HOG with levels so intricately arranged and deftly layered that you may, for the first time in ages, find yourself reaching for that hint button – repeatedly.

An Intentional Haunting is the follow-up to Mishap: An Accidental Haunting, though you don’t have to have played that one to feel up to date. Inventor-slash-ghost hunter Milton Hobblepop and his wife Emily have been caught between planes of existence by Milton’s rival, Avery Nailliv, leaving Milton’s pals with the daunting task of raiding Avery’s estate and freeing them. A number of earthbound ghosts stand – or float, as it may be – between you and success, however, so you’ll have to deal with them first. 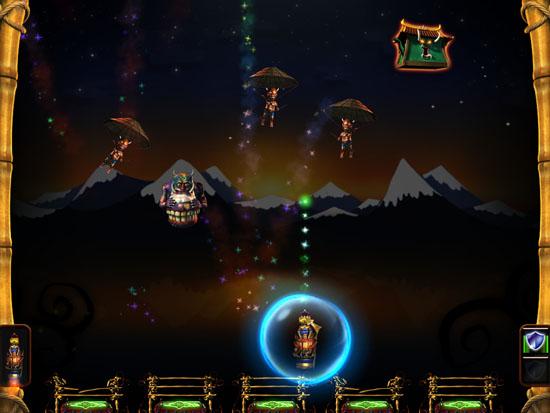 The ghosts themselves are a hilarious collection of unfortunates, with backgrounds as wacky as their appearances. You’ll learn their tales of woe as you comb areas for hidden objects, uncovering journals and notes that relate their sorry stories. Though An Intentional Haunting may be filled with spirits, it’s not exactly scary; the art style is exaggerated and cartoony, more likely to induce chuckles than chills. The sense of humor carries into the environments themselves, as cheeky poltergeists make pots rattle and send chairs flying. Their antics can actually get a bit distracting as you’re combing the incredibly detailed environments for the stuff on your list.

In many HOGs, when so many things are crammed into one scene, they begin to pile up in very obvious ways, but the artists who worked on An Intentional Haunting were amazingly adept at arranging a multitude of objects in ways that, while not necessarily logical, look orderly and natural. Your eye will roam over scenes time and time again without noticing that hey, that’s a knapsack tucked away in that corner, simply because it looks like it belongs there.

Each chapter of the game covers a different area of Avery’s estate, with one main room acting as a hub that leads off to three other rooms. Each room has its own list of items to find, and its own set of ghosts that need busting. You can move back and forth between rooms in whatever order you see fit, and a handy checklist lets you know when you’ve completed all the necessary tasks in order to move on. In addition to checking items off your list, you’ll also have to use a special gadget to find invisible ghosts. Running your cursor over the scene while in ghost hunting mode will activate a meter; hit the right hot spot, and it will spike, revealing a ghost. Find a hidden ghost three times, and it’s captured. Once you’ve found all of the hidden objects and caught all the wayward spirits, you can work at solving that area’s riddle, which is a rebus directing you to a specific location nearby. Find the secret area mentioned in the riddle, and it’s time to face a ghostly challenge. 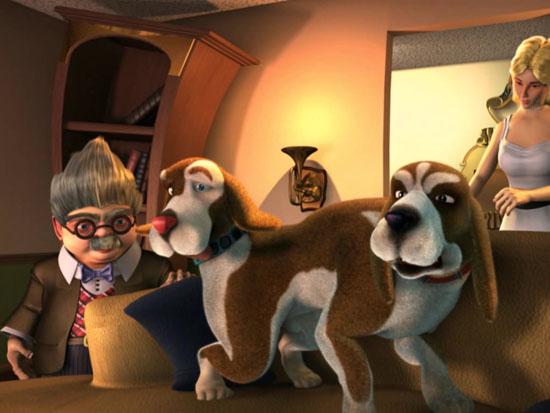 Story-wise, the challenges are each ghost’s final showdown with you, but in practice, they’re a bunch of arcade-style minigames. Each one is pretty easy to pick up (especially the Zuma clone) and creatively themed to match its particular ghost, but they also drag on far too long. One or two rounds would be more than enough, but each challenge is five rounds long. Fortunately, you won’t lose anything but some trophies and maybe a touch of pride if you choose to opt out of the minigames after finishing the first round.

Mishap: An Intentional Haunting has style to spare, with visuals that should make other HOGs jealous. Its nyuk nyuk humor can be a bit eyeroll-inducing at times, but hidden object devotees won’t want to miss its high polish and worthy challenge.