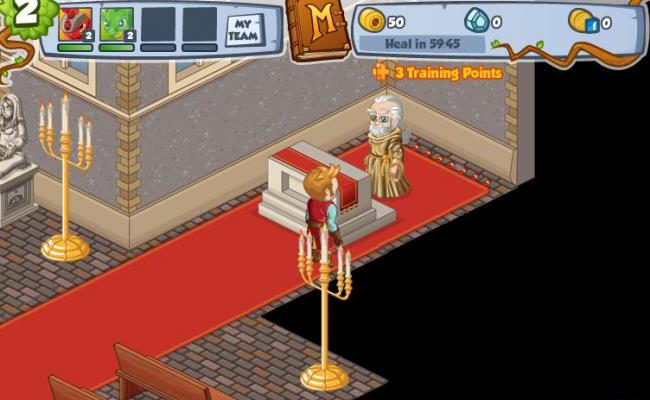 While this isn’t actually Pokemon, Miscrits comes as close you’re going to get on Facebook

Miscrits: World of Adventure on Facebook takes the best parts of Monster Galaxy and a bit from Pokemon to make an engrossing experience that most social games usually don’t tend to deliver.

In Miscrits: World of Adventure, the goals tend to be very simple. You’ll start with a small tutorial that guides you through the basic guidelines that will help you along in the game. After choosing your first Miscrit monster, you’ll go into battle, which tends to be the bulk of the game. 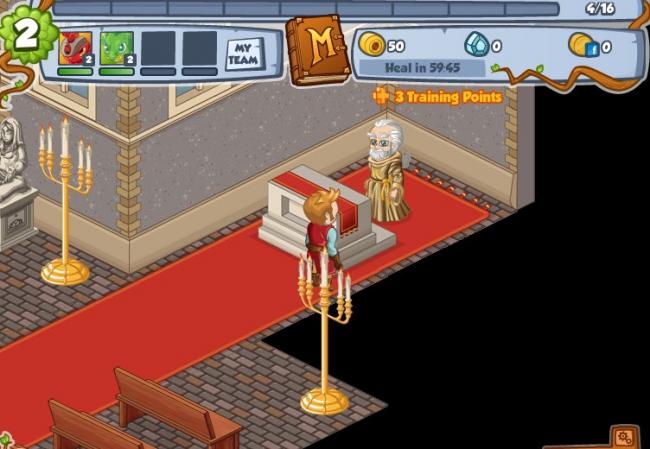 Much like Pokemon or Monster Galaxy, you collect Miscrit monsters, which are little monsters that you use to battle other miscrits. When in battle mode, the game play is much like a turn-based RPG in that you pick an action, the action is performed and your turn is over. After the opposing miscrit has finished his turn, you may attack again. However, the ultimate goal is not to eliminate the opposing miscrits but rather capture them. Capturing them is a bit difficult in that you may only do so when they are weakened (usually only a few hit points away from being killed). The battle system seems polished enough, if a bit unfinished from the lack of special attacks at this time. 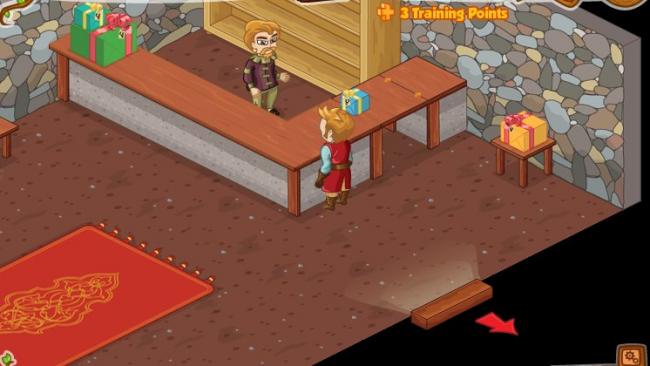 Once a battle is finished, you’ll either have captured or eliminated the opposing miscrit and will gain gold, XP and trainer points. Trainer points are used at the Miscrit Trainer in Sunfall Village and will level-up your current miscrits. Trainer points can also be purchased using Facebook credits if you’re finding most of the battles to be too difficult.

As you explore Sunfall Village, you’ll also come across item shops that allow you to purchase instant upgrades that you can use during battle. These items are one time use and the effect is usually only temporary as well. One strange shop allows you to purchase several different items including miscrits but the currency is only earned through a free gift sent from friends. While this sounds like it could be neat, bugging your friends endlessly for money usually doesn’t sit well in my book.

One of the more interesting and engrossing features found in Miscrits: World of Adventure is the ability to battle real Facebook opponents at the Battle Arena. You’ll need to be at least Level 5 to participate and you should bring an entire arsenal of miscrit monsters if at all possible because your online opponents will likely be doing the same. I imagine this is the long-standing feature that will keep many coming back for more due to its social nature.

My complaints in Miscrits: World of Adventure are mainly in the graphical department where the overworld view that sees your character walking around and performing tasks just seems undercooked. Animations look very stiff and unnatural and the art style can be a bit ugly in areas. My only other real complaint stems from the “gifting” currency I discussed earlier. Receiving additional free currency from friends is one thing, but requiring it is on a whole other level of annoyance. 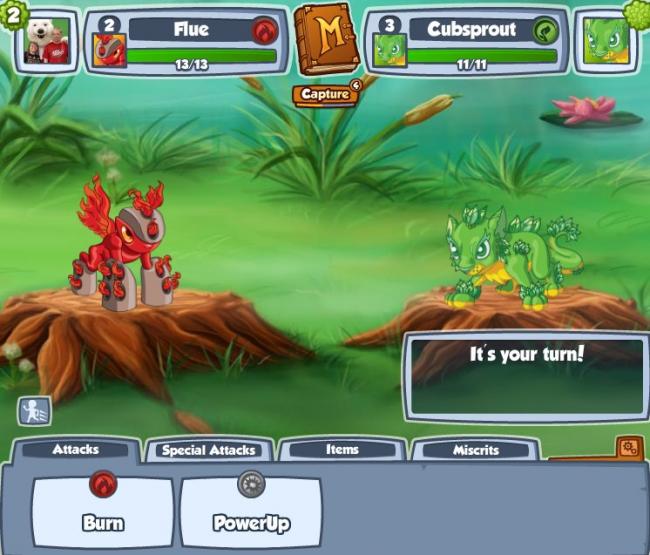 All in all, Miscrits: World of Adventure should certainly satisfy those players that like to just collect and battle every type of monster imaginable. Not only does it allow you to train, collect and battle these miscrits, it allows you to do so online with other real players. I would recommend you check out Miscrits: World of Adventure, if even just for a little while.