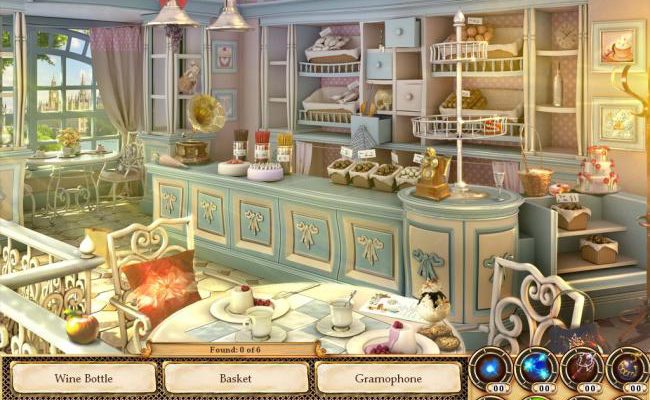 In the Lewis Carroll-inspired Mirrors of Albion, players will embark on a whimsical quest to track down a missing girl as they hunt for clues in a city full of thieves, wonder, and a talking Cheshire cat. The latest release from Game Insight takes the best parts of social gaming and combines it with addictive hidden object gameplay, to create a captivating adventure that is easy to pick up and hard to put down.

After an in-game dedication to Lewis Carroll, the author of Alice’s Adventures in Wonderland, the story of Mirrors of Albion begins with the mysterious disappearance of a young girl named Alice Fleming. As a new detective, you are enlisted by Cheshire Jr., an orange cat in a detective’s hat, to search the city of London for clues and find out what happened. 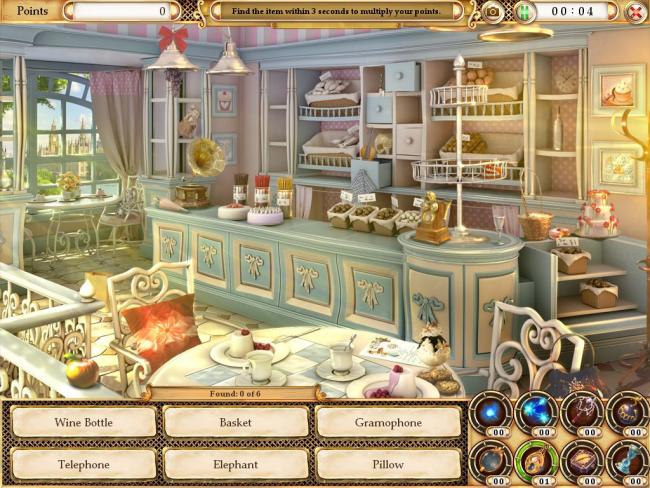 The game wastes no time getting you accustomed to its unique blend of gameplay: the tutorial keeps things short and sweet, and everything is easy to control with the iPad’s smooth touch screen capabilities. As you uncover more clues to help the police department find Alice and solve other street crimes that arise, you’ll begin to gather items that let you unlock more of the vibrant city map, like the Greenhouse, the Cemetery, and my personal favorite, the Confectioner’s Shop. You’ll also meet a quirky cast of characters along the way, including the Mad Hatter, and begin to hear talk of a mysterious “mirror world” inhabited by the Queen of Hearts.

While the game tries its best to find an appropriate balance between the social and hidden object aspects, Mirrors of Albion can feel a little one-sided at times. The moving world map is always bustling with excitement, but the scenes where you search for clues often feel flat, and leave something to be desired. Even after downloading the recommended full graphics package, the picture quality of each setting was just not as sharp as I’d expect from a high-definition game, and the muddy colors made it hard to find certain objects on several occasions. Some players might also be turned off by the game’s early repetition: prepare to search through the same three locations for most of your first two to three hours of gameplay. While the objects you find will sometimes change their positions in each room, there is not much variety in the objects themselves, and players will find themselves looking for things like the “camera” and the “bouquet” over and over again. 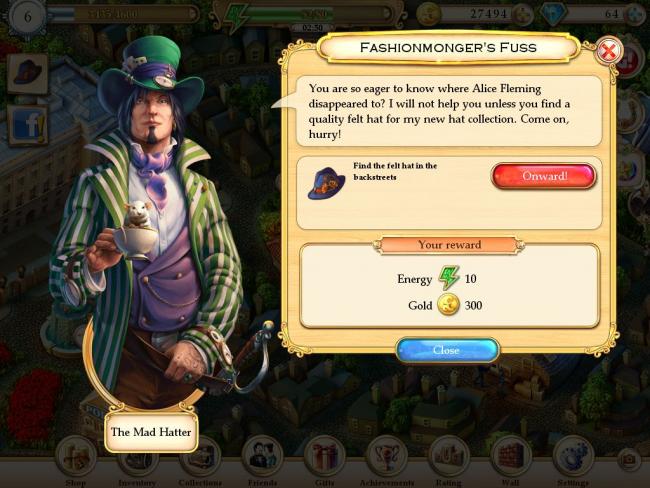 But the deeper you get into your quest, the more fun the game really becomes, and you’ll quickly overlook the early repetition of backdrops and objects. The game uses a great quest-based system that nets your character experience points and other perks, allowing you to level up and unlock new locations. It is also nicely integrated with social platforms like Facebook and Twitter, where you can compare high scores or accept challenge requests from your friends. There is a ton of replay value to be had here, and as you progress, it becomes addictive replaying each room to build up your five-star ratings and earn the fastest times. You’ll also begin to stack up several missions in your quest log at once, allowing you to choose the way you want to move forward.

Object lists will alternate between text descriptions and object silhouettes, and include more and more things to find as the quests go on. Later locations offer some elemental twists to provide an added challenge, like night levels that force you to search by the light of your lantern, or a room that is suddenly overtaken by fog. For a freemium game, you can actually get pretty far along in the story without having to shell out any extra cash, which is always a plus. 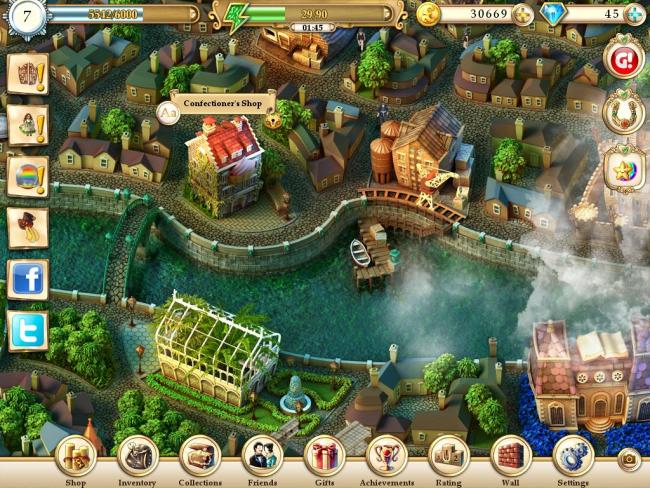 If players get stuck at any point in their search, they have a number of nifty gadgets at their disposal to help sort through each room. Some of these hint items are pretty cool, like the thermometer, which indicates how hot or cold you are to an object, or the compass, which literally points you in the right direction. You’ll need to make good use of them too, as it’s often hard to find many of the smaller objects in the game. Unfortunately, most of these hint items will end up just handing you the object you’re looking for, rather than giving you a little nudge towards its hiding place.

Aside from a few missteps in design, Mirrors of Albion is still an incredibly ambitious game that has a lot of heart, and is perfect for social and hidden object gamers of all ages. If you’re looking for a different kind of hidden object game, or a social game with a magical twist, then this imaginative romp through London might be just the fit for you.