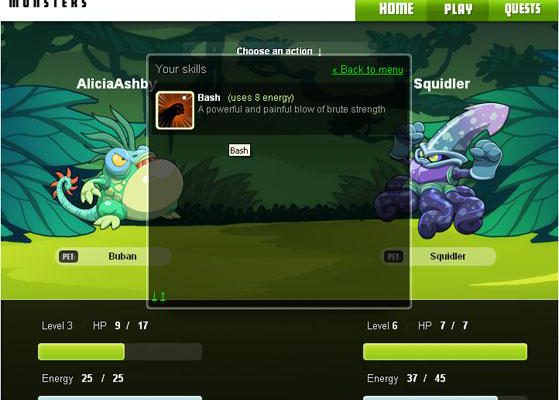 MinoMonsters is a bright idea ruined by sloppy design and implementation

MinoMonsters is another attempt at creating a clone of Nintendo’s super-popular Pokemon series for Facebook. This stab at social monster collecting dispenses with social mechanics almost completely and zeroes in on the monster battling and collecting aspect of the game. The game makes a lot of the right calls with regard to not making you pay for monsters, but makes a lot of bad calls when it comes to balancing the combat-oriented gameplay and implementing the game.

MinoMonsters seems to assume that its players are already familiar with the basic idea of Pokemon. The tutorial walks you through how battles and capturing monsters (using Mino Cards) works, but doesn’t really attempt to explain who your player character is or why you’re engaging in all of this. There’s a series of quests offered for players to pursue once the tutorial is complete. Sadly, these quests are very vaguely-worded and it’s hard to know exactly how to satisfy them. The game also doesn’t let you know your chances of capturing monsters, so expect to waste a lot of Mino Cards through trial and error. 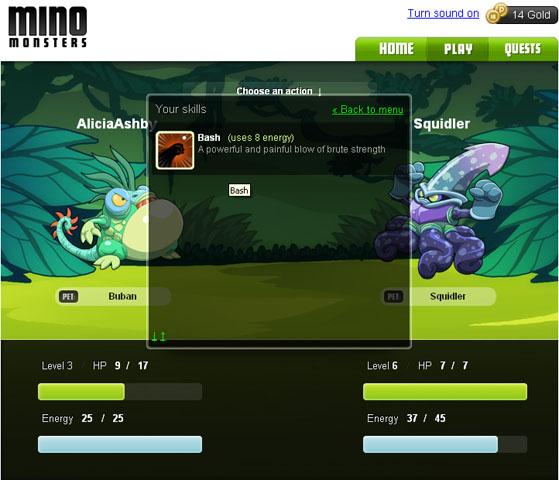 While battles in MinoMonsters proceed quickly, implementation issues quickly hamper any chance the game has of being fun. MinoMonsters simply will not load in Internet Explorer or Safari, after testing on two different Windows-based machines. In Chrome, the game loads but runs sluggishly, with some interface options working incorrectly. MinoMonsters works correctly in Firefox, but leaks memory viciously enough that it can freeze and crash the whole browser. If you play in Firefox, expect your game to freeze sometime after your third battle in a session, or about five minutes in.

Even when MinoMonsters is running correctly, though, it’s not an especially good monster training game. There appears to be some sort of elemental damage system, but the tutorial doesn’t explain it. When you do catch new monsters, they’re frequently too weak to contribute to your party without a lot of grinding in the game’s easy fights. A monster caught at low levels may actually be too weak to beat opponents by itself, forcing you into swapping tricks to get it experience points. Some game mechanics are never explained at all, instead counting on a player’s assumed pre-existing familiarity with Pokemon. 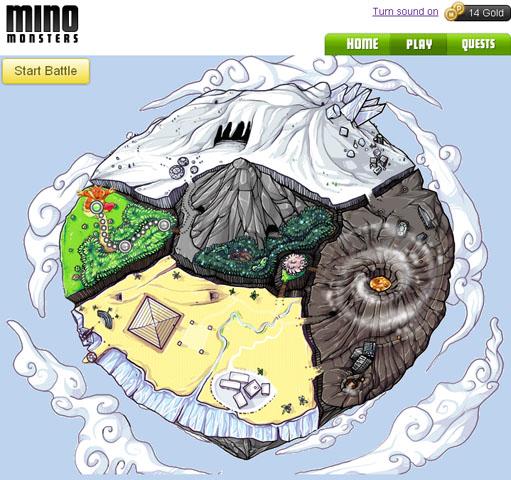 These issues might be forgivable if the game is improved in future iterations, so it’s more transparent and easy to play, or even if it just ran better. Right now Gaia Online already has an excellent Pokemon-like game out for Facebook, Monster Galaxy, which both plays better and runs better. It’s hard to grasp, right now, why someone would opt to play MinoMonsters given such an alternative. This really shouldn’t be the case. Any number of Pokemon-like games thrive on Nintendo’s handhelds and consoles alongside Pokemon itself, so there should be plenty of room on Facebook for lots of different Pokemon-like games.