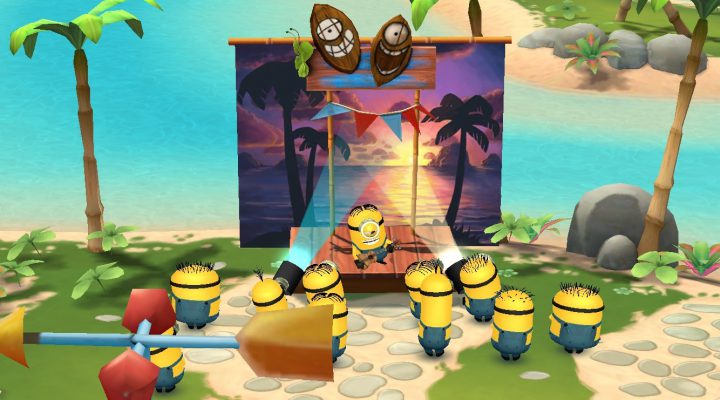 Lots of minions to love

Managing inventory can be tricky

If I’m being honest, I just don’t “get” the fascination we have with minions. I saw Despicable Me and I thought it was pretty good, but why did we latch on to the little yellow guys so much? I mean they’ve become memes for crying out loud!

But whether or not any of that makes sense to me doesn’t really matter, because Minions Paradise is a pretty neat little free-to-play town builder. Not only that, but it makes for a good case study on alternative monetization models.

So a bunch of minions are on a cruise when Phil inadvertently manages to sink the ship. For their sake I really I hope they have slapstick insurance on that thing. Anyway, The ship is underwater and all the minions are washing up on a deserted island. Not to be discouraged, Phil decides to turn crisis into opportunity and set up a minions-only resort. Although he’s really doing it in order to distract everyone else from the fact that he’s the one who trashed the ship in the first place. Ah well, when in paradise, right? 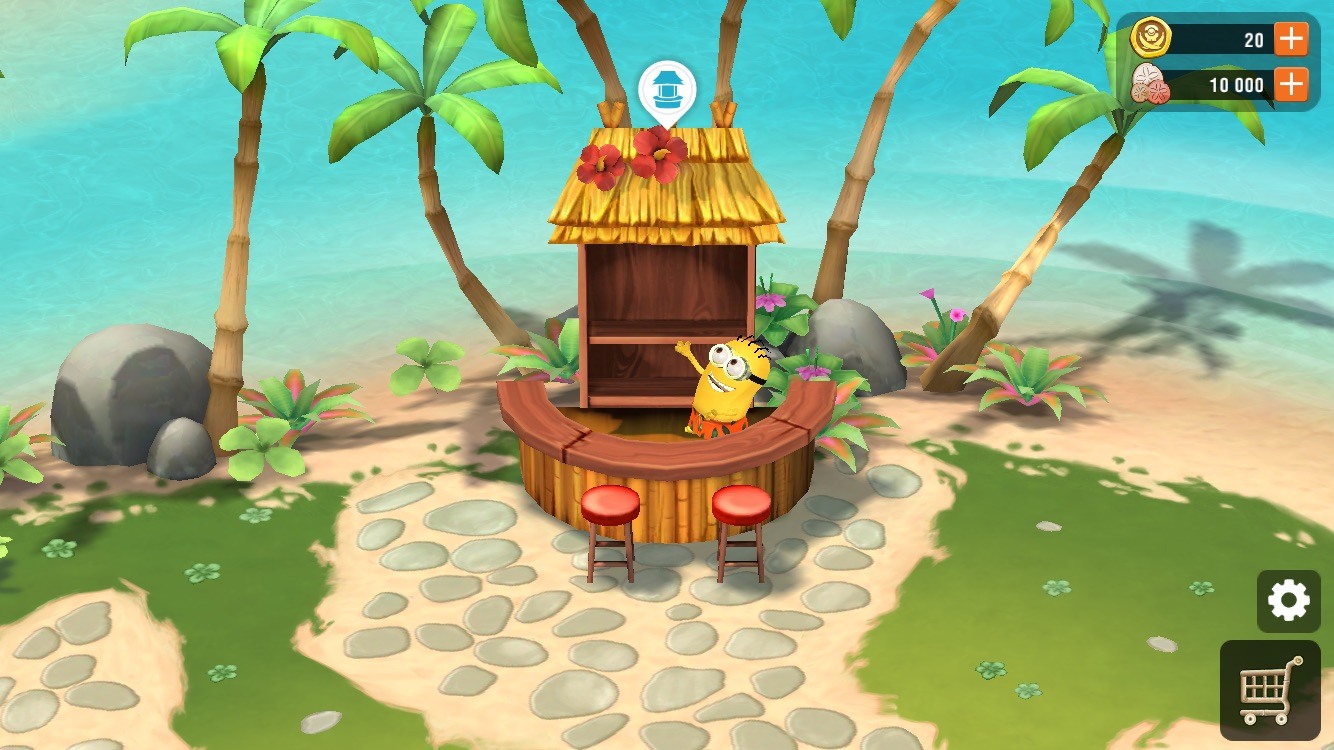 Much of Minions Paradise will seem familiar to anyone who’s played other free city/town/base/resort building games before. You stock up on money, resources, and premium currency in order to build fancier things and expand your territory so that you can stock up on even more money, resources, and premium currency. But beneath the simple setup is a game that’s honestly kind of refreshing in its approach to free-to-play.

Little by little more and more minions will wash up on the beach and join the party. These minions make up your primary workforce and are needed in order to use most of your buildings. Or to do anything, really. But what’s nice is that you always seem to have a few more minions than you need to work everything at once. That, and there’s an impressive amount of visual variety to them – which is a very nice touch. 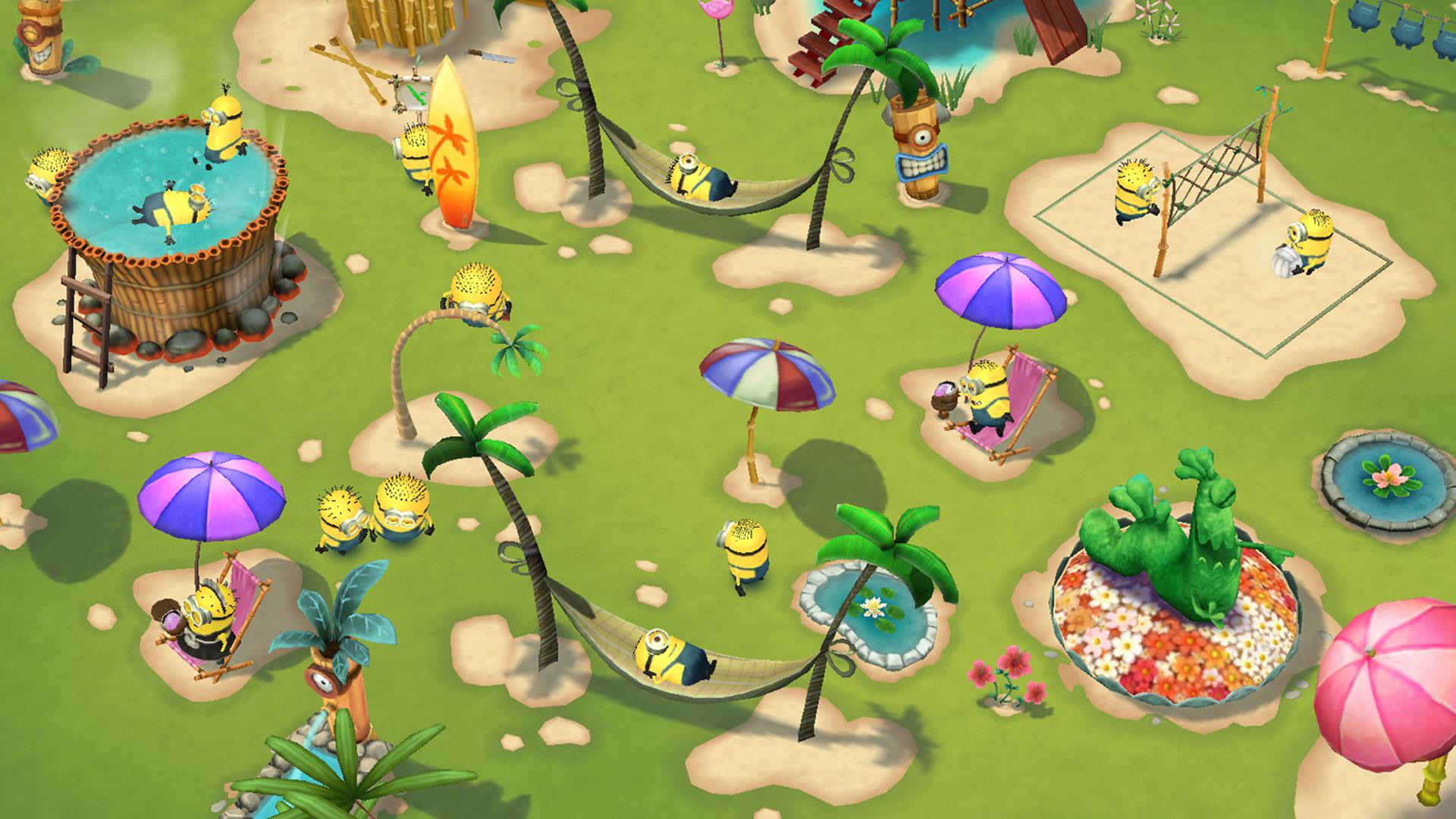 The reason this method of using buildings is interesting is because you can have several minions at several stations at the same time. You’ll still have to wait for them to finish whatever they’re working on before you can collect, but you can have up to three of them gathering stuff at once most of the time. And the amount of time it takes for them to finish is usually just enough to give you a reason to stay logged in, rather than only jumping in for a minute and then turning the game off again.

You’re always collecting stuff in Minions Paradise, and it all has a purpose. You can combine basic items into special things like skateboards and grenades (an odd combination, I know), use your stock to fulfill requests on a bulletin board in order to earn some extra experience and in-game money, complete special tasks from Phil and other notable minions, open up new areas on the island, and more. 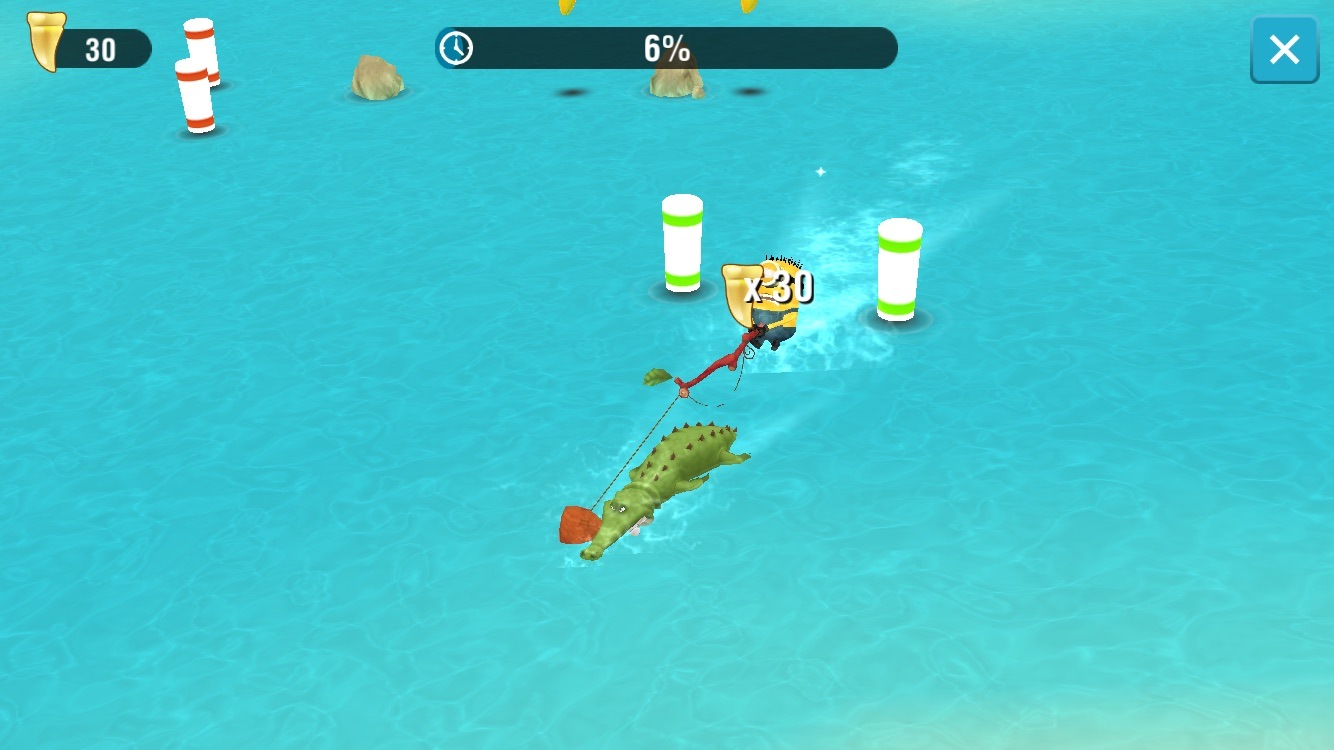 Really the only problem I’ve run into while playing Minions Paradise is the overabundance of items. Storage space is limited, and getting rid of excess junk isn’t exactly easy – there’s no real way to immediately get rid of extra stuff, save for using them to craft other things. The maximum amount can be increased, but it requires collecting a number of special items or spending premium currency outright, so at the very least it’ll take a while for you to be able to stockpile more. I wouldn’t really mind this if it was just a matter of trashing the excess and waiting to gather more later, but once you collect something you’re kind of stuck with it.

One other thing that sort of bugged me but didn’t really impact the game itself was the spontaneous downloading of extra data. I know it’s a common practice for many games to leave some stuff out of the initial download and have players install the rest when they start things up for the first time, but to do it after a couple hours of play? That’s weird. It’s also a little irritating when you’re not expecting it and aren’t on wifi (and don’t have unlimited data).

Honestly though, Minions Paradise is pretty entertaining. It’s suitably goofy, gives you lots to do every time you open it up, and could very well teach us all a thing or two about how to make a free game that isn’t as intrusive as we tend to expect. Whether you’re a fan of the little yellow fellows or not, it’s worth checking out.