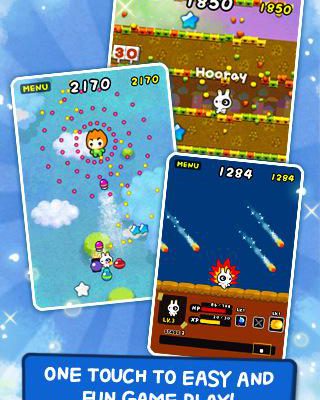 Mini-game compilations may not be the go-to genre of the hardcore crowd, but when it comes to gaming on the go, quick-fix entertainment is a perfect match. Minigame Paradise offers a clever mash-up of mini-games and pet simulation, but is its adorable premise merely skin deep?

Minigame Paradise offers 10 mini-games, eight of which are unlocked using stars earned during play. You’ll start out with a single playable animal character, unlocking additional characters by completing missions. Com2uS, the game’s developer, has done a bang up job constructing a compelling reward system, but they’ve skewed the balance in a way that almost demands the player to pay additional fees in order to enjoy all of the game’s content.

You’re given enough stars from the outset to unlock at least one of Minigame Paradise‘s additional mini-games, but you’ll be required to play through the first few minis countless times in order to unlock the rest of what’s here. Either that, or you can pay up to $30 in real money to purchase more stars to unlock what you’ve technically already paid for.

The mini-games themselves are a bit of a mixed bag, though to be fair, there are at least one or two that, alone, are perhaps worth the initial $0.99 asking price. The mini-games vary greatly, offering everything from simple jump-and-run action to abbreviated roleplay. For the most part, control is relegated to a simple tap on the touch screen, and though it works for most mini-games, it’s a clumsy mechanic for some others.

As you earn high scores or break other personal records during gameplay, you’ll complete missions that earn you furniture, wallpaper, items, and new characters. Each of the animal characters has three basic stats that can be leveled up by using items placed in your character house. Additionally, you can equip characters with items for an extra boost during gameplay. It’s a neat system – there’s no doubt about it. However, it is annoying – not to mention a bit shady – how the game almost blackmails you into paying to unlock content that should rightfully be yours. 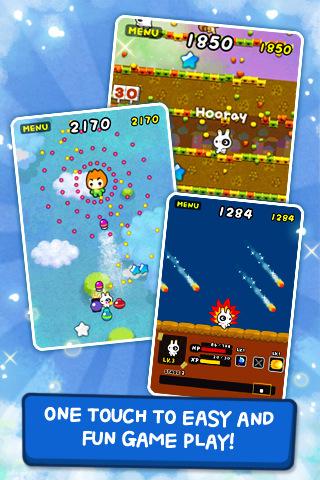 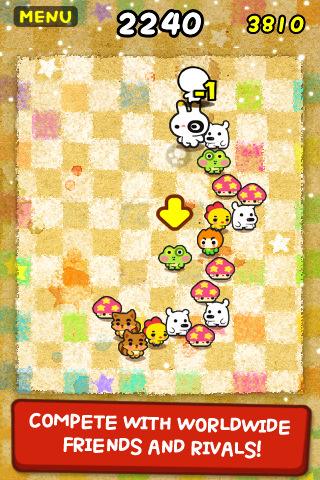 Minigame Paradise is absolutely adorable to look at. The animal characters are cute, and you can dress them up with silly accessories and such. Characters animate well when engaging in activity around your creature house, and the color palette and art design of the mini-games are very attractive. The music gets the job done, though the sound effects are a tad repetitive in some of the mini-games.

I came away from Minigame Paradise with mixed feelings. On the one hand, I was taken by the concept of leveling up cute-animal critters, the simple and mostly enjoyable mini-games, as well as an art style that is exceptionally cheerful. But there’s something inherently wrong with the type of peddling that’s found here. If I already paid for the package, don’t make it a grueling task for me to unlock its content without having to pay additional fees. Minigame Paradise is a charming app; just don’t be fooled by its less-than-savory guile.