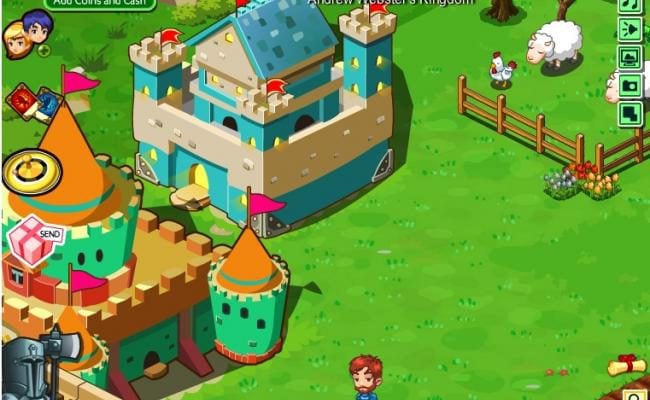 Mini Kings lets you build a kingdom, and destroy your enemies

It’s good to be king. And that’s especially true in Mini Kings. Though it bears much in common with games like FrontierVille, a fresh medieval setting and some great new features make Mini Kings a worthy competitor. You can build a kingdom of your own while destroying those of your friends.

Once you make your mini king (or queen), your goal is to create and manage a bustling kingdom. You’ll be farming crops to sell for cash; building markets, castles, and homes for your villagers; and making sure that your kingdom stays well defended. You’re given goals to complete, which help put you on the right path, but how you decide to develop your land is completely up to you. You could make a farming community, if you like, or maybe a bustling marketplace filled with all sorts of shops. You really have a good deal of freedom and options 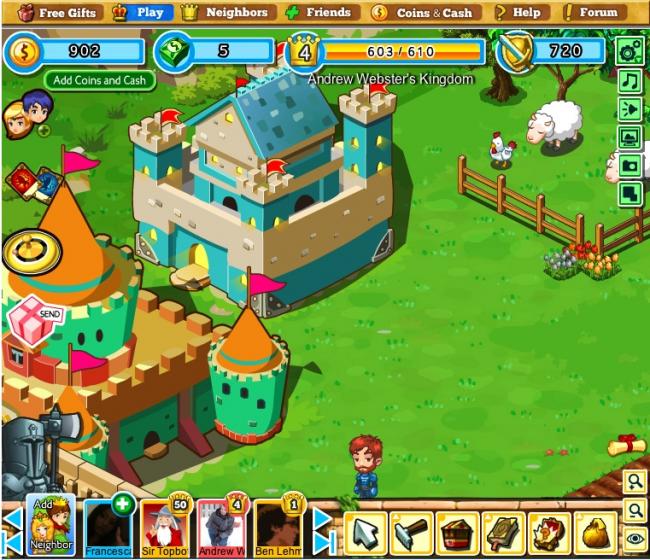 Surprisingly, Mini Kings doesn’t use the all too common energy system featured in most Facebook games. So you can essentially play as long as you like in any given session. The rub, though, is that money is very limited. So once you run out (which happens pretty quickly), there’s not much else to do but wait for your crops to grow. You can also visit friends’ kingdoms and, more importantly, attack them as well. Mini Kings features a great kingdom combat mode that really helps differentiate it from similar games.

Each kingdom has a wall at the front, which you can upgrade with sturdier bricks, weapon and traps, and plenty of soldiers. When you enter into a battle with another kingdom you have five minutes to put your troops into position and set them to attack. It’s simple, but there’s some underlying strategy there. It’s also a great change of pace to be actively competing with friends, as opposed to simply asking them to send you in-game items. 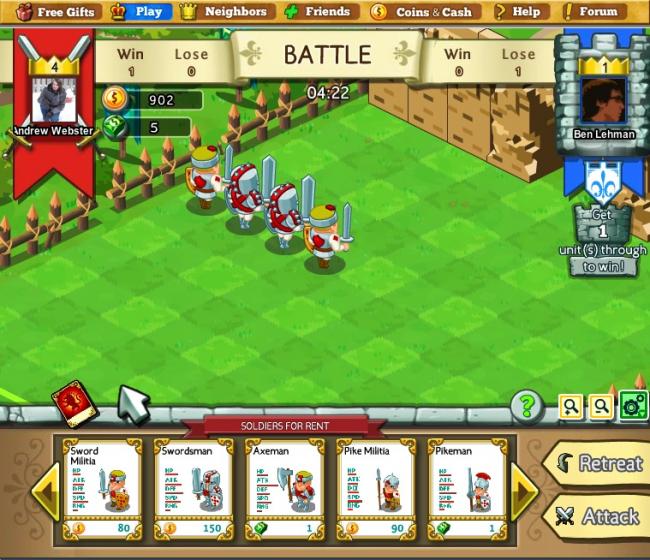 It’s not all perfect, though. Annoyingly, if you don’t collect the money and experience from harvesting crops or tending to businesses right away, it will disappear for good. It’s not so annoying at first, but once your kingdom gets large and you need to click on a lot of things, and then collect things from those things as well, it becomes tedious. Erecting buildings is also far too expensive. Most buildings require numerous resources, and the only way to get them is either by begging friends or spending some cash.

But even with those faults, Mini Kings is definitely a compelling package. It takes a formula that works well, and builds off of it with new ideas and a charming presentation. Watching your kingdom grow is immensely satisfying, but destroying your friends’ kingdoms is even better.