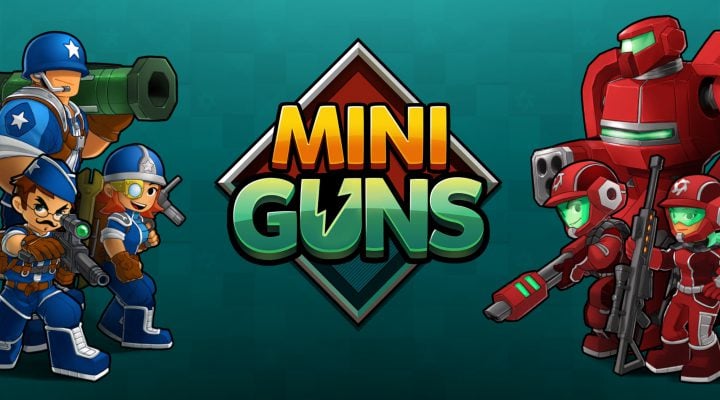 Lacks a real challenge for those who primarily play strategy games.

Mini Guns, now available globally for both iOS and Android, is not – as the name might otherwise suggest – a game about firepower. In fact, if you’re the kind of player that enjoys delving into the minutia of your weaponry or gearing up your equipment so that you can blast your opponent into oblivious this is almost certainly not the game for you. However, if what you’re after is a charming player versus player combat strategy experience you’re in luck.

Unlikely to win major kudos from hardcore combat strategy fans, it’s probably best to think of Mini Guns as a gateway game. With its bright, colorful visuals and easy to pick-up gameplay, Mini Guns has mass appeal in spades. It’s just the right amount of cartoony to convince parents that there’s no harm in letting their kids play (of course only if they agree to share turns!), but without being so cartoony that older players are going to turn away. It just looks fun.

In terms of gameplay, Mini Guns couldn’t be more straightforward. Over the course of playing the game you’ll earn or be able to unlock chests that deliver ‘minis’, little figurines that spring to life and into action during gameplay. 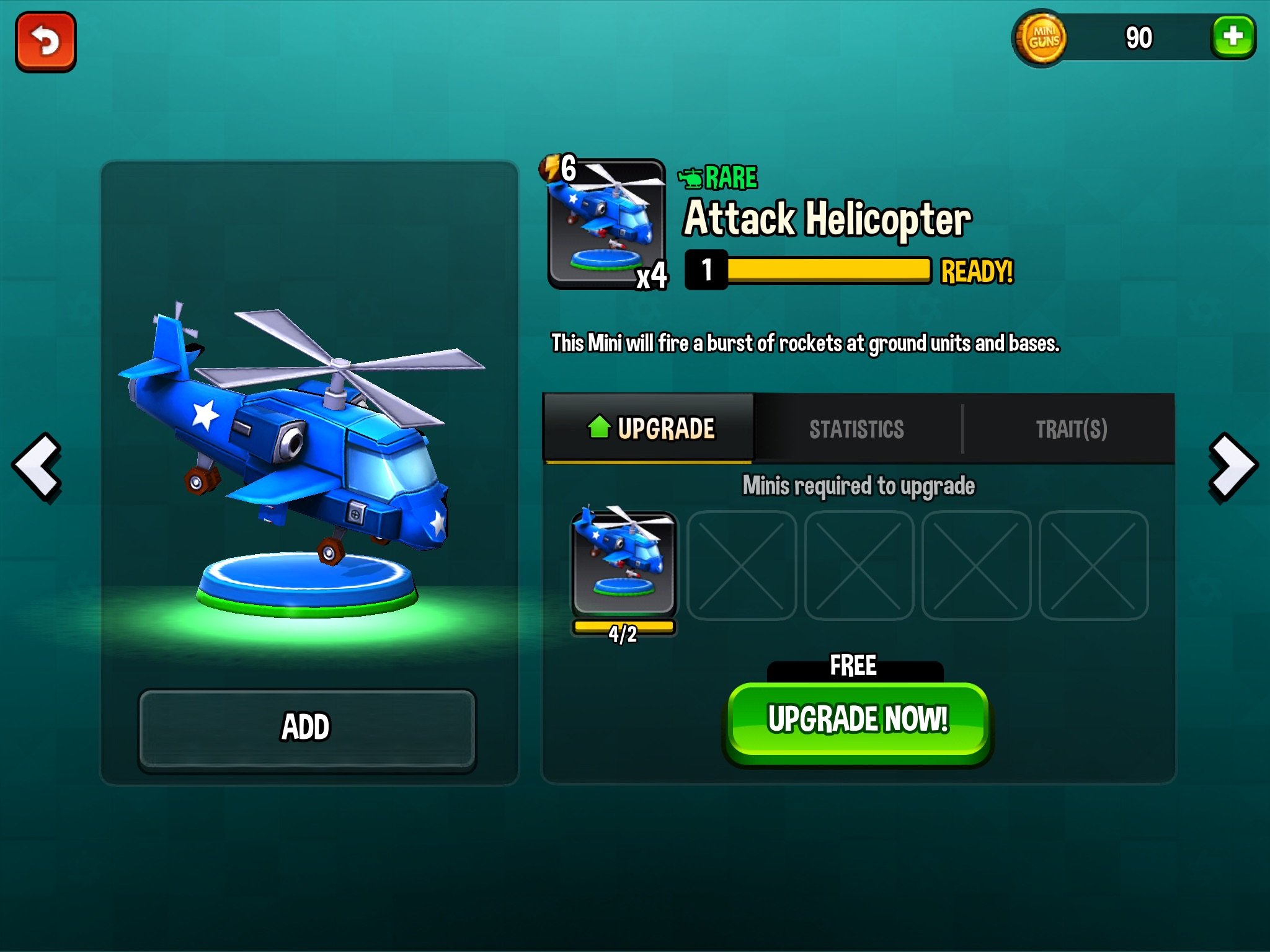 There are about 100 to choose from in total, initially divided into ‘republic’ and ‘dominion’ camps (red and blue). Among the minis you’ll find reinforced bases, soldiers with varying responsibilities (infantrymen, rocket launchers, soldiers who operate howitzers), and vehicles (tanks, helicopters, planes). The challenge in Mini Guns is to deploy these minis most effectively during gameplay in order to protect your base and destroy the opposing one.

Mini Guns doesn’t offer a free-for-all. There are some pretty strict constraints in play here. Your ability to deploy minis is limited by the energy points you have available. Energy points are released over time so it’s a bit of a waiting game, although you can get a boost if you capture one of the energy packs in the field. 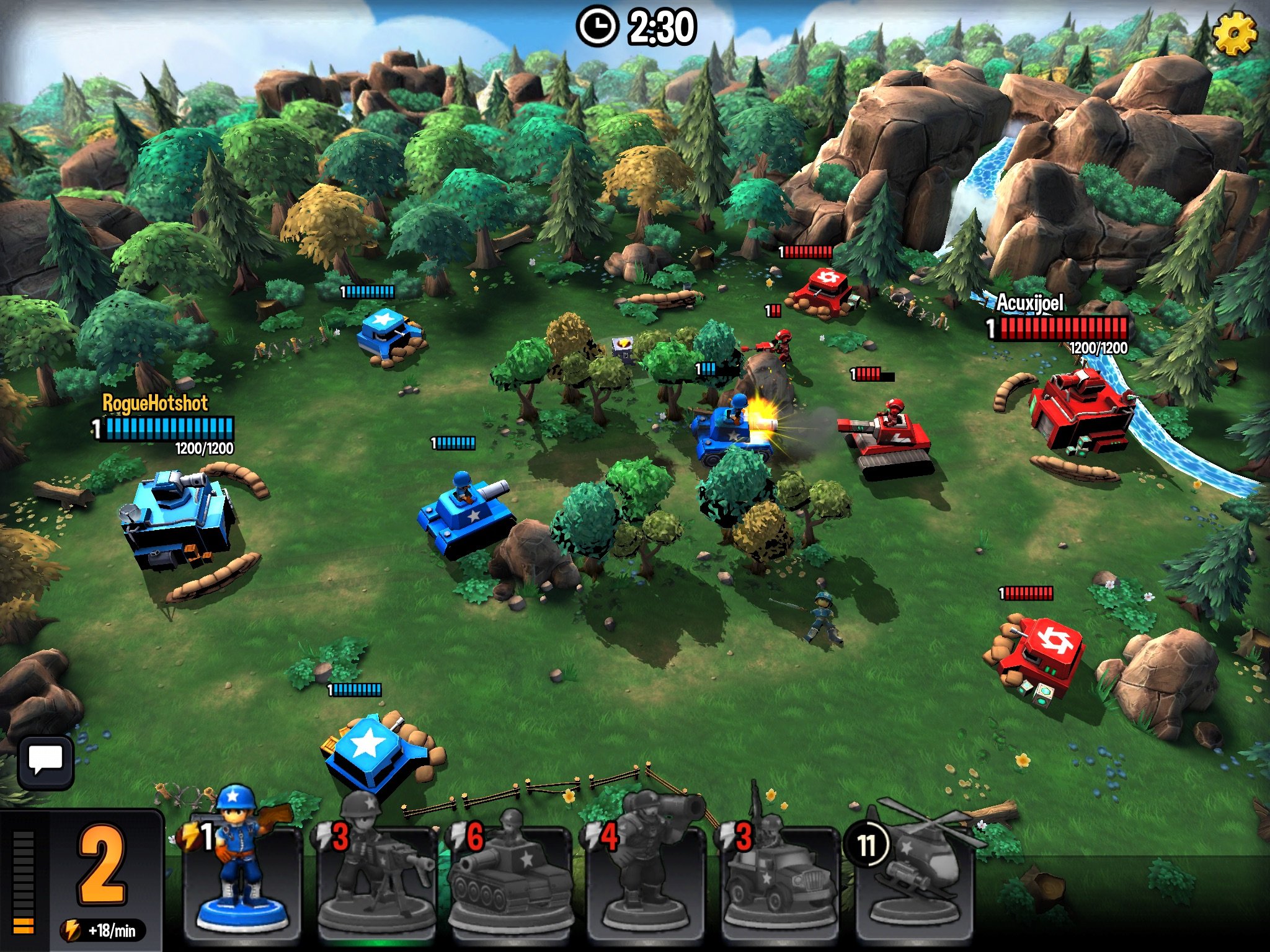 You have to choose carefully whether to save your points up to deploy some heavy machinery or deploy lower powered minis more rapidly to try to deal with an incoming onslaught. If neither side wins during regulation time, the field is obliterated and you enter a sudden death overtime where points accumulate more rapidly.

Mini Guns is the first major release from Riposte Games, formerly Cloudcade Canada, so the team behind Mini Guns has a wealth of mobile multiplayer experience, though the main thing holding Mini Guns back right now is game performance. It is possible that much of this comes down to an issue where the servers are overwhelmed with unexpected demand, but for some players issues getting past the tutorial crashes might be too much for many players to push through. 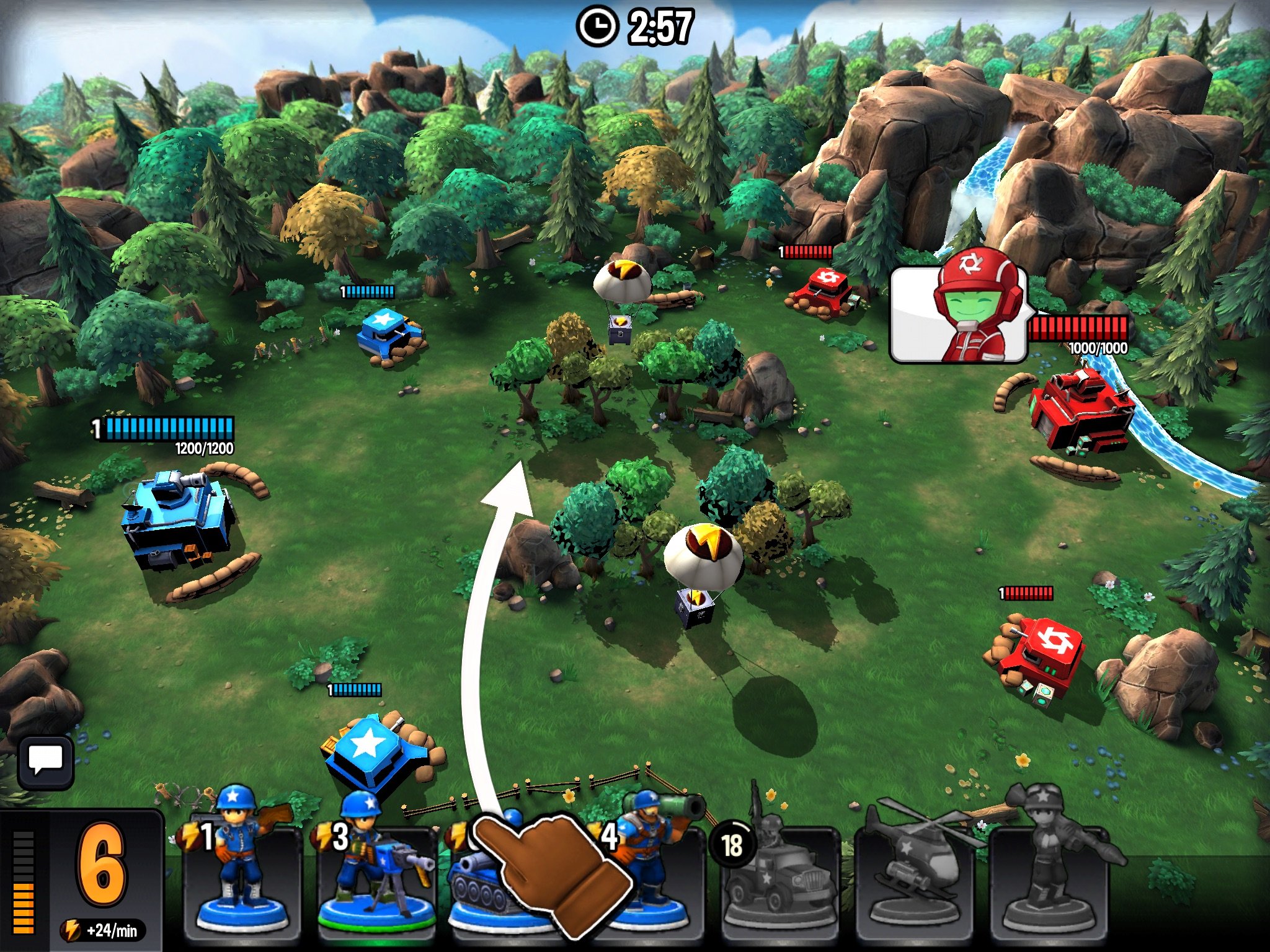 On iOS there was a repeat issue where after completing the tutorial, rather than returning to the main menu, a blank black screen appeared and did not change. Reload the game and you were sent straight back to the tutorial. The only way to get through was to skip the tutorial. This occurred even on a brand new, latest-gen iOS device.

There’s also something of an issue with matchmaking. Sometimes when you head to ‘The Forest’ (the battle zone) you find a match with no problem. Other times you’re stuck on registering for ages before it goes through, while in others the registering screen leads nowhere. 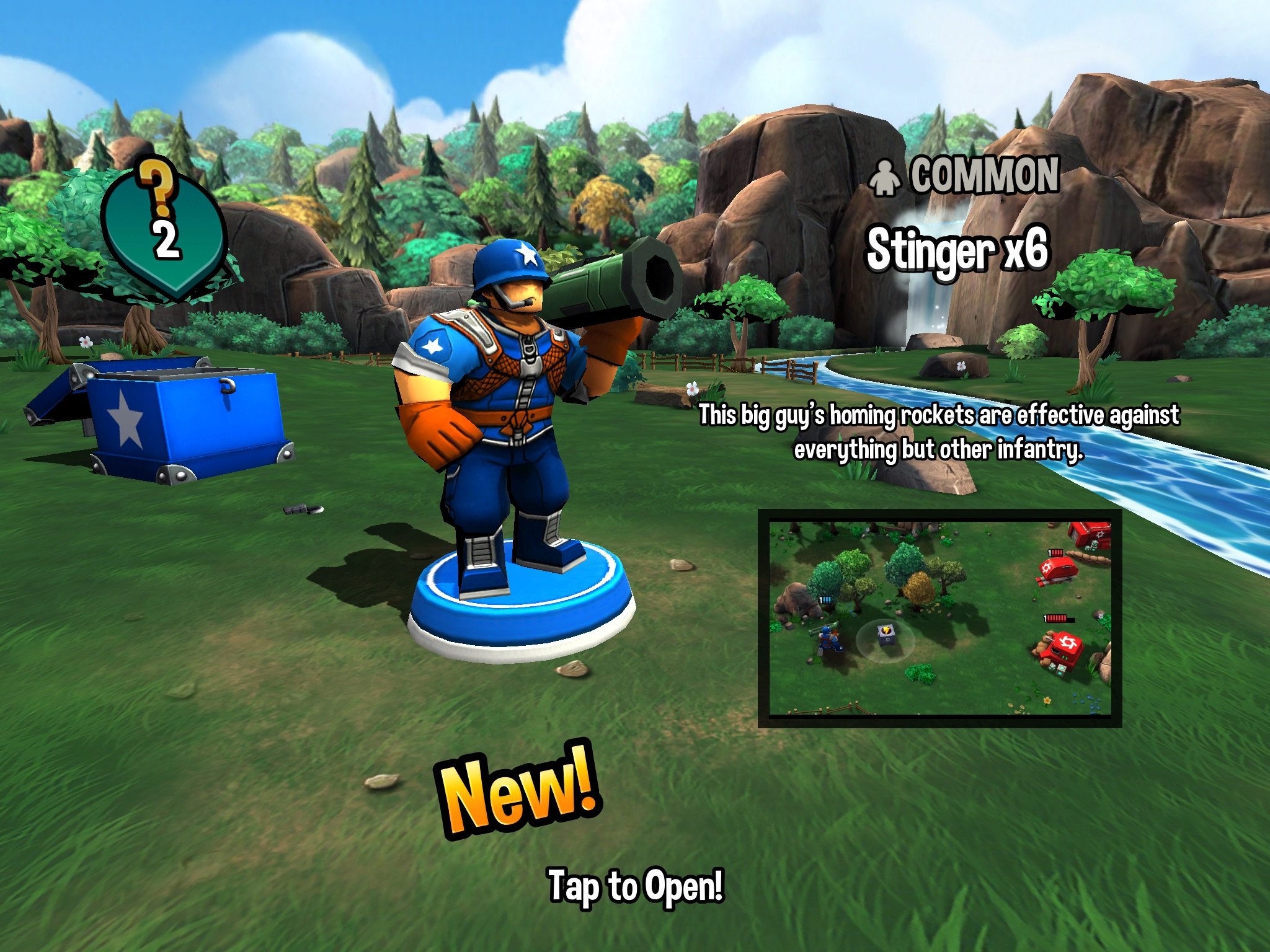 Given the extensive beta testing that was carried out on the game, it’s a bit harder to understand the persistence of these performance issues at the time of global release, but sorting them is likely the team’s top priority. Once these are resolved, Mini Guns will be a stronger game.

Overall, even leaving the performance issues aside, it’s unlikely that Mini Guns will be the best mobile game you’ll ever play. It’s fun, but once you’ve collected all the minis on offer, the game loses its major hook. Still, for the first several hours or days you might just discover that you’re more of a fan of strategy games than you were before.