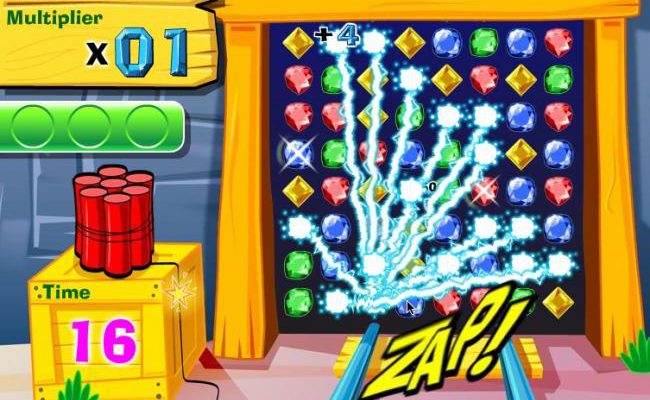 King.com’s Miner Speed takes the match-three gameplay and one minute time limit from Bejeweled Blitz and offers a few slight variations on this popular formula. However, these slight variations are just that – slight, and don’t do enough to make the game stand apart from its extremely popular competition.

To put it briefly, Miner Speed is a match-three puzzle game that sees you making as many matches of three or more like-colored jewels within a 60 second time limit as possible. You’ll earn point multipliers that increase your score for the rest of that individual game, and you’ll be able to track your scores against both your friends, and against players in your own country or abroad via built-in leaderboards. 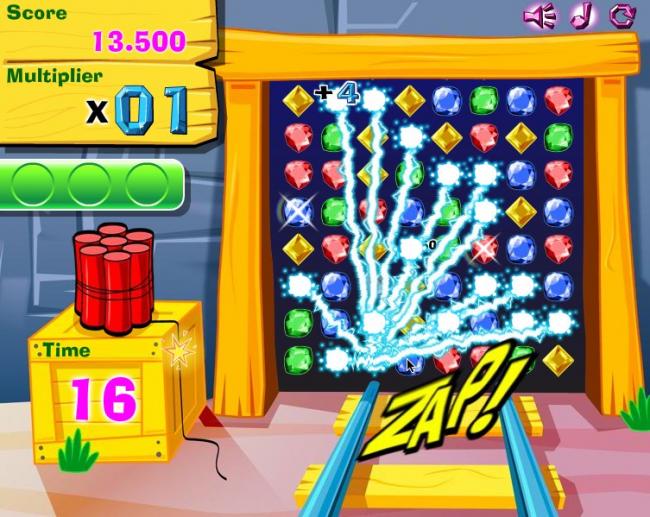 A few differences are present here in Miner Speed that you won’t find in Bejeweled Blitz, with the biggest of these being the ability to make matches of gems that don’t have to be in a straight line, either vertically or horizontally. Sure, those matches are still available, and you’ll likely spend the majority of your time making these traditional gem swaps, but you can also make groups of five or more gems that create skewed T and L shapes.

Each time you create a match of five or more like-colored gems, a color bomb appears on the screen. Swap this with any gem and you’ll instantly remove all of the same colored gems from the board, but that’s nothing we haven’t seen before elsewhere.

Another positive difference here is in the way bonus multipliers are applied. Instead of requiring you to create a mass explosion or combo chain as in Bejeweled Blitz, here, multipliers automatically appear after every 20 gems that you destroy. They don’t have to be the same color gems, they don’t have to be destroyed at the same time – just play as normal, and after 20 gems have been removed from the board, one will transform into a multiplier gem which can be removed as any other normal gem. 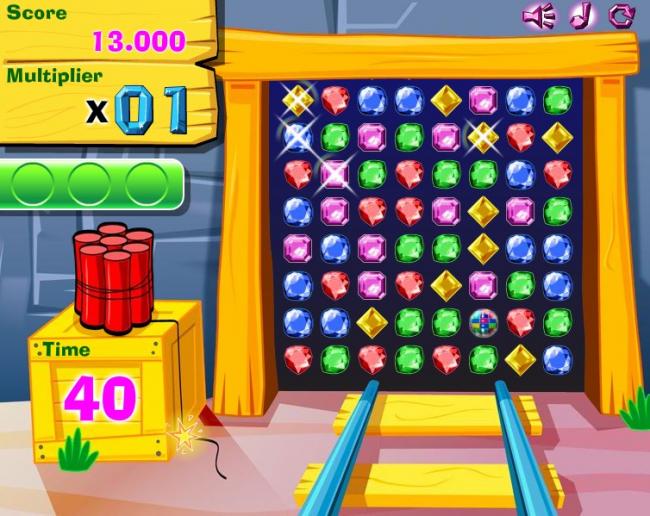 This creates the potential for massive scores, as, depending on your own skill level (that is, how quickly you can spot matches), you can destroy dozens of gems, rack up a multiplier of 30 or more, and watch your score soar into the millions.

As you play games, you earn Gold which is the equivalent of Bejeweled Blitz‘s bonus points, that can be redeemed for power-ups, like one that allows you to see an outline of the aforementioned uniquely shaped 5-gem matches, which might otherwise be hard to spot on your own. You’ll unlock a new kind of bonus every day you come back for the first few days that you play, as a way to inspire player loyalty.

Leaderboards are available throughout your gameplay experience. You can track your best score for the current week against your own friends that have played the game that week, the best scores in your country, or the best scores all around the globe. 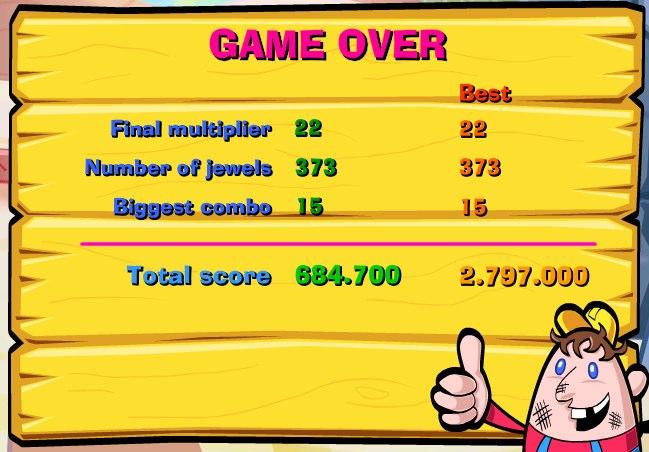 While the game technically functions fine once you’re playing, there are intermittent loading issues to be aware of (such as the game freezing at the loading screen, requiring a refresh), along with the annoying inability to pause a game once it’s started. You can instantly head to the main menu at any time, but you’ll lose all progress in your current game.

With a new “Customize your Character” portion being listed as “Coming soon!” there does seem to be some potential for Miner Speed to break out of the shadow of games like Bejeweled Blitz, but as of right now, the game just isn’t different enough to really warrant a full switch from one game to another.