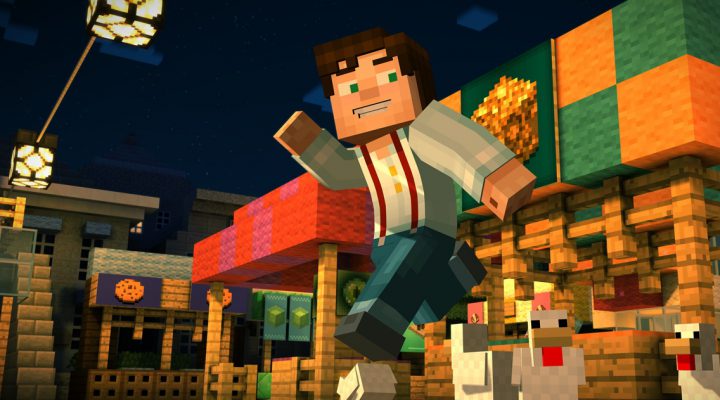 Puts an interesting twist on the Minecraft aesthetic

Did somebody say crafting?

Barely any challenge to it

Signing up for a Telltale Account for cloud saves? Really?

When Minecraft took the video game world by storm, it opened peoples’ eyes to the possibilities of playing in a real sandbox, as opposed to just a big map with quests in it. I think the reason so many were drawn in by this game (that, honestly, isn’t much to look at) is because it wasn’t telling them a story but rather letting them tell their own

With that said, I was still unsure of how Telltale could take something with no real defined story and turn it into something like Minecraft: Story Mode. It’s almost entirely story. Heck, it’s even in the name.

I should never doubt Telltale. 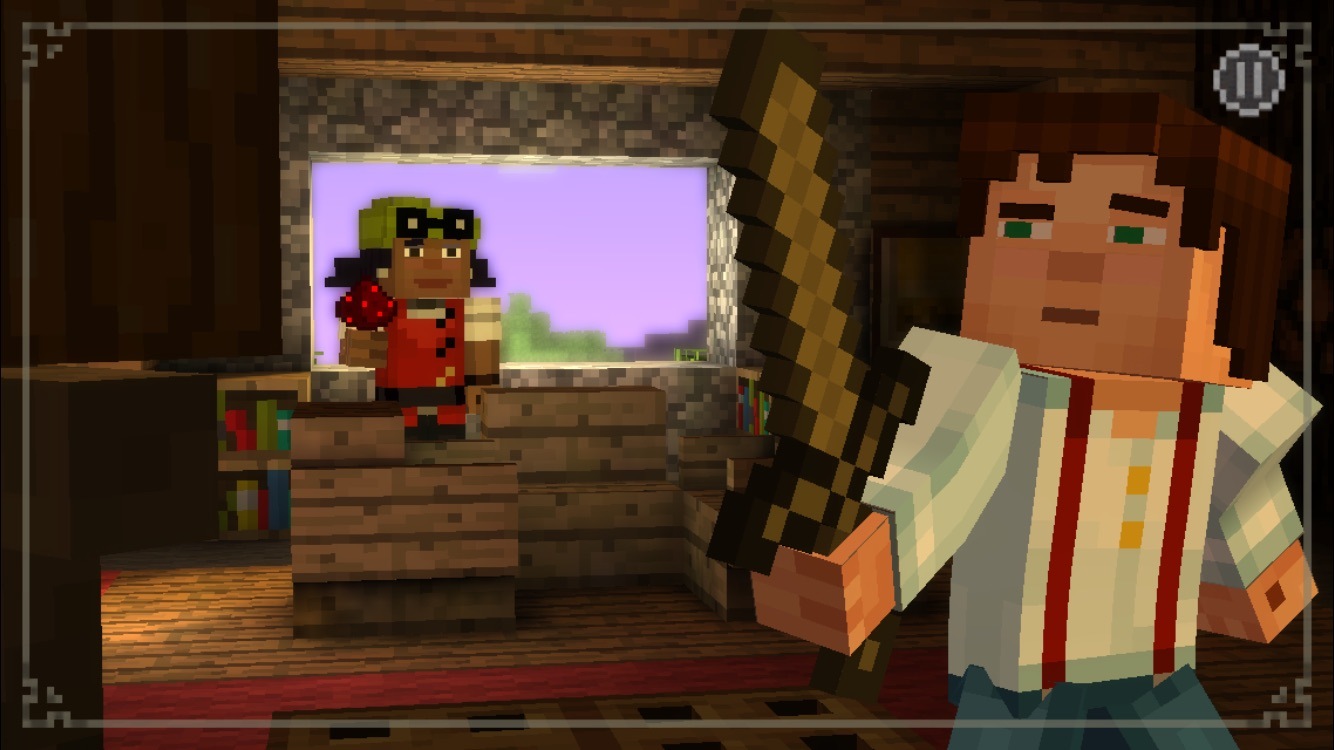 The first episode of Story Mode starts out, appropriately enough, with little fanfare. A group of friends (plus one pet pig) are trying to make a name for themselves by building the most impressive whatever for a festival called Endercon. Of course, it isn’t long before this simple premise takes a turn and these friends have to band together to save the world. It’s actually pretty impressive how well the story and interactions start to build and become more complex (and even intense) as things progress – much like how your own game of Minecraft might go from hours spent punching trees to even more hours spent exploring large, dangerous cave systems and parts beyond.

Without giving too much away, the story for this first part of Minecraft: Story Mode is pretty compelling. Most of the characters are likable, the dangerous moments definitely feel tense and dangerous, and there’s a fair bit of action to keep things moving. And the main threat these characters have to deal with is surprisingly (and legitimately) scary. 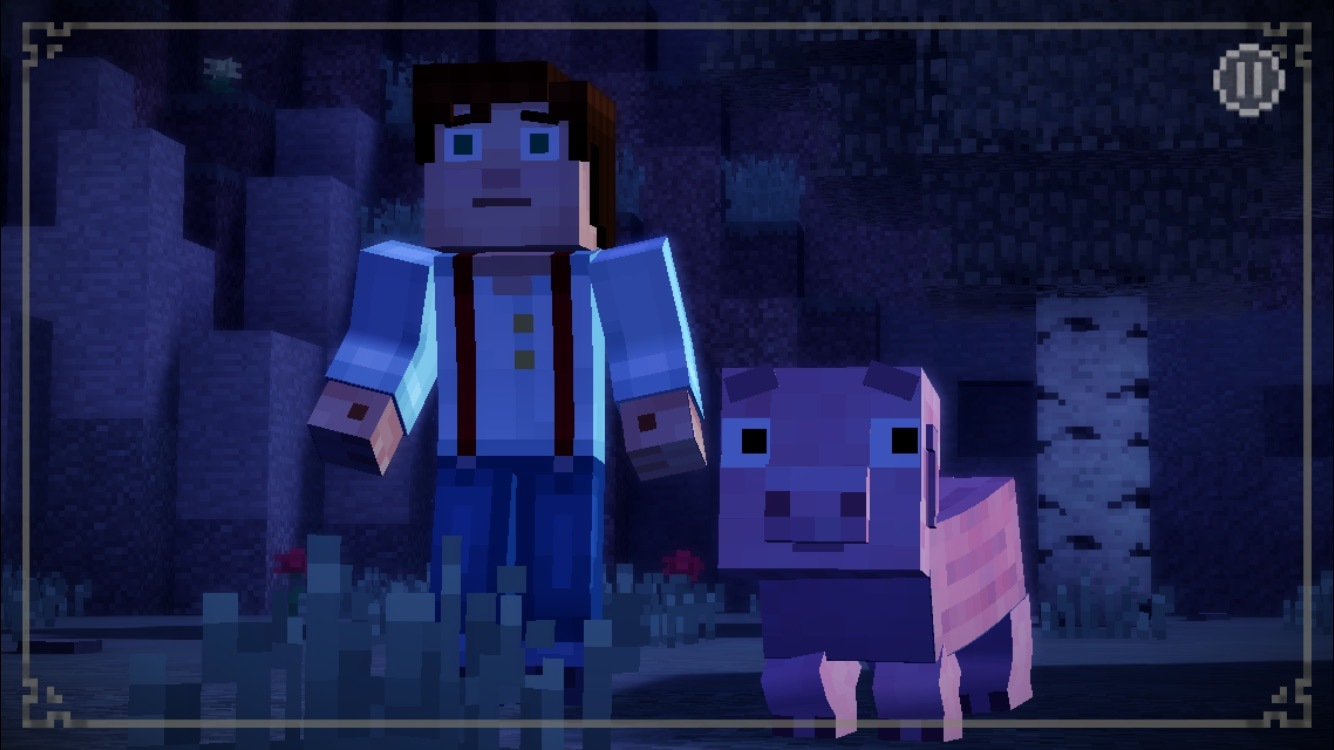 What’s also impressive is how much effort was taken to liven up the classic Minecraft aesthetic while still maintaining what makes it so recognizable. Character models are still blocky and items are still mostly flat, but the animations are quite a bit more “human,” and there’s more detail to the environments in general. Despite the general blockiness, there are some really impressive bits of scenery here.

The acting is also quite good, with several recognizable voices dotted throughout this first chapter. Everyone plays their part well and brings quite a bit of personality to their characters, but it can sometimes be a little distracting to notice so many voices from Futurama, or how the female version of the main character, Jesse, sounds quite a bit like Azula from Avatar: The Last Airbender.

Again, these are all great actors with great voices, but they can be a bit too distinct for their own good at times. 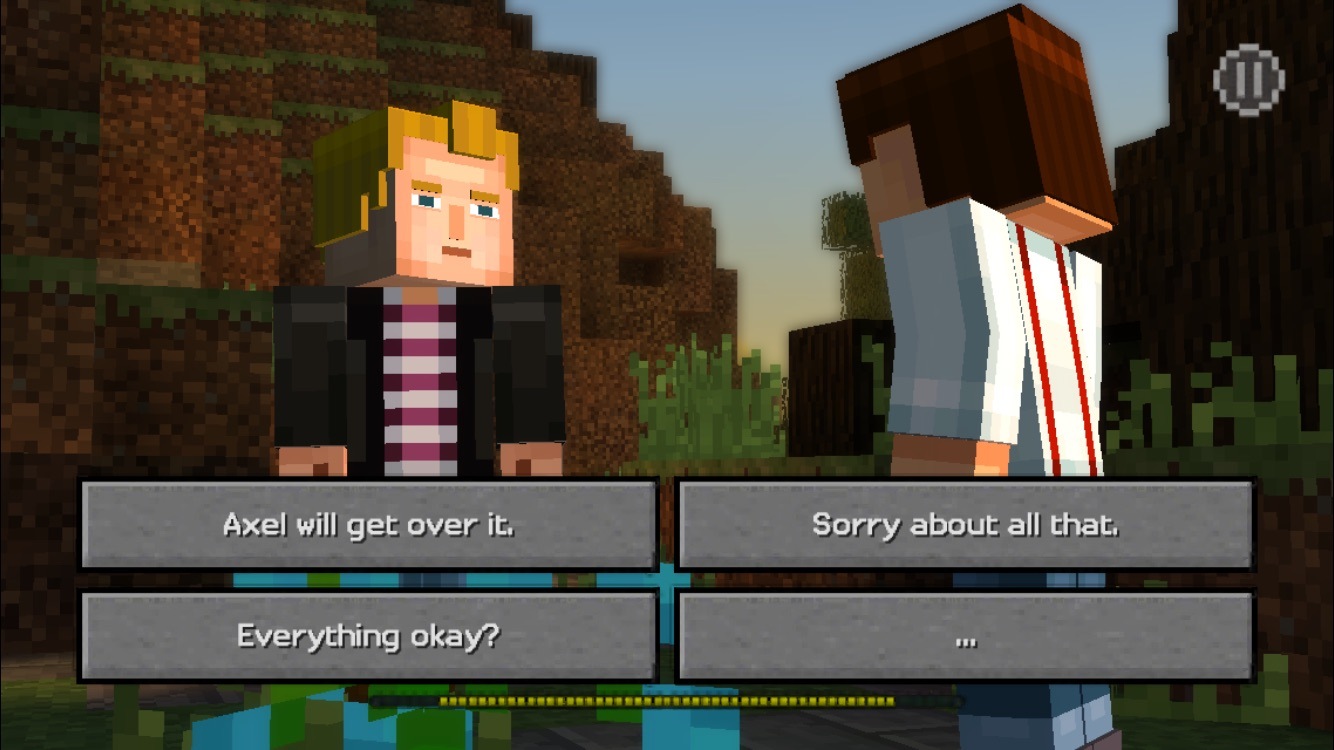 That said, Minecraft: Story Mode is still very much a Telltale game. There are lots and lots of timed dialog moments, with characters remembering and reacting to what you choose. The action segments are mostly (but not entirely) quick time events where you have to tap or swipe correctly to avoid damage or death. And, sadly, there really isn’t much in the way of actual puzzles. I can only recall two moments that I would consider to be real puzzles (instead of just tapping on a location and watching a scene play out), and neither one was particularly satisfying to figure out. It also feels like it ends far too soon, but that sort of comes with the territory when you’re playing an episodic game these days.

Oh, but there’s crafting! You can’t have Minecraft without the crafting, right? 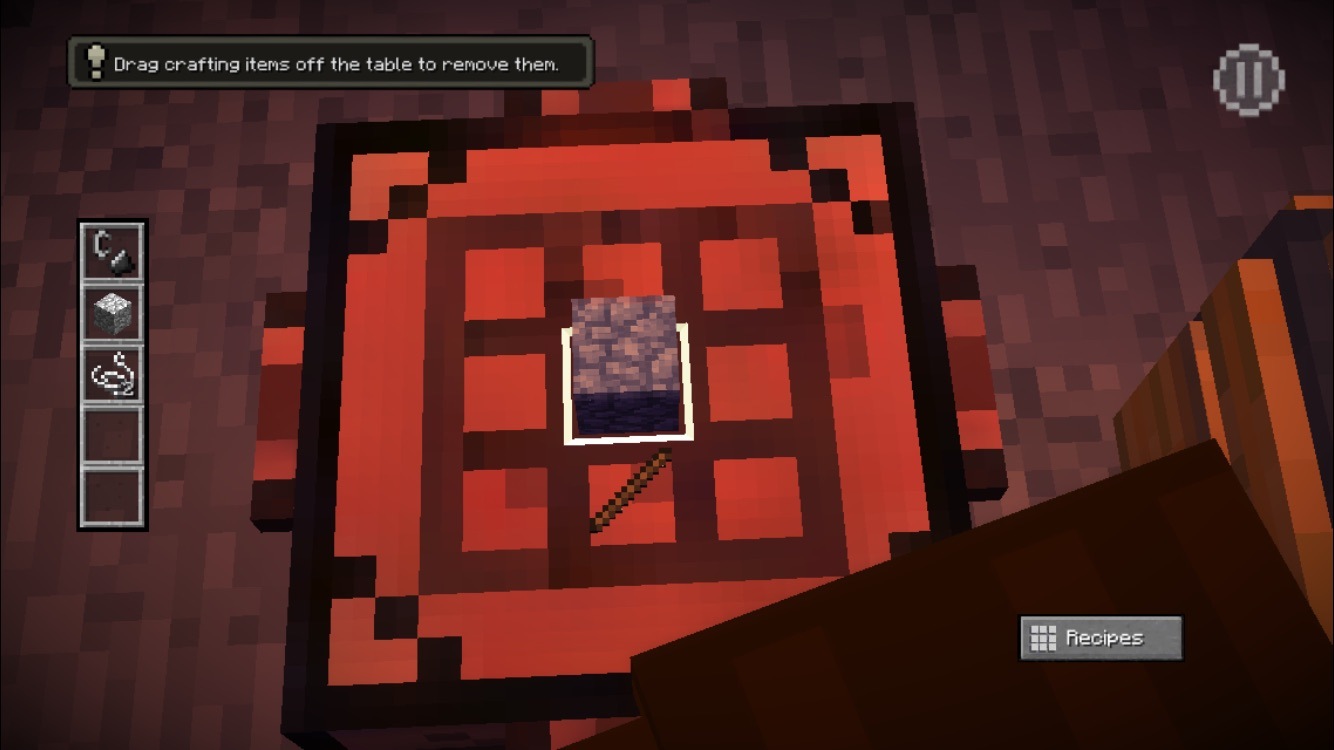 But honestly, I only have one real major gripe about Minecraft: Story Mode, and that’s the insistence on signing up for a Telltale Account. I know, I know, we live in the days of superfluous signups because several publishers don’t really know how to video games, but keeping cloud saves hidden behind this nonsense? Really, Telltale? I can’t think of a single valid reason to force players to do this if they want to use cloud saves. Not one.

Kinda shifty account creation shenanigans aside, Minecraft: Story Mode is pretty excellent. It kicks off what looks to be a pretty epic story, features some fun and interesting characters, and does an extremely good job of combining the intentional ‘roughness’ of Minecraft’s look with something that feels more contemporary. I can’t wait for episode two.