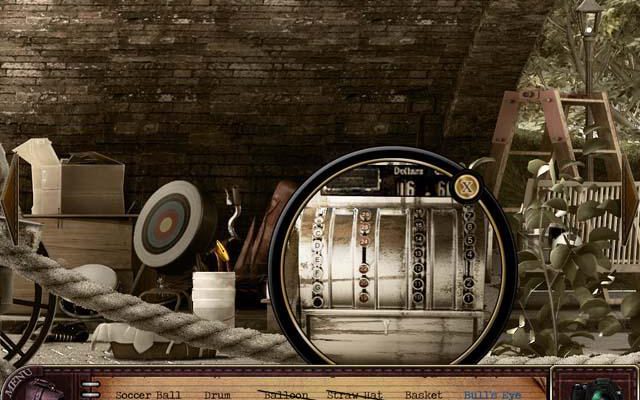 Playing Mind’s Eye: Secrets of the Forgotten is a bizarre experience. I wanted to like it, I really did, and for the first hour I thought I would. It starts strong, with a grisly murder and the promise of a story that’s actually going places, but after awhile it starts to spin out of control and eventually stops making any sort of sense whatsoever. In the end, all that early potential goes nowhere at all and the game, while decent, never manages to be noteworthy for anything except what might have been.

The game opens with the mayor of the city of Vernida calling it quits on another day at the office, ready to head home for a night out with his wife. But in a surprise twist, instead of leaving his top-floor office by way of an elevator or the stairs, he takes a swan dive out a window. Suicide! Or was it? As Gabrielle, intrepid reporter for the Weekly Seventh newspaper, it’s your job to uncover the truth: A truth that will lay bare secrets deeper and darker than she could ever imagine. 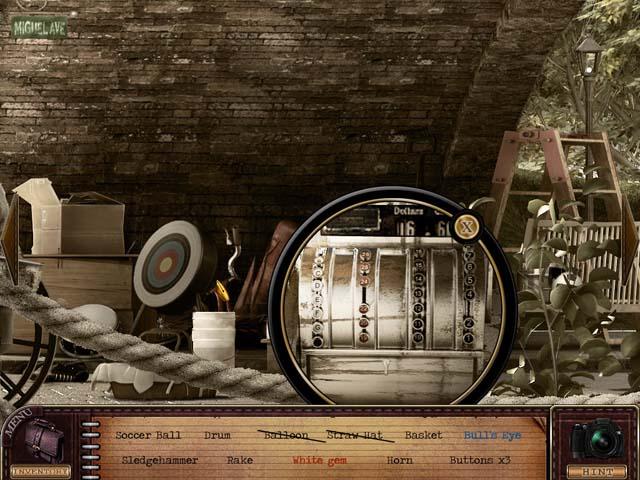 Sinister strangers, dark secrets, powerful evil and a bold investigator determined to get to the bottom of it all is pretty basic stuff for HOGs these days. Yet Mind’s Eye gives a strong impression that it’s going to offer up more, that this game will actually tell a worthy tale rather than just hacking up an excuse to string a bunch of puzzles together. Sadly, this is an illusion; there will be a resolution of sorts but no explanation for any of it, which is doubly unfortunate because there’s an awful lot that could use some ‘splainin’.

Since that’s not in the cards, what we’re left with are straightforward object searches and the obligatory puzzles that fall in between. Unlike some new additions to the genre, Mind’s Eye focuses primarily on hidden objects. The levels are clean but unremarkable, and items are generally quite easy to find. A few are rather nondescript and tricky to pick out as a result but on the rare occasion that one proves stubborn, the game’s very generous help system will simply point it out and have you on your way in no time.

Some of the usual HOG interaction is required at a few points throughout the game – find a screwdriver to pry open a cupboard, for instance – but more interesting is the “three-dimensional” level design. Each hidden object level is split into two “layers,” a foreground and a background, which extend left and right beyond the boundaries of the screen and provide a simulated shifting perspective when moved. Some objects in the background are hidden behind the foreground, requiring players to “move around the room” to reveal them, while others will have to be combined before they can be collected, such as a photograph in the foreground that must be overlaid on a picture frame in the background. It’s a gimmick, but a good one, and the more I played, the more I liked it.

The other puzzles are more of a mixed bag. One of the early examples is a codebreaking brainteaser that caught me completely by surprise and I’m almost embarrassed to admit how thrilled I was to see a new kind of puzzle in a HOG. On the downside, it also sharpened the disappointment I felt a short time later when I was smacked in the face with, yet again, the Towers of Hanoi. All the between-level puzzles can be skipped but only after a timer, which grows longer with each passing puzzles, finishes counting down. 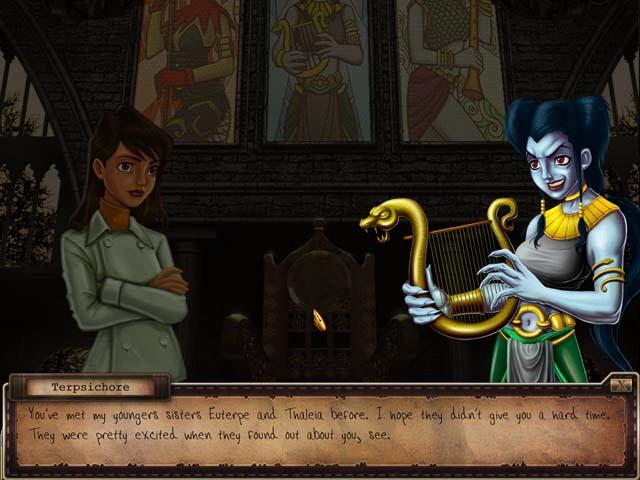 The game’s cut scenes are also unusual, to say the least. For the most part, they feature simple, hand-drawn graphics that look like something out of a Hanna-Barbera cartoon, but every now and then other elements done in completely different visual styles are tossed into the mix too, and the effect can be a bit jarring. The scenes themselves unfold very slowly and while they can be skipped, doing so bypasses what little connective tissue there is holding the story together. Fortunately, in one sense at least, the very short length of the game means that most players will be able to afford to waste a few extra minutes watching the interludes and trying to make some more sense out of what’s going on.

And that, now that we’ve got to it, is the straw that broke the camel’s back: Mind’s Eye is shockingly short. I was able to finish it in a little less than two hours of not particularly hard-driving gameplay. Mind’s Eye boasts 20 locations and ten mini-games, but since it only takes a few minutes to run through each, it adds up to… well, not a lot. An aimless plot and run-of-the-mill visuals can be forgiven when a game compensates with hours upon hours of hidden object searches, but when it can be put away in less time than it takes to watch two episodes of “Castle,” such shortcomings are much harder to excuse.

That, ultimately, is the bottom line: There are simply too many shortcomings to overlook. The gameplay shows flashes of potential and daring but then slips back into the tired old HOG conventions while the story, which begins with so much promise, ends in a disconnected flurry of near-randomness. There are no extras to keep players coming back, like high scores, bonuses or achievements, and object searches are exactly the same every time through, so replay value is effectively zero. With so many better choices available, Mind’s Eye: Secrets of the Forgotten is just too forgettable to bother with.