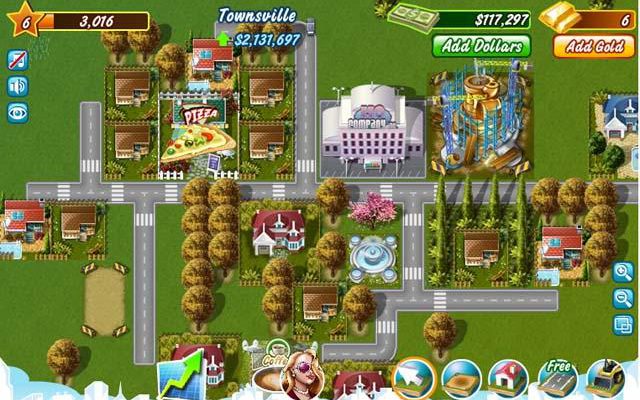 Millionaire City is an honest game: you will build a city and probably become a millionaire.

Millionaire City‘s goals aren’t nearly so nebulous as in Sim City, thanks to Millionaire City‘s strong mission system, but the bulk of the gameplay is essentially the same. You start with very little and try to build it up into a thriving metropolis, while also building your development firm up into a multi-billion dollar affair. 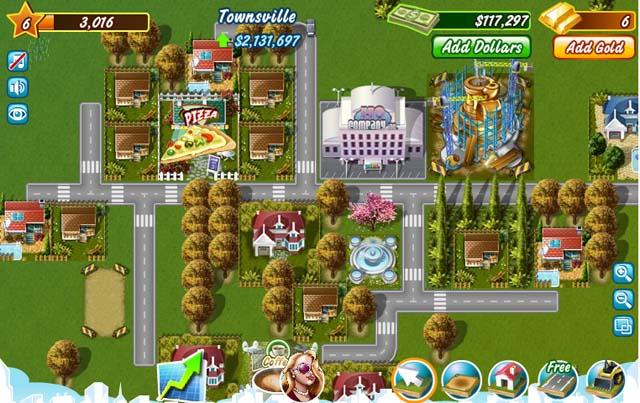 Millionaire City is much less concerned with city planning, though. The real crux of the game is earning money by managing your property’s renters. You can build various sorts of houses once you’re past the tutorial, which you can then rent out to a certain type of tenant for a certain period of time. As is typical of these games, the shorter leases earn more money while longer leases tend to be more convenient. If you don’t collect rent in a timely fashion, your renters will abandon the property, which costs you money. The only way to earn money besides rent involves building business as you level up. Businesses generate money every few minutes at a rate based on how many people live within a business’s sphere of influence, which tends to lead to you micromanaging your entire city’s layout based on getting houses near your businesses. You can also boost rent by putting in decorations, like landscaping, around houses. The bonuses are cumulative, so you’ll also want to design your city with keeping tons of trees around your houses as a priority. 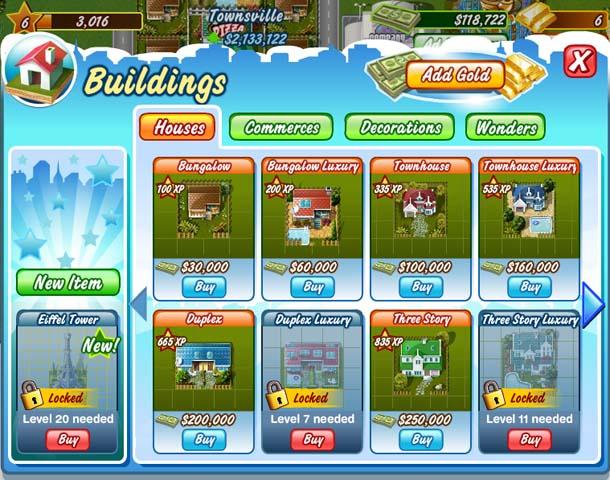 When you initially start playing the game, you’ll find a very detailed mission system in place to ease you in to the rhythm of city-building and help teach you how the engine works. As you level up, your mission requirements become broader. They still give you a bit of direction in developing your city, but stop demanding that you do a particular discrete thing to advance. Instead you get missions that ask you to, somehow, raise your company’s valuation to $5 million, which can be accomplished in any number of ways.

Beyond the basic city-building, there are some social features that are promising but don’t seem to open up until much later in the game. You can visit another player’s property and “level up” their houses, for example. It’s not totally clear what this does, but it seems to boost your friends’ income. Friends can also opt to invest in your company to give you access to more money, with your friend eventually making money after awhile if you’re successful. This is certainly a welcome change after countless games where socializing consisted of no more than sending gifts friends. 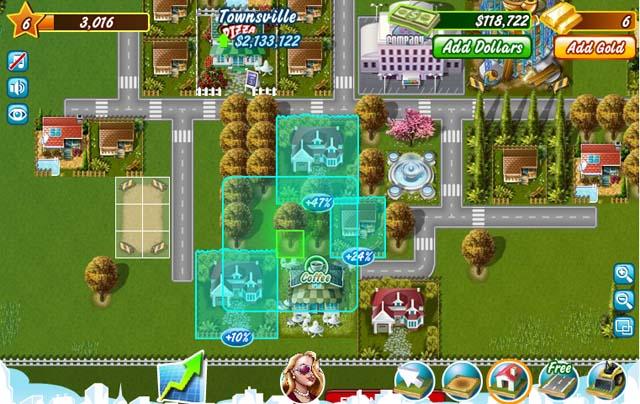 Millionaire City is a game that looks and sounds exceptionally good, easily on par with any casual city-building game. Buildings are detailed but easy to identify, as are trees and the Wonders you’re able to build early on. The game’s music is soothing if you opt to listen to it and its sound effects satisfying. Really, there’s not much wrong with Millionaire City besides the game’s slow initial pace. Earning enough money to afford more houses so you can… earn enough money sometimes feels grindy, but in a way that strategy fans should have no trouble dealing with.