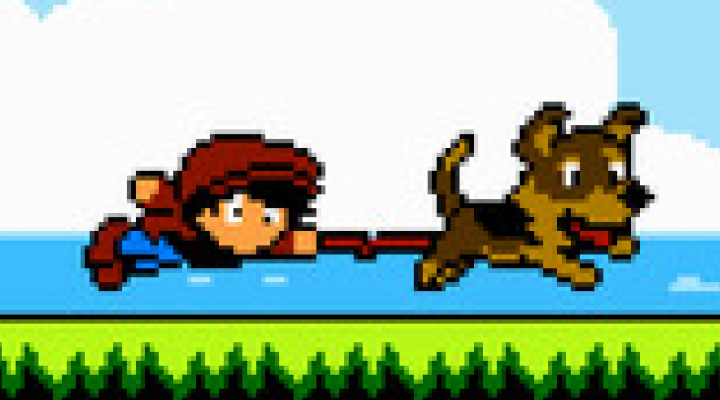 Offers the occasional moment of respite while running

Some controls could use a brief tutorial

Miles & Kilo kicks off with the duo getting caught in a storm while flying over a very haunted-looking island. Then a ghost hits their plane with lightning, and I find myself wondering why they were in a two-seater plane to begin with. I’m guessing it has something to do with the game that came before it (Kid Tripp), which I never played. Then I remembered that it’s a video game, and who cares?

After crashing on the spooky island inhabited by jerkface ghosts, the duo is forced to search for the pieces of their plane in the hopes of escaping. Thanks for nothing, jerkface ghosts. What this amounts to is a series of auto-running levels that mix things up a bit more than expected by way of contextual commands and what I guess could be loosely (VERY loosely) described as vehicles. 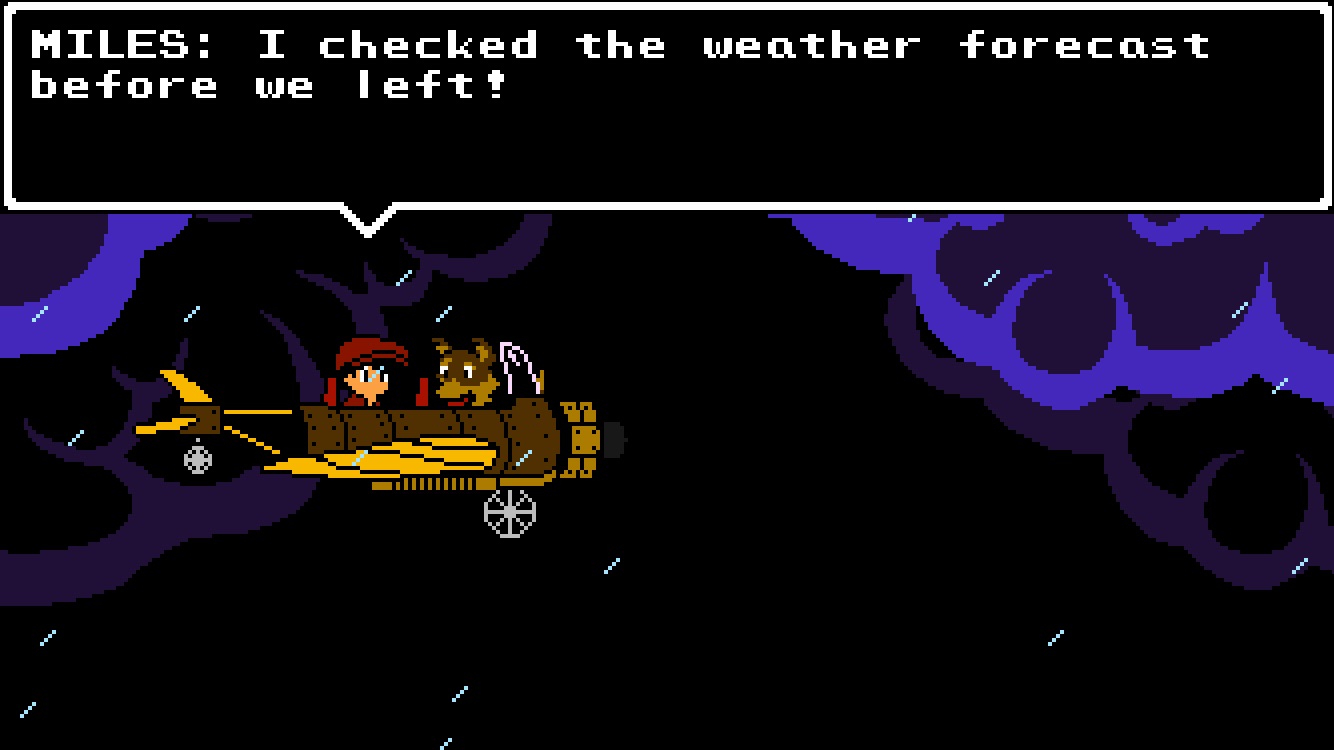 I dig Miles & Kilo as an auto-runner. For one thing, it’s tough but not frustrating — which is a huge plus as far as I’m concerned. You fail immediately if you touch an enemy or a hazard or fall into a pit or whatever, but restarting is quick and you can always see what’s coming. Heck, the enemies are even color-coded so you can get a feel for which ones will go high or low. This is a great thing, and I always appreciate it when other runners do something similar. It’s also great how running into non-lethal stuff like a rock or a wall simply causes your character to stop moving rather than injure them. It gives you a bit more leeway while getting a feel for each level, gives you time to think if you need it, and will affect your completion time so there’s actually sort of a reason not to do it if you prefer the challenge.

There’s also some variety to the levels thanks to different object interactions and “vehicles.” Mapping contextual commands to tapping the right screen was a smart move as it will toss fruit at enemies by default, smash through weak walls if they’re in the way, jump on to and off of vines, and auto-target and attack enemies from a distance to name a few examples. It’s all still essentially auto-running, but all these little changes really go a long way towards keeping things from feeling too repetitious. 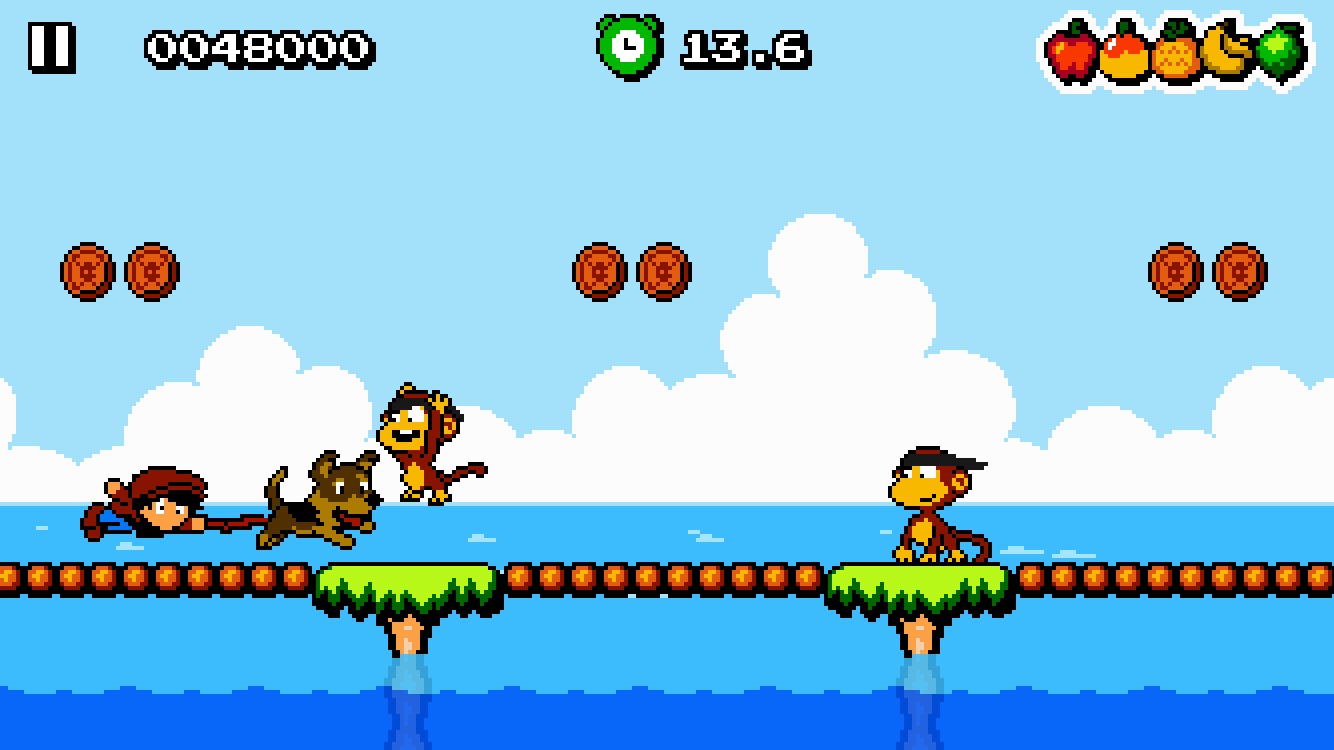 I did have a couple of issues while playing Miles & Kilo, though. One thing that’s sort of good and bad at the same time is the lack of any sort of tutorial. I do like that there are no obnoxious text boxes popping up to tell me how to perform basic actions that I already know how to do because I’ve played a video game before in my life and for the love of god stop interrupting my groove I know how to freaking jump!

It is a bit of a bummer that some of the less obvious actions aren’t mentioned either, though. Stuff like how Kilo can lock on to enemies and chain “air dashes” together would be good to know going in. Of course it doesn’t take much to figure it out either, so I suppose this is an issue that will just depend on your own temperament. 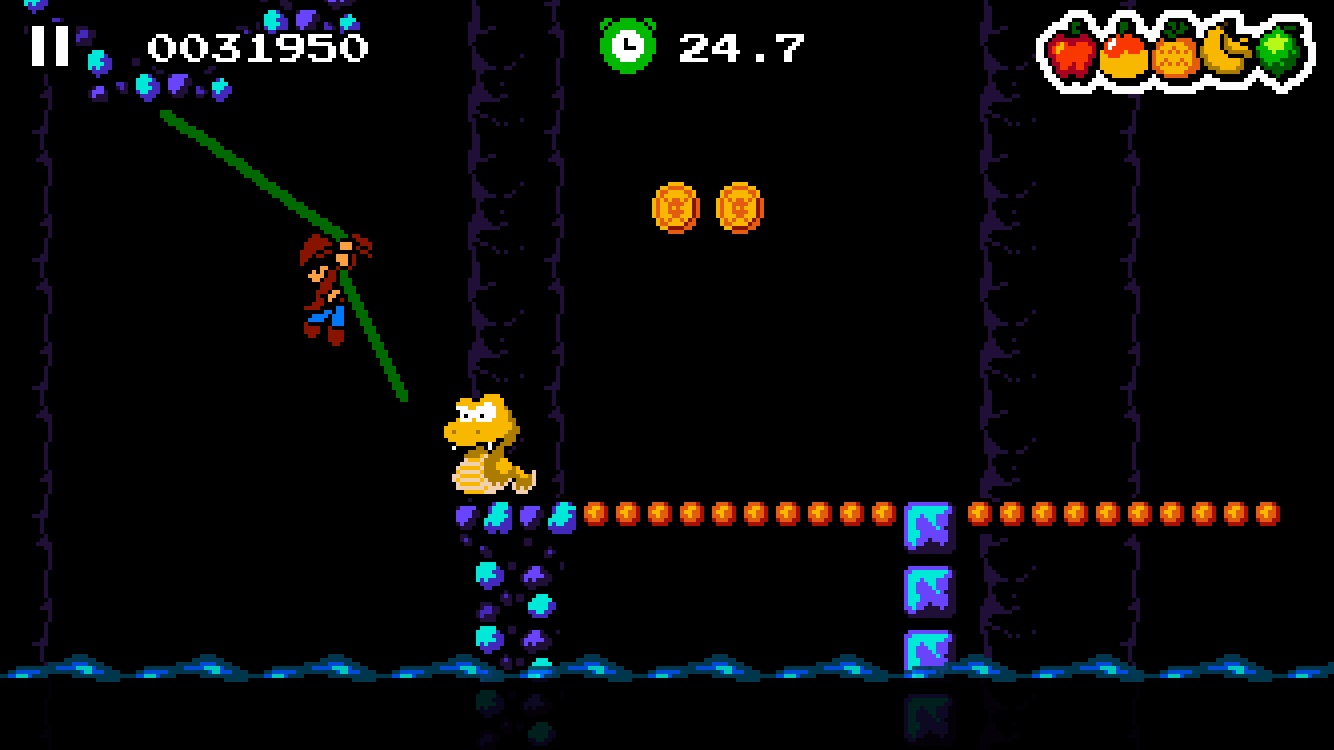 Another less personal gripe is how Miles won’t act if you tap the screen too quickly in succession. It’s plenty responsive for performing one action at a time, but when things started to speed up I found myself failing more than a couple times because he’d smack into the second or third enemy in a line even though I was rapid fire tapping the screen. Using paced and measured tapes seems to be the order of the day.

Sure I’ve got some minor quibbles about Miles & Kilo, but the game as a whole is plenty enjoyable. The slight but appreciated variety it offers is nice, it doesn’t treat players like infants, and it manages to be tough without resorting to frustrating punishment. All in all, it’s not a bad place to get marooned on.

Bit Heroes Review: Some Bits Great, Some Not